Hijau: The song that changed the Malaysian music industry

Zainal is understandably proud of his self-titled 1991 solo album, calling it a game-changer in the Malaysian music industry. Photo: The Star/S.S.Kanesan

Do you remember the first time you heard Zainal Abidin’s Hijau?

When the Johor-born singer released the song as part of his eponymous solo album back in 1991, it was a watershed moment in the local music industry.

It was not just because of the song’s pro-environment message, but also for how different it sounded – the world music genre was still relatively new back then, and the quaint use of tribal beats, traditional instruments, and Kelantanese dialect made Hijau stand out like a breath of fresh air in the musty, dusty fog of endless jiwang (emo) rock ballads.

A quarter of a century later, the song, the album, and the topics they covered are just as relevant today as when it was first released.

Star2 met with Zainal at his Shah Alam home to talk about making Zainal Abidin. The 57-year-old is understandably proud of the album that is arguably one of the most influential Malaysian albums of all time.

“Did my solo album change the Malaysian music industry? I believe it did. At the time, the industry was going crazy over rock music and Top 40 hits, so my solo album was something out of the box – a world music album that has a song about the environment,” he recalled, adding that it also broke the racial barrier, as everyone, all races, enjoyed the music.

Even before the album was launched, Zainal had already rocked the industry by leaving his role as the lead vocalist for Headwind, one of the most successful Malay rock bands of the 1980s. According to him, even though the band was incredibly successful, he was “suffering inside” throughout the 10 years he was with them.

'Love can be about a lot of things – you can love your parents, animals, water ... Personally, I love nature.' Photo: The Star/S.S.Kanesan

“I joined Headwind in 1979. At the time, we were a very popular club band, but somehow later we became a jiwang rock band. Every album we released had three to four songs that became big hits – Segalanya Mungkin, Kita Serupa, Meditasi, Pelangi...” he said.

“But after a few years with them, I was burning (out) inside. I was hungry, and I knew I could do more and contribute more to the music industry in Malaysia. But I did not have a chance (to do so with Headwind). The only way to go was becoming a solo artiste,” he said.

At the time, Zainal was especially enamoured with musicians like Peter Gabriel, The Police and Paul Simon. Simon’s seminal Graceland album was especially the main inspiration for Zainal Abidin.

Zainal said that the objective was not to make a Malay album, but a Malaysian album. He also wanted to create music that could make a difference.

“At the time, the topics of most songs were all about the love between a girl and a boy,” he lamented. “So we tried to portray love about something else. Love can be about a lot of things – you can love your parents, animals, water ...

“Personally, I love nature. And I missed the natural beauty of my kampung when I moved to KL. So, I decided to create awareness about environmental issues.”

Although environmental issues are a hot potato topic these days, it wasn’t so 25 years ago, which makes Hijau a song that was pretty much ahead of its time.

“That song is actually written by Mukhlis Nor. We were brainstorming for ideas for the album, and he wanted to know what I liked and did not like. But I just kept on talking about the environment and social issue,” Zainal remembered.

The song’s chorus also features Zainal singing in Kelantanese dialect, which was quite unique for a mainstream record at the time. But why Kelantanese?

“Because we wanted it to be a Malaysian song – to portray that we are multiracial and have many dialects. We actually tried different languages and dialects! We tried Tamil, Cantonese, Mandarin, Negeri Sembilan dialect, Perak dialect... But none of it gelled nicely,” he explained. “But when we used the Kelantanese dialect, it gave an ‘aroma’ to the song, it was more soothing and unique.”

The funny thing is, Zainal didn’t even know or understand Kelantanese dialect, and despite being coached by a language expert from University Malaya, it was plain to anyone who spoke the ­dialect that the singer was saying it all wrong.

“Not a single Kelantanese understood what I was singing!” he shared with a laugh. “The accent was wrong, the pronounciation was wrong, the delivery was wrong ... but it sounded pleasant and rhythmic, and that’s what attracted people.”

After he realised how bad his Kelantanese dialect was, Zainal initially wanted to record it again using an actual Kelantanese singer, but he was persuaded otherwise. “Many people told me that the most unique bit of the song was because that part is so wrong, so I kept it that way,” he said.

Conceptualised by Mukhlis Nor and produced under Roslan Aziz Productions (RAP), Zainal Abidin was a milestone in Malaysian music, not just because of the hits it produced, but also because of the way it highlighted various social and environmental issues in Malaysia, and utilised various Malaysian music instruments in the arrangements, including Malay gamelan, Indian santoor and sitar, and Chinese yang qin.

In the 1990s, Zainal was influenced by artistes like Peter Gabriel and Paul Simon, who were delving into world music.

“We worked as a team. Roslan was an excellent producer. But a good producer or good artiste would not do well without good musicians.

“And we were lucky to have everyone contributing their best talents into the album. That for me was the key to the success of the album. The whole team was hungry to create something new, different and adventurous. That was what drove us,” he said.

Although Zainal later released other albums that would be equally well-received, including Gamal in 1993, Terang ... Sang in 1995, and the Bahasa Malaysia version of Walt Disney’s Tarzan soundtrack, Zainal Abidin remains his most important work to date, with the song Hijau as his most recognisable number.

“For me, Hijau was the benchmark. To create something better than Hijau is impossible. What I can do is to prolong the legacy and message of Hijau. That is the best I can do now. I will not be able to surpass Hijau,” he concluded.

The inspiration behind his songs

Hijau may be the best-known song from Zainal Abidin’s eponymous album, but other songs featured in Zainal Abidin are equally good. Here, the singer explains the inspiration behind each song.

Senang-Senang: This song is about people taking advantage of other people, and taking credit for other people’s work.

Telaga: This is about politicians who like to make empty promises! It is a good song, and something to make people realise they can’t trust politicians 100%!

Inayah: It’s a play on the word anayah (which means aid). It is about me, coming from a background of being a victim of child abuse. I didn’t want to refer to it directly, so we changed it to the name of a girl who was also victimised physically and mentally.

Damai IV: This is about a couple who commits adultery. We wanted to deliver a message about the future of a child who does not know who his or her parents are.

Insaf: This one is about religion. I wanted every Malaysian to believe in religion, and in god. It doesn’t matter which god, as long as we have a proper guideline on how to become better citizens.

Ikhlas Tapi Jauh: This song was inspired by the Somali Civil War happening back then, and how we sincerely wanted to help, but we’re so far away. The song became a big hit when I collaborated on it with the other artistes under the RAP label, including Sheila Majid, Amir Yussof, Azman Warren, the late Zubir Ali and Afdlin Shauki.

Debu Liar: Originally a Headwind song, we remade the song to remind people that I was from the band! It is about heroin addiction, this “wild dust”. I wanted to tell the youth to be careful about choosing your friends and how falling into the wrong company will lead you astray.

Manis: This is one of the more rhythmic and popular songs on the album. It is about people gossiping; dedicated to the typical neighbourhood where everyone wants to talk about their neighbours!

Hijau: The song that changed the Malaysian music industry 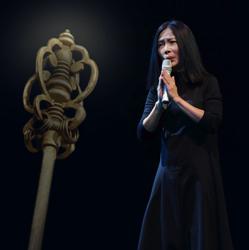 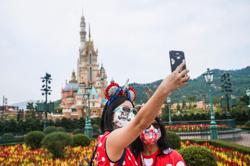