Choir director wants to help others with music

What is gratitude? According to the dictionary, it simply means “the quality of being thankful, readiness to show appreciation for and to return kindness”. This is clearly what Cheryl Teh intends to do for the society that once helped her achieve her dreams.

Now the choir director of the Philharmonic Society of Selangor, Teh finally has an opportunity to express her gratitude to the people who helped her build her career, The Rotary Club of Petaling Jaya.

Teh – whose father is a furniture maker and her mother a music teacher – was born and raised in Temerloh, Pahang. After completing her secondary school education at SMP Sri Aman in Petaling Jaya, she studied at and graduated from Monash University in Melbourne, Australia.

Ever since she was young, Teh – an only child – has been passionate about music.

With her parents being friends of Rotarians (members of The Rotary Club), Teh had the opportunity to attend the Program of Rotary International Music Exchange (PRIME) – an event that brought together 150 young musicians from around the world to the Sydney Opera House. The programme moved Teh so much that she went back twice on her own.

“It was a great moment to perform at the Sydney Opera House and it made me see music from a different perspective,” she said.

As the first and only Malaysian to have attended the camp, this was the turning point in Teh’s life that led to her becoming a Rotary Scholar in 1987.

It was through this experience that Teh had the motivation to continue her musical path and she eventually focused on singing.

Apart from singing, Teh has a keen interest in musical instruments; she plays the piano, viola and violin.

Now with her choir, she has a chance to give back to the Rotary by helping to raise funds for Rotary Club of Petaling Jaya’s Golden Child Project. 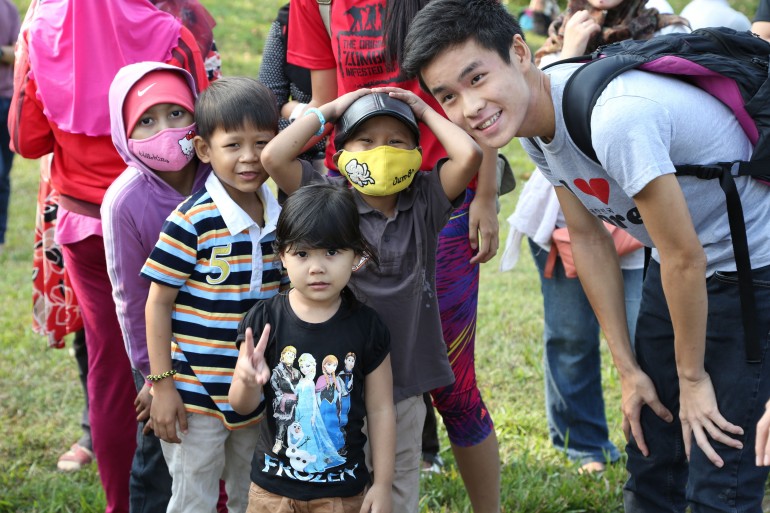 Being the Rotary Club’s key project, Golden Child was started 30 years ago for terminally ill children who have spent most of their childhood being treated in hospitals.

The project gives them the opportunity to get out in the open and spend the day like a typical child would. Despite needing medical attention all the time, the kids get to be happy and feel normal for a day.

Says the choir director of eight years: “We just want to give a chance to anyone who wants to sing and there are no auditions required.”

This year’s show – the sixth instalment – is titled Music From Movies And Musicals 6 and features songs and medleys from The Lion King, Frozen, Chicken Little, Bombay Dreams and Monty Python, among others.

A live band led by Nish Tham will back the choir.

Music From Movies And Musicals 6 will take place at Pentas One, KLPac, Sentul Park, Kuala Lumpur from July 29 to 31. For tickets, visit www.ticketpro.com.my or call KLPac box office (0340479000).

Choir director wants to help others with music