And she is surely and clearly on the way to realising that dream. Ilia is the only female trainee at Movie Animation Park Studios’ (MAPS) Stunt Training Academy in Perak and she is confident she has what it takes to become an internationally accredited stuntwoman.

“Stunt riding is my passion. And what can be better than making my passion my career? I believe I can do it ... I am willing to learn and train hard until I am the best at what I do,” says the 29-year-old stuntwoman from Seri Kembangan, Selangor.

Stunting was not something Ilia ever thought she would get into. In fact, it was something she stumbled upon while studying marine biology at Universiti Sains Malaysia in Penang.

Ilia Iryani Shub believes that women can do anything they put their mind to, even stunt riding.

“I was in my final year at university and was organising an event and I had to look for sponsors. One of the companies I approached was RK-M ... they dealt with spare-parts for motorcycles. When the representative met me, he asked if I’d be interested in learning how to perform stunts on my bike. He offered to train me and within a couple of weeks, I actually could do some basic stunts.

“He must have been impressed because he asked me to join his team of stunt riders in their performances and I agreed. I don’t know why I agreed. I’ve been riding motorbikes since I was 18 but only to get from one place to another. I never thought of doing stunts. But I guess I have always been someone who likes a challenge,” shares Ilia.

That chance meeting 11 years ago marked the beginning of her involvement in stunt riding.

Since then, Ilia has mastered a number of stunts with the motorcycle including the stoppie or front wheelie (where the back wheel is lifted and the bike is ridden on the front wheel by applying brake pressure), the donut (where the bike turns a complete circle on the front wheel), wheelie (riding on the rear wheel alone), burnout (the rear wheel spins and burns rubber) and chainsaw (the rider stands beside the bike that’s lying on the side, holding the bike by its right handlebar while it orbits around the rider).

Ilya’s bike skills earned her a role in 2012 Malay blockbuster Adnan Sempit 2 where she was cast as “minah rempit”.

Currently, Ilia is focused on her training at the Stunt Academy under top Australian stuntman Cameron Ambridge who has worked on Hollywood sets, the latest being Mad Max: Fury Road.

“Ilia definitely has it in her to be a really good stuntwoman. She learns fast and she listens and those are the two main requisites to becoming a good stunt rider,” said Ambridge in a recent interview.

All smiles: Ilia looks very different when she's away from her stunt work.

Ilia is the only woman in the country to be recognised as a female stunt entertainer at the moment and she is thrilled to be training for Stunt Legends, a car and bike live stunt show at the MAPS theme park when it opens next year.

“It’s a one of a kind opportunity,” says Ilia. “Stunt Legends will be the first live stunt show in South-East Asia. It will be a great platform for stunt performers like me to perform and show off our talents. Who knows? Maybe I will be scouted by film producers and I’ll get to be in films like Cameron. Maybe I’ll get to be on Mad Max (Fury Road) 2,” she says with a laugh.

The training at MAPS has been difficult but not because she is a woman or pint-sized. Although she has had to build up her physical strength to be able to handle the bike while performing stunts, Ilia, like all the other participants, has had to endure rigorous training, learn new skills and practise till she got the moves right.

Getting into the Stunt Academy wasn’t easy, shares Ilia.

Many people do not realise how much work and training goes into doing a stunt, says Ilia.

She had to go through three levels of strict assessment before she was selected as part of the inaugural team of stunt riders.

“We had to complete the training modules before qualifying for auditions. Once we got through the auditions, we moved onto the rehearsal process where we still had to prove ourselves to earn a spot in the show. Because it’s a high profile, world-class stunt show, the level of selection is tough,” shares Ilia.

Ilia isn’t complaining, though. She is grateful to be able to train under well known and accomplished stuntmen like Ambridge and is willing to put in the hours.

“Of course it is tough. We have to be the best at what we do and we have to make sure we are trained as much as possible to handle any situation that may arise in a live show,” says Ilia.

“Many people think of stunt people as those who throw caution to the wind. Stunt people are often branded as being daredevils who are willing to anything come what may. But what many don’t realise is the level of training that goes into a show or a stunt. We train so much... in fact we over train as the aim is to minimise risks as much as possible. Of course we want audiences to think it’s dangerous but in reality, we’ve done everything possible to make it not dangerous,” he says.

For this, Ilia is grateful and her hope is that the establishment of the Academy will bring better career opportunities to Malaysian stuntmen and women.

“Hopefully, stunt driving and riding will gain the recognition it deserves and maybe, with the live show, we will get the opportunities that are currently not really there for us,” says Ilia, optimistically.

Ilia hopes to inspire women to pursue their passions.

Forging her own path

“I believe women can do anything we set our minds to. This is the message I hope to pass to all Malaysian girls and women who may think they can’t pursue these kinds of careers because they are females. Yes, the stunt industry is dominated by men at the moment but that doesn’t mean women can’t get into it.

“Hopefully, I will inspire other women and girls to pursue their passions to - if you like something, go for it,” she says.

Ilia admits however that she faced resistance from her family when she first told them that she was performing stunts. But, she clarifies, it was mostly because they were concerned for her safety.

“When they saw me perform and the protective gear I had on and realised I was good at performing my stunts, they changed their minds. Now, they support me all the way although my siblings still think I’m stubborn and will do whatever I set my mind to,” says Ilia who is the third of six siblings.

The support from her family, friends and fans is something she is thankful for as it reinforces her drive to keep on improving her performances.

“The best part about performing stunts, especially in a live show is the response from the audience. Before a show, I do get a little nervous. But the minute I get on my bike, all the nervousness goes away and I am focused on giving it my best. I know I have trained for it and I am just raring to go,” she relates.

Not everyone is supportive, though. Ilia says she has received hurtful criticism from the public who do not think that women, particularly a Muslim woman, should be stunt riders.

“I have been called all kinds of names. I don’t really care to remember what they are but mostly these critics say that as a Muslim woman wearing a tudung, I should not be stunt riding. They claim it isn’t proper and what I am doing is not right.

“I choose not to be affected by these comments. Everyone is entitled to their opinion and I can’t be pleasing everyone. As long as I know I am not doing anything wrong, I will continue to pursue my passion,” says Ilia. 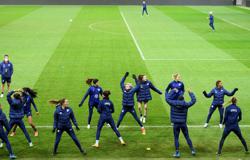