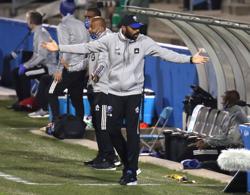 When Aldo Bensadoun walks into a room, he lights it up with an electrifying smile and his infectious positive energy rubs off on everyone in his orbit. As the founder and executive chairman of the Aldo Group, a privately held footwear and accessories company with over 2,000 stores across the globe in 95 countries, who can blame Bensadoun for his cheerful disposition? He’s a much admired self-made businessman and philanthropist who is also humble and unaffected and has his two well-shod feet securely planted on terra firma.

Dressed in a natty monochromatic navy get up, Bensadoun was in town recently for the opening of Aldo’s latest store in Suria KLCC, its 16th one in Malaysia. When I ask him how he built a worldwide shoe empire from Montreal, Canada, he looks at me quizzically and replies in a calm and unhurried tone.

“The idea of empire is foreign to us, I don’t feel we are an empire,” he says before adding, “We feel we are a small big company. We think small yet globally and at the small time we focus regionally and at a city level.”

Bensadoun was raised in both Morocco and France. Beginning his schooling in France, he went on to Cornell University in Ithaca, New York and later to McGill University in Montreal, Canada, where he eventually took up citizenship and became a Canadian citizen. He initially started out studying electrical engineering but switched to economics.

It was during this heady time in the 1960s and 1970s when a young and impressionable Bensadoun learnt about socialism and its inherent values which would sow the seeds in his mind on how he would run his own company and dictate his management style. “My teachers were very left leaning and more socialist than capitalist,” Bensadoun admits.

The Aldo HQ in Montreal more like a campus with olive trees and gardens. Photo: ALDO

He side-tracks and tells me his grandfather was a cobbler in Morocco and his father owned a shoe store in France, alluding to the fact that he didn’t just fall into the shoe business by accident. After he graduated, he worked in a shoe company which he says he loved but “hated the philosophy of the management.”

He says the company was too profit-focused and placed it above the welfare of their employees. “They basically squeezed the juice out of every single individual.” Not feeling completely comfortable with this kind of business philosophy, he resigned and decided to start his own company back in 1972.

“I didn’t have much money when I first started so I leased a space inside a clothing store, and they gave me three shelves about the length of that table,” Bensadoun tells me, pointing to the coffee table in front of us.

If only that store owner could see the acres of shelves which wrap around Aldo’s 2,000-plus stores around the world today, he or she most definitely would eat their hearts out.

But starting small didn’t worry Bensadoun as he was more focused on the kind of company he would eventually build. “I wanted to create a company which was very different from the one I had worked for. I wanted my company to have a certain purpose in life because at that time I was very idealistic.”

Creating utopia would seem a tad ambitious for most budding entrepreneurs who might just want to get their business off the ground but Bensadoun was unfazed by his vision. “I wanted to create a socially minded company which would make the world a better place.” And what he means by making the world a better place boils down to love and respect.

“When you design shoes, you put all of your guts, love and soul into that design and you end up loving the product. Similarly, when you work with your co-worker, you end up loving those people. So love – remember it was the 1970s then and hippy culture prevailed - is a very important value in our company.” And it is this love which he says came from his parents who showered a great deal of it on him, which he tries to infuse into his company, his employees and his community. “I was very fortunate that I felt a lot of love from my parents and as a result I gained a lot of confidence.”

Another important value which Bensadoun places great emphasis on and which he instils in his company and employees is respect. “If there is something I don’t agree with you about, I’ll tell you in a respectful way. We are all human beings and we have to be respectful to everyone.”

He also emphasises integrity and being true to oneself. “Integrity for me means not taking advantage of the weak to be honest with our suppliers and in our business dealings.” He says he feels an obligation to the population at large and the wealth he has created belongs not just to him but to the people who has worked with him as well as to the less privileged.

Every year, every single Aldo employee spends what he calls “community days” where they perform community work such as planting trees, renovating women’s shelters or donating food baskets to the homeless. Indeed, CSR programmes play a huge role in the Aldo Group with Bensadoun taking the lead, participating in fundraising and volunteerism.

As far back as 1985, Bensadoun took on the AIDS cause and joined the fight against this dreaded disease at a time when ignorance and the stigma associated with AIDS was at its height. With eyes blazing he says: “We would organise marches on the streets in Montreal, New York and LA to raises awareness of AIDS and we raised over US$10 million for AIDS charities.”

Bensadoun’s gaze softens somewhat when he tells me about his office in Montreal, the headquarters of the Aldo Group. “It’s more like a campus with about 1,200 people working there and with olive trees and gardens where our employees can grow tomatoes, peppers as well as play sports,” he says with a slight twinkle in his eye. “My dream was really to create an ideal environment where people can flourish and is afforded an opportunity to reach their full potential.”

And today, with Aldo having a retail presence in all the major fashion capitals of the world, from Times Square in New York City to Oxford Street in London, Bensadoun says its more than shoes he’s selling. “As we expand to other countries, we also export our corporate culture and values to those markets and that’s the beauty of our business.”

As the first Canadian brand to spread its presence on a global basis, Aldo expanded to the Middle East in 2001 followed by Asia in 2003, with Singapore being its first in the region. In the midst of a five-year expansion plan, Bensadoun says the focus for Aldo is the South East Asian market, where they are expecting to double their turnover in the next five years.

Bensadoun considers his company a consumer-centric one and says he looks at his consumer as the real boss of Aldo. “This means we need to answer their needs as much as possible from creating a favourable ambience in the store to online shopping. We need to give them a product that makes them feel good.”

At 76 years of age, Bensadoun is still involved in the running of the business even though he jokingly says he’s on a continual vacation. “I am a sounding board in the company. We have a very strong management team with a CEO and heads of various divisions and I am part of the team.”

But in the early days, Bensadoun says he did everything, from designing the shoe to marketing and selling it. Is there one area which he particularly enjoys? “Oh Yes! It’s the design of the shoe and the store. That’s what I like and where my expertise lies,” he says adding that he still gets involved in the design of every Aldo store.

And lest you think he’s all swagger and bravado, Bensadoun would be the first one to admit he says that he has made lots of mistakes along the way and that he’s not always right. “Sometimes there are shoes which I don’t particularly like but I am proven wrong and sometimes I am right. When you make a mistake, you put your head down and your tail between legs and admit it. The most important thing is that you learn from your mistake.”

And with Aldo’s far-reaching international presence and as one of the leading fashion footwear brands in the world, what does he think is the formula for building a successful brand?

“A brand cannot exist on its own. It has to evolve with the people and has to be faithful to its customers. A successful brand cannot be everything to everybody. You have to focus on a certain kind of customer in our case, we focus on style seekers.”