By ROBIN CHAN and SUMIKO TAN

Soulmates: Lee was a devoted husband in a long, happy marriage. His wife, Kwa, who died in 2010 at age 89, was the bedrock of his life. Photo: Reuters (Inset) ‘Material things never enticed or interested him,’ says Hsien Yang of his father. Photo: The Straits Times, Singapore

Close-knit family and a small circle of friends – these are the people who got to witness the tender, nurturing side of Lee Kuan Yew.

Lee Kuan Yew was a man with few close friends. Those who knew him best and saw his tender, caring side came mainly from his tight family circle.

But others who interacted with him caught glimpses of the private man away from his public persona as Singapore’s hard-driving, straight-talking first prime minister.

At home, he was ever the devoted son who cared deeply for his mother, Chua Jim Neo, even if he upset her once by cancelling her driving licence when he decided she had become too old to drive.

He was less close to his father, Lee Chin Koon, who worked at the Shell oil company first as a storekeeper, then later in charge of various depots in Malaysia, and had a love for card games. He was 94 when he died in 1997.

Lee had three younger brothers and a sister who looked up to him and had regarded him as the man of the house during long periods when their father was away. “He was a wonderful big brother because he was responsible, caring, and when we were young, he’d give us good advice,” said his youngest sibling, Dr Lee Suan Yew.

Lee had two sons and a daughter, whose achievements he was proud of. “He was not a demonstrative person, which was common with many of his generation,” said younger son Hsien Yang.

Most of all, though, he was a devoted husband in a long, happy marriage. His wife, Kwa Geok Choo, who died in 2010 at 89, was the bedrock of his life.

She was a partner of the law firm Lee & Lee, and he had been prime minister, but their home at 38 Oxley Road was a rambling pre-war bungalow filled with furniture from an earlier era.

They had no shower for the longest time, preferring to scoop water from a large earthenware jar at bath-time. It was only after Kwa had a stroke in London in 2003 that their children installed a shower before she returned home.

“It’s a very humble house. The furniture has probably never been changed. Some of the pictures are yellow already,” said Associate Professor Koo Tsai Kee, an MP for 20 years in Lee’s Tanjong Pagar GRC, who visited in 2002.

The house had been Lee’s home since 1945, and his wife moved in after they were married in 1950. They did not move to the official Sri Temasek residence in the Istana compound after he became prime minister, because they did not want to give their children “a false sense of life”.

Their two sons left home when they got married. Daughter Wei Ling still lives there today.

It was in his beloved Kwa that Lee found his intellectual equal and soulmate, someone whose love, loyalty and judgment he trusted completely. He, in turn, was at the centre of everything she did.

“I have precious memories of our 63 years together,” he said at her funeral. “Without her, I would be a different man, with a different life. She devoted herself to me and our children. She was always there when I needed her.

“We had similar backgrounds, spoke the same language at home and shared the same social norms,” he once said of Kwa.

Kwa was a working mother, an astute woman and a good judge of people. She was not one to mince her words, but had a kind heart. Former minister Othman Wok described her as “the refrigerator to cool his fiery gas cooker personality”.

Lee’s children knew he always had their interests at heart, but they saw more of their mother, who ran the home. 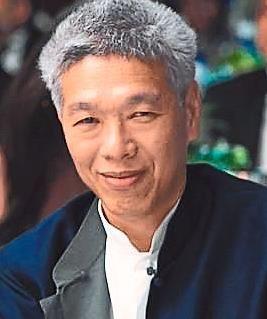 “He was always preoccupied with work,” recalled younger son Hsien Yang. “We would see more of him when we were on holiday; when we were young, the holidays were mostly to Fraser’s Hill and Cameron Highlands, and then after 1965 we just went to Changi for holidays.”

In the earlier years, the family would spend evenings at Sri Temasek. Lee would come from work and play golf there while the children would cycle around or play with the children of the Istana staff who lived in quarters on the compound.

Given his exacting standards as a leader, it is easy to imagine the weight of expectations he might have placed on his children.

Lee described eldest child Hsien Loong, who became Prime Minister in 2004, as having the best mix of both his and Kwa’s genes. In daughter Wei Ling, he saw his fierce temperament. He described Hsien Yang as “sensible and practical”.

Hsien Yang said his father would prod, but ultimately left the children to decide their own way. He wanted both sons to learn golf early, saying it would be a good life skill. They did as he suggested, but neither liked the sport much and both stopped playing. He did not push further.

Similarly, he thought Hsien Yang and Wei Ling should learn German. Both started, but dropped it after a while.

Said Hsien Yang: “At key junctures, he would give advice on what he thought we should do in terms of academic choices. But we were left to make the decisions ourselves, though we were probably nudged along. Sometimes the nudging worked, and sometimes it didn’t!

“For instance, the family had a longstanding connection with Harvard, with my father and older siblings having spent time there. There was more than a nudge that I should attend post-graduate school at Harvard, consistent with family tradition. However, I chose to go to Stanford, and he eventually became a huge admirer of the university.”

Lee was close to his eldest grandson Yipeng, whom he called “good-natured, and the best-behaved and most likeable” of his seven grandchildren. Yipeng, who has albinism, is Hsien Loong’s eldest son.

As the grandchildren got older, some would engage him on his favourite subject – politics – over Sunday lunch. But overall, he tried not to interfere in their lives beyond asking about school and what they were doing.

“My wife decided early on that she will not quarrel with her in-laws or her daughters-in-law,” he once said. “The children are their responsibility. We just take them out for outings.”

Lee did not have a wide circle of close friends. From his Raffles College days, there were two. Dr Fong Kim Heng, a former MP, was a classmate whom he brought into politics. But he died in 1975, at the age of 52.

Chia Chwee Leong was the other friend, and they stayed in touch. For decades, Lee would pay him a visit every second day of the Chinese New Year, and the two would chat about their families and growing old.

He became fast friends with Hon Sui Sen during the Japanese Occupation. They and their families remained close. Hon became finance minister and died in 1983 at age 67.

Yong Pung How attended Cambridge with the Lees, and shared his notes with Lee for a term he had missed. He was later persuaded by Lee to become chief justice. Lee said: “They are not friends I make to get advantage out of. They are friends because we spent time together, we found each other agreeable and we maintained the friendship.”

That sense of friendship and the importance of relationships came across to Ng Kok Song, former chief investment officer at the Government of Singapore Investment Corporation (GIC).

“I think he cared deeply about people. But as a leader he had to take tough decisions, always facing reality,” said Ng. “From time to time in the GIC, we would deal with certain investment matters that involved past relationships with business leaders, or with families. He would tell me, ‘Always honour your friendship with people, never forget your friends, the people who helped you when you were down. Never forget that.’

“And I have seen in action, time and again, when we had to deal with business matters that involved past relationships, he would always emphasise the importance of honouring that relationship.”

Lee was not one for hobbies. He had long given up golf, and said he had no time for movies. “Some people collect watches, shoes, pens, rare books, art but... he never did,” said Hsien Yang. “Material things never enticed or interested him.”

In fact, he had no concept of how much even basic items cost. “He didn’t go to the supermarket or the shops, he did not buy things, he used his clothes till they were old, and then some more, and was extremely thrifty, so he had no reference point,” said Hsien Yang. “Until very recently, he didn’t know what his financial position was. For a very long time, I just kept an eye and watched his finances for him. He was not bothered or interested in money or material things.”

Lee was once asked in an interview what he thought of how others perceived him. He replied: “They think they know me. But they only know the public me.”

Asked if he ever felt like giving it all up – the politics, the struggles, the critics – he replied: “No, this is a life-long commitment.

“What are the things important to me in my life? My family and my country.” – The Straits Times, Singapore/Asia News Network