At 88, Mother Mangalam remains a tireless champion of the poor

Love for the underprivileged keeps Mother Mangalam young at heart.

WITH the aid of a walking stick and a helper, Datin Paduka Mother A. Mangalam slowly descends from the staircase of her abode.

At 88, her gait is much slower than when we met a few years ago. She looks frail, but her mind is still sharp.

“I want to feel like I’m 16 but unfortunately, the body doesn’t cooperate,” sighs Mother Mangalam, taking a seat. “Age is something we have to learn to tackle instead of sitting still. Exercising your body, mind and spirit will take care of most diseases.”

The octogenarian suffered a nasty fall in the bathroom earlier this year, leaving her with five broken ribs and weeks in hospital.

“Luckily my brain is still intact as my head didn’t hit the floor. I had tried to pick up the soap bar with my toes and slipped. I thought that was the end of me but I told God I still had plenty of things to do. Imagine, I was naked when the ambulance came!” she recalls, aghast at the thought of the incident.

The process of recovery has been slow, but she is almost pain free now, and she attributes this to mental strength and prayers from everyone. Her daily routine has become erratic.

“Everything depends on my mood and physical ability. I’ve a little extra weight around me,” she groans, pointing to her midsection. “My alertness is slipping, probably from sleeping too much!”

It has been one long journey for Mother Mangalam, who left her family in Singapore in 1948 and came to then Malaya as a 22-year-old.

Upon passing her teacher training course, Mother Mangalam started teaching at a Tamil school in Bangsar, Kuala Lumpur, where the students were mostly from poor families. She also spent time away from the classroom, assisting her spiritual mentor, Swami Satyananda, doing relief work among the poor.

Swami Satyananda founded the Pure Life Society (PLS) in 1949, with the aim of promoting multiracial and multireligious understanding through lectures, forums and programmes. Devotion and compassion for the downtrodden shaped the PLS, and led Mother Mangalam to dedicate her life to welfare work.

On accepting the 2010 Merdeka Award for outstanding contribution in promoting the welfare of the underprivileged and for fostering national unity, Mother Mangalam was quoted as saying, “I was actually known to be a dreamer, and in one instance my teacher stated in my report card, ‘Mangalam is a dreamer’. This characteristic of mine, made me look inside myself. I did a lot of thinking and I started to philosophise about life and death. When the war broke out, I realised what I wanted to be. I felt sorry for the war victims, and this was the thing that motivated me to get involved in social work.”

For over 50 years, she has been the president of PLS, which started as a home for the poor, orphans, and displaced children. Today, the 65 kids (32 boys and 33 girls) are either from broken homes or a product of irresponsible parenting.

In the beginning, the children were served modest vegetarian meals as money was scarce, but things improved over time. Now, as Mother Mangalam says, they are “spoilt” because generous donors frequently take them out to fast food restaurants and the likes.

Many of the children have grown up to have successful careers in medicine and the civil service, among others. In the ensuing years, the PLS has expanded into an institution to include schools, clinics, recreational halls and vocational training facilities.

“Living with one’s peer group is not easy. The best place for kids is with their own parents. And they prefer to be at home because they enjoy a freer life, whereas here they are restrained due to the discipline enforced. We have to educate them on the right values for their future and they sometimes don’t like it.”

Mother Mangalam still scans through the newspapers daily and takes notes at night on the list of things to do the following day. She cuts out interesting clippings and files them in the thousands of scrapbooks but laments that the children don’t read.

She says, “I suppose I have to stop it soon as the kids have access to the Internet. But I don’t like it as they copy and do not think.”

The number of children in the home is dwindling, as there are five other homes on the same road. Mother Mangalam admits PLS is becoming polarised as the inhabitants are mostly Indians.

“Times have changed. I personally feel all homes should have a mix of races so they can learn about different races and culture. What is most shocking is that even the tiny tots are sending love notes. Do they even know what love is?”

In the past, Mother Mangalam and the kids meet every Sunday but since her fall, the meetings are limited to birthdays and special occasions.

“Sometimes I talk aloud and ask God, why can’t He just make me younger so I can go up to their dorms. I’ve got a tendency to worry, but not about funds. People have this lackadaisical attitude about money and spend way too much. Anything in excess is not good; it has to be shared.

“When you need something really badly, are sincere and righteous in what you do, it’ll come to you. I’ve experienced this many times in life. I’ve also slogged day and night to get the work done and I aim for perfection. It’s not my intention to fault find but people get angry.

“For example, we’ve got recycling bins but they throw all kinds of stuff in there. That gets me really annoyed and I resort to writing poetry! When people don’t follow what I want, my weakness is to try and do it on my own.”

Her days are full, attending to a thousand matters that need decisions but Mother Mangalam is quick to point out that the PLS is not a one-man outfit.

She says, “Every time the name PLS comes up, people tend to associate me with it, and I don’t like it. I’ve got a team of people!”

Yet, there is no successor to Mother Mangalam.

She philosophises, “I depend on divine will. Somebody will come and I have no idea who this is. It’s not in my hands.”

Until then, she continues to do her bit for humanity and spread love wherever she goes. 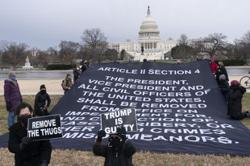