Filmmaker Bryan Singer is being sued for sexually abusing a man more than a decade ago.

The filmmaker’s legal problem comes weeks before the premiere of X-Men: Days Of Future Past.

A man who has sued filmmaker Bryan Singer, the director of the upcoming blockbuster action film X-Men: Days Of Future Past, for allegedly raping him as a teenager said on Thursday that his claims of sexual abuse went unheeded by authorities.

Michael Egan, 31, who was an aspiring teen actor, said he and his mother told the Los Angeles Police Department and the FBI in late 1999 and 2000 that Egan was being abused by an underage sex ring.

“What happened was basically it fell on deaf ears,” Egan said a news conference seated next to his attorney, Jeff Herman. “We didn’t get anywhere and then I basically buried it in me as deep as I possibly could.”

Singer’s attorney, Marty Singer, has called the claims “completely fabricated”. The LAPD said it does not comment on current litigation. 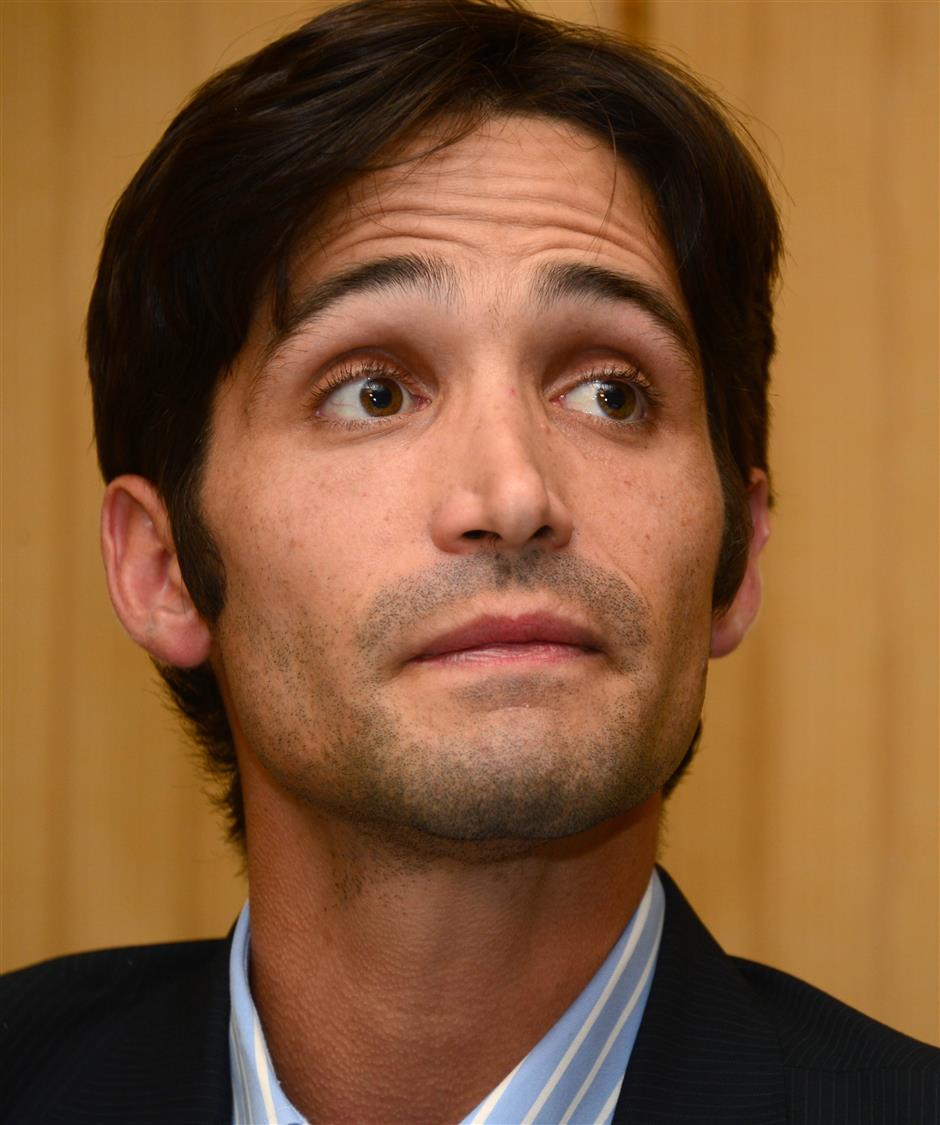 Michael Egan III answering questions on a lawsuit alleging Bryan Singer sexually abused him many years ago, during a media briefing in Los Angeles on April 17.

The lawsuit comes weeks before Singer’s X-Men film opens in US theaters on May 23. It could complicate the global promotion rollout for distributor 20th Century Fox by pushing the director’s legal problem to the forefront of what is expected to be one of the year’s top-grossing films.

The film starring Hugh Jackman and Jennifer Lawrence is projected to gross US$103mil in its opening weekend, according to Boxoffice.com.

“We look forward to our bringing a claim for malicious prosecution against Mr Egan and his attorney after we prevail,“ Singer’s attorney said in a statement after the news conference.

Egan said he brought the suit now after going through trauma therapy, which he began 11 months ago.

“I was raped numerous times in that house by numerous individuals,” Egan said. “You were like a piece of meat to these people. They’d pass you around between them.”

Singer, who directed X-Men in 2000 and its sequel X2 in 2003, is also signed on to direct the next installment in the franchise, X-Men: Apocalypse, for Fox. The film is scheduled to be released in 2016.

“These are serious allegations, and they will be resolved in the appropriate forum,” Fox said in a statement. “This is a personal matter, which Bryan Singer and his representatives are addressing separately.” Egan seeks unspecified damages and a jury trial after wide-ranging abuses at California and Hawaii house parties beginning in the late 1990s, according to the civil action.

“Mike was being influenced by wanting to be in the business,” Herman said. The attorney added that the lawsuit was filed now because in Hawaii legal limitations require a civil child sex abuse case to be filed by April 24.

“Hollywood moguls have been using their positions of authority to exploit children sexually,” said Herman, who is noted for his representation of sex abuse victims, having filed suits against the Roman Catholic Church and Kevin Clash, the former voice of Sesame Street character Elmo.

The lawsuit accuses Marc Collins-Rector, a former entertainment business executive and registered sex offender, of initiating the sexual abuse by arranging for Singer to meet Egan at “notorious parties” in Encino, California, around 1998.

Egan alleged liquor would be poured down his throat at the parties and that Collins-Rector once threatened him by putting a gun in his mouth. Collins-Rector could not be reached for comment and is not listed as a defendant in the suit. — Reuters