A guy with cerebral palsy made an awesome workout video

Zach Anner’s hilarious clip will not just make you laugh out loud, but it will also inspire you to start living your life to the fullest.

Comedian Zach Anner, who was born with cerebral palsy, has a great outlook on life. Earlier this week he released his 100th YouTube video which basically just features him taking a walk in a park, in a segment he calls Workout Wednesday.

Anner, 30, is based in Austin, Texas and had his own TV show titled Rollin’ With Zach that premiered on Oprah Winfrey’s OWN in 2011 (he makes a reference to OWN in the Workout Wednesday clip). The show has been cancelled but Anner’s popularity keeps on soaring with his inspiring YouTube videos.

In the special 100th video, Anner starts with telling fans what one needs to prepare for a walk in the park like “workout shorts”, “workout shirt”, “workout headband” and a walker. 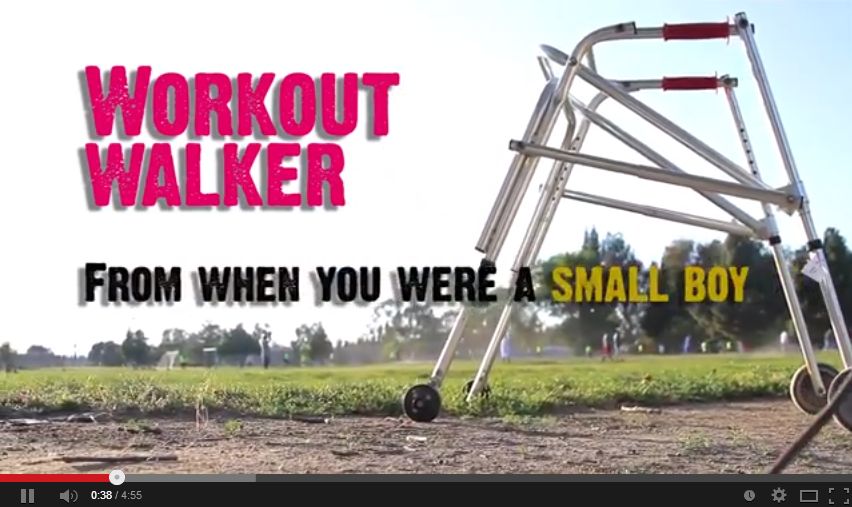 He then starts talking about milestones, which he claims are important because “they remind us that no matter how far we’ve come, we will never convert to the metric system!”

Other quips includes: “You don’t have to have a huge milestone like being the first man walk on the moon. They’ve already got a guy that does that and he’s dead! Maybe your milestone is not being dead!” as well as, “it’s important to appreciate the little things ... like Peter Dinklage.”

Check out the video and leave Anner a message on his YouTube page.