British model Alexa Chung admits that her supposedly effortless style takes quite a lot of effort.

It’s not enough to be a celebrity brand. The famous are taking their product endorsements one step further.

IT’S nothing new for a celebrity to advertise a new product on telly, put their name to a range of cooking pans, or launch a perfume that reminds them of love, beauty and existential freedom – or of the incredible profit margins to be made on a small jar of scent.

Indeed, there was even a 19th-century Pope, Leo XIII, who put his face and name in newspapers to advertise a tonic wine called Vin Mariani (a drink he found particularly delicious and which it now transpires was laced with cocaine.) Ah, the celebrity hustle has always been with us.

Yet in 2014, the famous will be taking this product endorsement one step further – they will be selling themselves as lifestyle gurus. In fact, it has already begun, with Gwyneth Paltrow doing her weekly Goop mail out on how to dress, exercise and philosophise just like her.

If you want to know what she feeds her kids – and how, why, and where – you can buy her family cookbooks. Yet in 2014, even the celebrities who don’t offer such squeaky-clean perfection will be shilling themselves in a similar way. 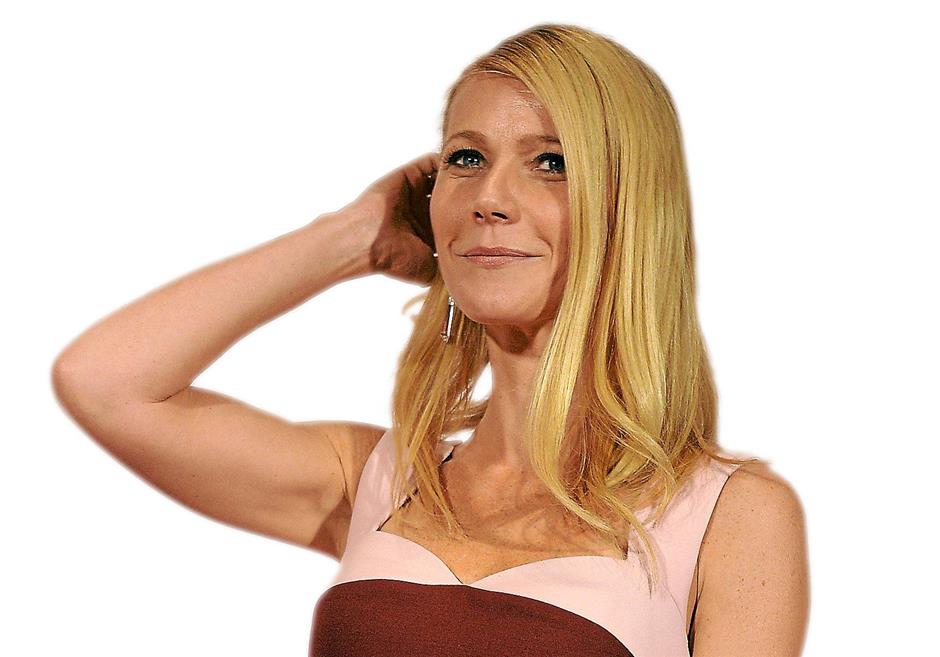 Actress Gwyneth Paltrow does weekly mailouts on how to dress, exercise and philosophise just like her.


A rather more tongue-in-cheek example is Alexa Chung, whose recent book, It, is essentially a self-deprecating guide to being her, for the droves of girls who dream of such a life. In it, she talks about her heart being broken, how she wishes it wasn’t, explains how to pose for flattering selfies – as she has taken so many – and admits that her supposedly effortless style takes quite a lot of effort, actually. The book was rapidly followed by an eyeliner range, designed to help you get that flicky thing just like hers.

Where celebrities would once do ad campaigns for brands that fitted their own style, more or less, now they sell something more like a human recipe; hinting at some kind of alchemy, whereby if you follow their tips and their secrets, you might just be able to slip into their world.

Martha Stewart was the pioneer of this domestic stuff – in fact, a TMZ paparazzo ambushed her recently to ask who was the real queen of lifestyle, her or Paltrow, as you can now stir up an angry photo opp just by using the word “lifestyle”.

The Kardashians have packaged up their existence for so many years that post-baby Kim is now threatening to scale it back and keep her kid out of it. Most other celebs, however, are just starting to realise how much more money they can make if they embrace the market and sell their whole lifestyle to us. Well, a keenly curated version of their life, that is.

Look at Gisele Bundchen, who has been amping up her personal brand (worth an estimated US$40mil (RM131mil) a year) with increasingly intimate Instagram pictures of her doing yoga with her kids on the beach in Malibu, or breastfeeding them while her hair and make-up is done at home. 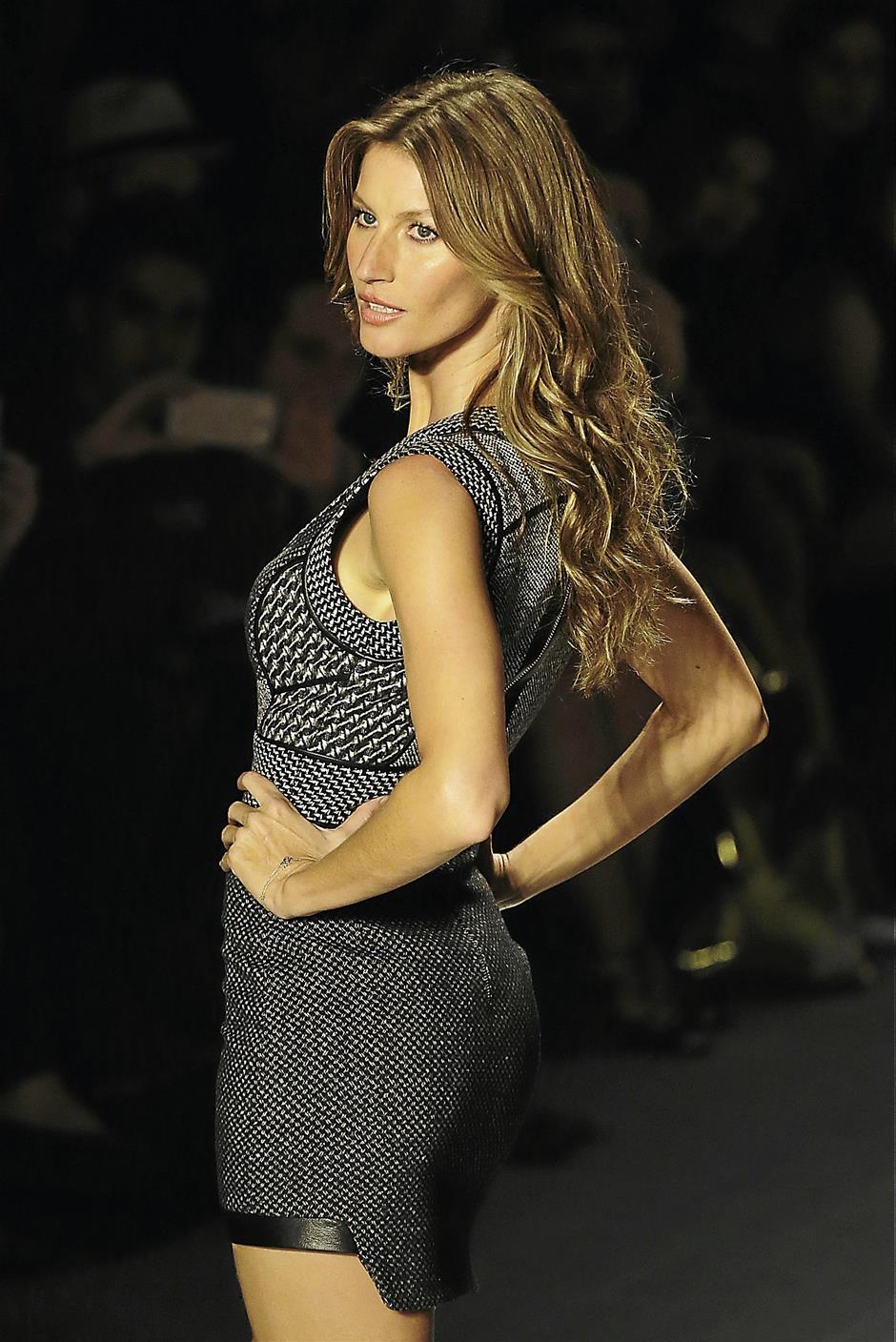 Brazilian top model Gisele Bundchen has been amping up her personal brand worth an estimated RM131mil.


These are huge marketing tools in the sale of her underwear brand, among other things.

Yet these candid, casual shots, from the woman herself, are actually carefully controlled photoshoots, with an employee probably taking the pictures and uploading them to Bundchen’s account. Still, we love to kid ourselves that supermodels are sitting there fiddling with filters and hashtags and the resizing button on their phone, while juggling a baby on their knee. They’re just like us! Except they’re not.

Cara Delevingne, the model often described as the new Kate Moss, does do her Instagram herself, and compared with the yoga-on-the-beach-with-a-baby crew, she’s a wild degenerate, not setting herself up as a role model. Yet she posts so many motivational quotes, by everyone from Hemingway to the Wu-Tang Clan, that I wouldn’t be surprised if she soon brought something out that tells you how to think like her, too.

It has to be said that it’s mainly women who do this. Jamie Oliver definitely widened the appeal of cooking when he arrived on telly branded as the Naked Chef: a young bloke chucking pasta around in his trendy warehouse flat, playing in a band, and speeding off on his Vespa. In terms of selling his lifestyle now, though, he’s campaigning for school dinners and such-like on behalf of all children, while it’s his wife Jools who writes about their kids.

Of course, the huge risk involved in this is that it only takes one tabloid expose about what’s really going on inside that dream home of yours for the whole brand to collapse around your ears.

Nigella Lawson always said that her Domestic Goddess tag was a tongue-in-cheek joke, but, well – it wasn’t, was it? Great chunks of the British public loved seeing inside what they thought was her own kitchen on the telly programmes, this fabulous woman enjoying every second of feeding her friends and family.

Now we’ve discovered that her home life actually felt like a gilded prison and she was only allowed dinner parties about once a year. Oh, it won’t be the end of her career, as all the love for Team Nigella on social media has shown, but it is going to be tricky to recreate the backdrop of domestic bliss that came with the cookery books.

You also wonder if the fame industry is forgetting that one thing it always had going for it was its inaccessibility – the fact that the sirens of screen felt so very far away. After I had a baby, I found myself idly gazing at the website set up by the French model Julia Restoin Roitfeld (daughter of fashion editor Carine Roitfeld).

Julia had recently given birth, too, only to find mummy media quite frumpy, and so launched Romy and the Bunnies. In it, you can gaze at pictures of her daughter and find out where this tiny child sources all her clothes, should you wish to dress your daughter in exactly the same outfits.

Given that I plaster pictures of my own two-year-old all over social media, I can’t knock it at all, but you do find yourself wondering if, a mere five years ago, you could have imagined the enigmatic face of a French fashion dynasty advising new mums that she bought her toddler’s coat at Bonpoint and the tights at H&M. Or how she felt about her bump, her body and her experience of childbirth. Would Kate Moss have given us a daily inspirational quote when she was the world’s hottest young thing? No, she would not. The mystery is disappearing, and fast. – Guardian News & Media