‘Don’t start with that “do we go on three or after three” crap with me again or we’ll have words, big man.’

There is “too much”, and then there is the Fast & Furious universe’s interpretation of “too much”, which roughly approximates to “never enough”.

So for this fringe entry in the franchise – helmed with a sharp eye for cinematically impressive spectacle by Deadpool 2 and John Wick’s David Leitch – dial back your hopes that anything will make sense.

Just crank up your expectations for excess and you’ll be all set especially for the big finale which includes a scene of gargantuan lawman Luke Hobbs (Dwayne Johnson) doing a Captain America with a helicopter, without the benefit of Super-Soldier Serum.

But let’s not get too far ahead of ourselves. It turns out that, even after eight main franchise movies, we are only now getting to hear of a technology death cult known as Eteon (nothing a little retconning can’t fix for future instalments).

Said cult has created (a) a programmable virus capable of wiping out any group of living beings it targets; and (b) a cybernetically enhanced super-soldier capable of wiping the floor with our two heroes on any given day.

Forced to work together to retrieve item (a), Hobbs and black ops ace Deckard Shaw (Jason Statham) carve up large chunks of city streets and real estate across continents and island nations to cancel the apocalypse desired by (b), who goes by the name of Brixton (Idris Elba) 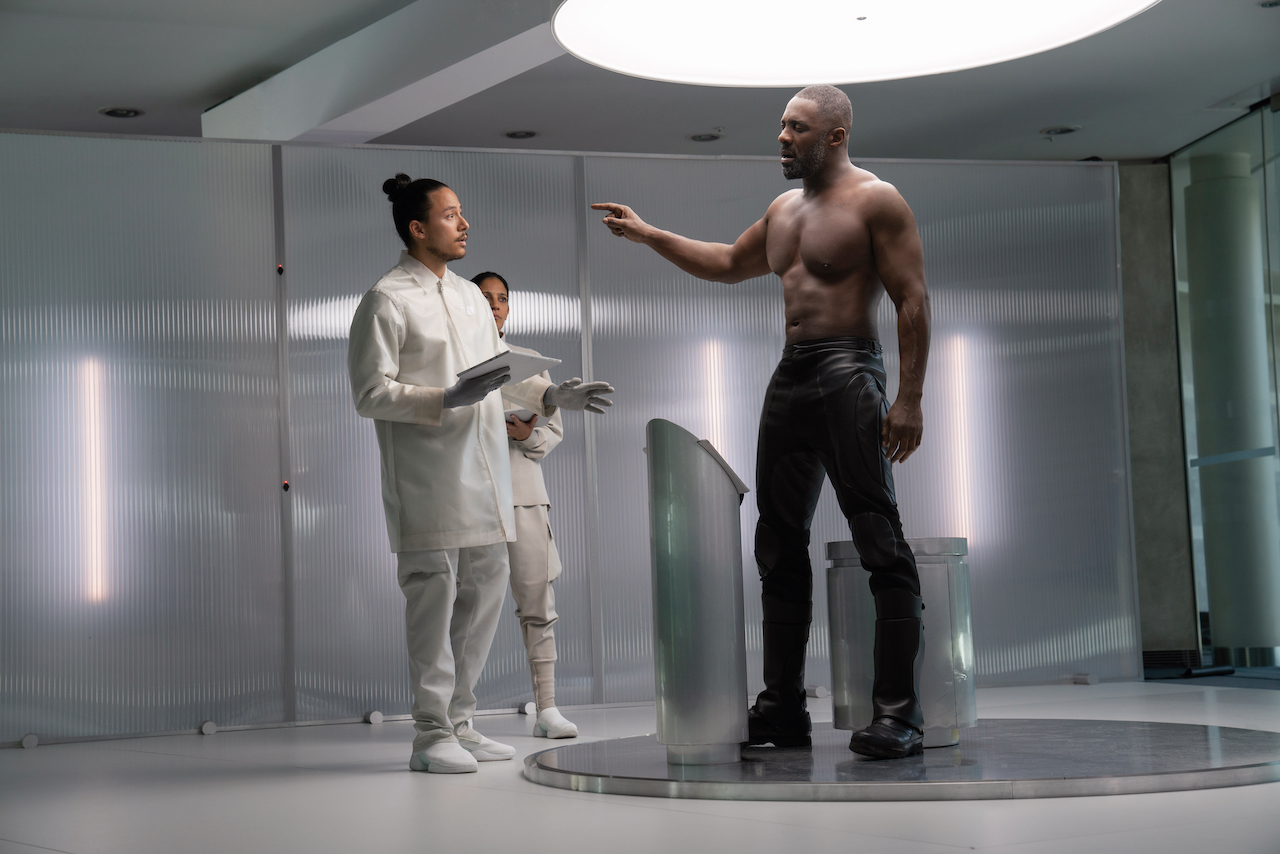 ‘Mess with me and you’ll regret it, Doc. I have a cancelled apocalypse in one pocket and a brilliant psychopathic murderer in the other.’

Complicating the mix is the presence of Shaw’s sister Hattie (Vanessa Kirby), a rogue MI6 agent who stole the virus from Eteon in the craziest possible way (just to raise the emotional stakes for the big action scenes).

Though it really isn’t all that complicated. Any intricate/delicate manoeuvring on the heroes’ part is casually dismissed, or handled by a convenient secondary character who shows up as if by magic, or simply ignored (like how Hobbs and Shaw, after being framed and sought by every law enforcement agency, can happily saunter around London with its extensive mass surveillance network).

There I go, ignoring my own advice about managing expectations. Comes with the job, alas – not being able to just turn off parts of the brain and have fun. 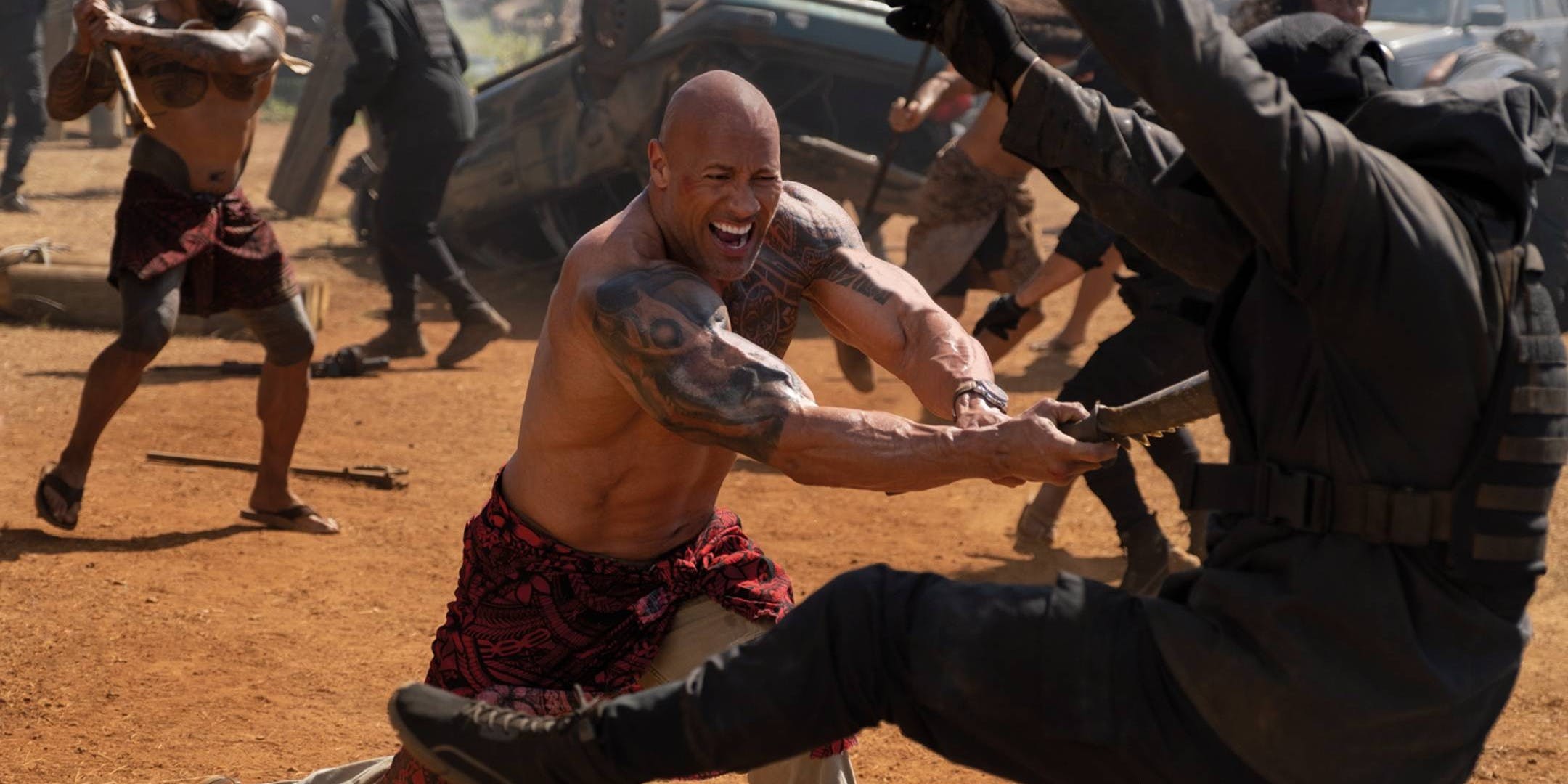 "Did they spent so much money on the stunts they forgot to leave some to buy shirts for the male actors?"

Fun, you say, in a film about a plot to commit global mass murder? Sure, since the gravity of the situation never enters into the picture (it must be said, neither does the force of gravity).

Nope, it’s all about posturing and trash-talking between and during the film’s more kinetic moments.

Elba makes an effective villain, conveying believable conviction with Brixton’s somewhat far-fetched ideals – whenever he can get a word in edgewise between Hobbs and Shaw’s bickering.

Ditto for Kirby, who holds her own in the action scenes and sends enough flirty vibes Hobbs’s way to bring out loads of Big Brother protectiveness from Shaw. 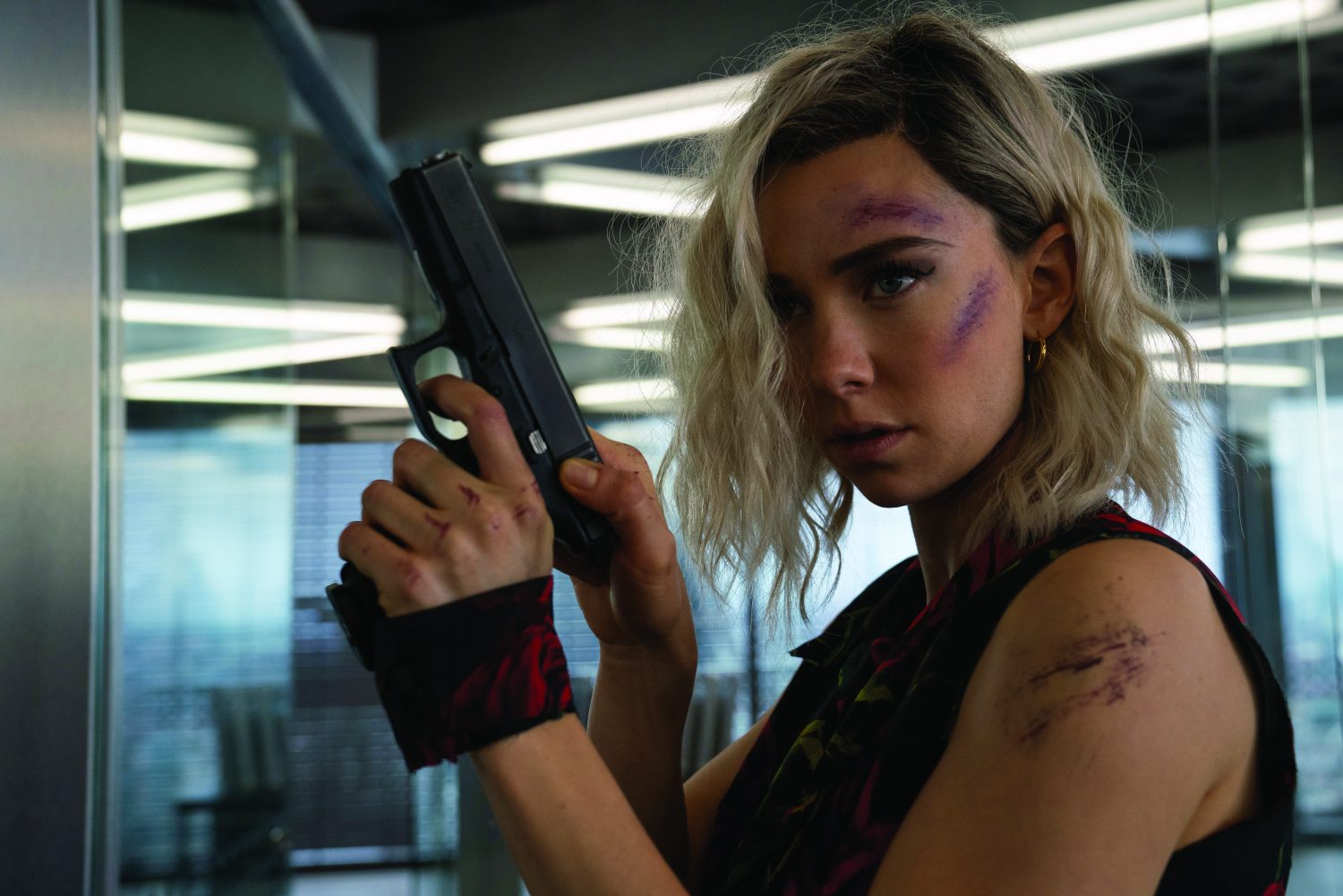 ‘This would be so much easier if I had my White Widow butterfly knife with me.’

Of course, it’s undeniably Johnson and Statham’s show. We’ve already seen the characters’ relationship progress from outright antagonistic to grudgingly respectful over the previous films so their easy (and volatile) chemistry here is natural and frequently funny.

Mix in some basic but still heartwarming attention paid to both characters’ family ties and the picture is complete.

This may be the most good-naturedly hostile relationship we’ll get to see on screen all year – given breath, life and comfortable familiarity by two action stars at the top of their game here.

Public service message: There are several mid- and post-credits sequences, one of which contains extreme Game Of Thrones spoilers. Too soon?