The Labradoodle is half Labrador Retriever and half Poodle. It could also have two Labradoodles as its parents. Photo: 123rf.com

You may have heard the assertion, “race is a social construct” because people may look as if they can be categorised into particular groups, but DNA shows there’s a lot less diversity among our species than we thought.

In the world of dogs, there are similar controversies. There are DNA tests for dogs, and the science is evolving, but how accurate it is, is a matter of furious debate.

Generally speaking, we have bred dogs for certain jobs and looks, like Alsatians for guarding and Salukis for hunting, for generations.

We tend to identify these dogs by their looks, by the shape of their bodies and their fur.

In some countries, kennel clubs have identified particular breeds. They have also written up guidelines that dictate what kind of looks, movement and temperament characterise these breeds.

Every dog that is officially recognised by these clubs as part of a breed is logged and identified, and when they have puppies, their offspring is also documented. This is what is called a pedigree.

Some dogs have certificates that carefully note their lineage for many generations.

There are also crossbreeds that are deliberate mixes. The Labradoodle, for example, is half Labrador Retriever and half Poodle. Or, it has two Labradoodles as its parents.

When does a crossbreed become a breed by itself? Given that modern dog lovers worry about inherited health problems that plague so many pedigrees, that is also a hot topic of debate.

There are massive fights as to whether a proper Labradoodle should be a straightforward cross or the product of two Labradoodles. Plus, there are also new groupings like Australian Labradoodles.

So, breeds are mostly constructed by mankind, and figuring out what is what is tricky.

As for the mongrel, this is a dog that is usually defined as having no pedigree scroll and not looking like any breed in particular.

Dog diets through the ages

My Pet Story: Kindness repaid many times over 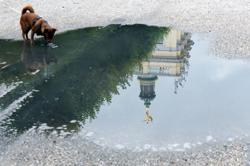 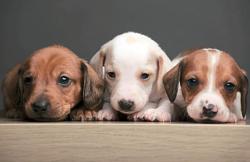