When food prices go up, the urban poor are hit the hardest. Photo: Filepic

S. Krishnan, 29, works in a factory. While he’s grateful to have a job when there are many who are still without work, Krishnan says that his earnings are “barely enough” for him to survive on, let alone support his small family.

Krishnan is married to Sushila M., 28, and the couple has three children aged nine, seven and five.

“With a monthly salary of only RM1,500 (which is the minimum wage in Malaysia), it’s ‘not easy’ to survive. For a single man or woman, it might be possible if they really ikat perut (tighten their belts). But as a sole breadwinner with small children, it’s not easy because there are so many mouths to feed,” he admits.

Sushila was also a factory worker but lost her job during the first movement control order, when the factory she was working for closed down. She became a full-time housewife and stayed home to look after their children.

“If we send the kids to a babysitter, it means additional expenses which we can’t afford,” she says.

However, Sushila also helps to babysit some of her neighbours’ children for a side income.

“I don’t charge much, but just enough to survive on,” she says. The couple lives in a low-cost housing area in Semenyih, Selangor and other residents in the area wouldn’t be able to afford it, she explains.

If Sushila has to go out, she will also leave the children with a neighbour so it works both ways.

“There is also no taska komuniti (government subsidised community childcare centre) close enough to be accessible to us,” she says. The couple only has one motorcycle which Krishnan uses to get to work. Krishnan himself also lost his job during the pandemic but was able to get a new job after all pandemic restrictions were lifted.

“It was easier before the pandemic because my mother would help to look after the kids and both my wife and I were working,” he admits.

Krishnan’s mother passed away from Covid-19 in 2021. Sushila’s parents are both deceased.

When asked if the government aid such as BINGKAS (Bantuan Kehidupan Sejahtera Selangor) was helpful to them, they said they weren’t aware of the aid initiative. Under the BINGKAS programme, Malaysian families with a household income of less than RM3,000 will receive RM300 per month to be spent on necessary groceries.

“We don’t know about BINGKAS but during the MCO, we did receive food aid in terms of groceries from various NGOs and food banks.”

The couple reveals they’ve to really plan their meals to save money.

“We used to have meat (mutton) at least once every one or two weeks when both of us were working,” she says.

“But now, we only have it on special occasions like Deepavali. Even chicken or fish is once in awhile,” she adds.

“Eating outside is also more expensive, with a plate of ‘nasi campur’ increasing 50 sen to RM2, even if there isn’t any meat and very few ‘lauk’ (dishes). The price of roti (canai) has also increased,” laments Krishnan.

“Drinks such as coffee or tea at a foodstall have also increased by 50 sen. It might not seem like much to someone who is wealthy, but to those who are just surviving, it often means just drinking plain water (from the factory water dispenser),” he says.

It’s not just food and groceries, but we’ve to think twice before buying clothing, toys, books and other necessities for the children, adds Sushila.

Instead of buying such items, the couple has received them through donations from NGOs and other sources.

“Kids outgrow their clothing and toys so fast, so we’re grateful to receive such items from generous individuals from Facebook groups such as Buy Nothing Project where you can put in a request for an item that you need,” says Sushila.

“If we’re able to, we’d rather save the money for the future. Every ringgit saved is a ringgit earned,” says Krishnan. 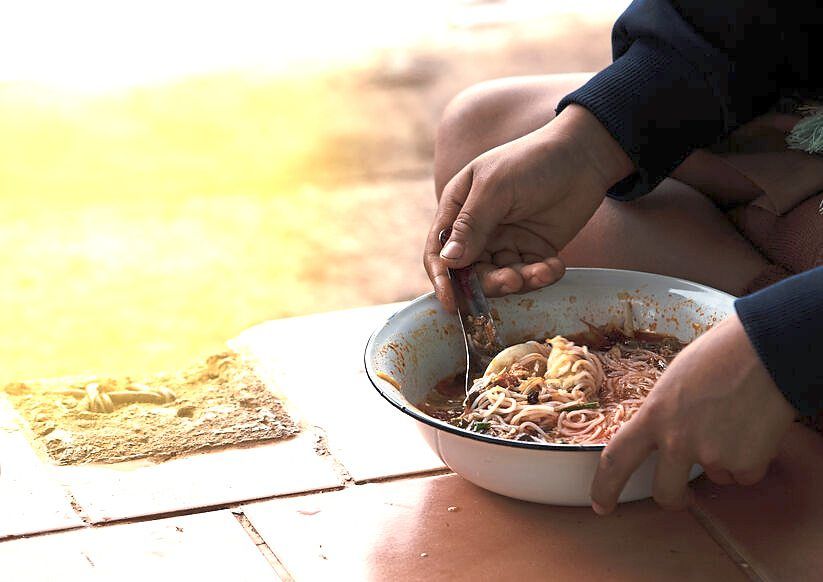 With the rising cost of food, many poor families have had to eat basic food that aren’t all that nutritious. Photo: 123rf.com

According to the National Poverty Data Bank System (eKasih), in the Federal Territories, at least 6,100 households are considered poor while 4,500 are hardcore poor.

For retiree Abdul Wahid, 62, the increasing cost of living has made it very difficult for him to survive. While it was possible to go out for a nice meal with his family before, Abdul Wahid and his wife Khatijah Kamal, 59, now think twice before they do so.

“Not only has the price of food at restaurants increased, but the price of other necessities too,” says the former stall owner.

Abdul and his wife used to run a small stall selling drinks and snacks but they weren’t able to survive during the pandemic and had to close it down.

The Covid-19 survivor has health issues which makes it difficult for him to get a full-time job or for the couple to return to running a food stall.

Currently, they survive on their dwindling savings because they don’t have a pension to rely on.

“People might ask ‘why don’t you just ask your children for money?’ But we don’t really want to be a burden. Everyone is trying to survive – including the young ones,” says Abdul.

The couple has a son who passed away from Covid-19 two years ago, and a daughter who is married. 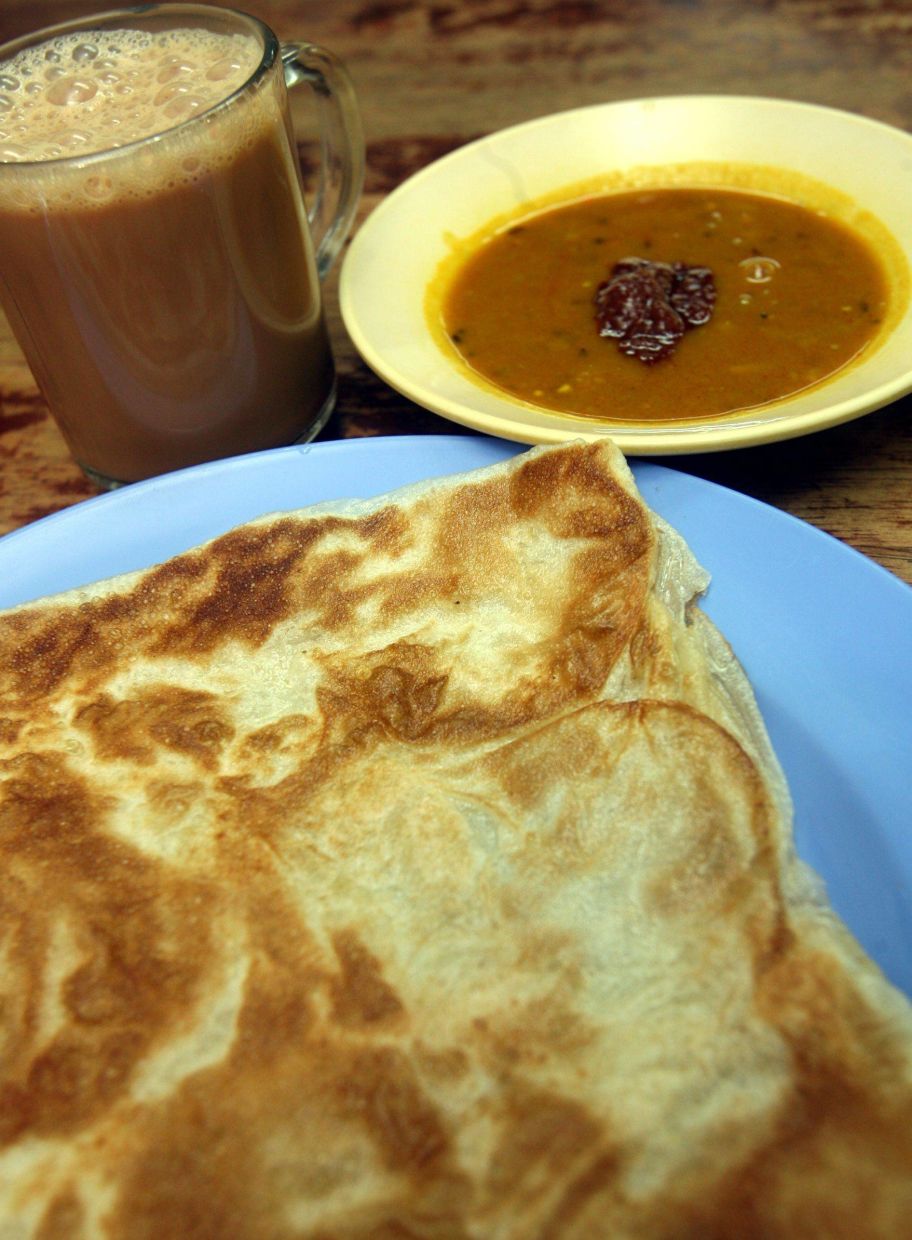 Roti canai, teh tarik and coffee are among the basic food items that have seen price hikes of some 20-30%. Photo: Filepic“Our (late) son used to give us money, but our daughter can’t afford to right now. Her husband lost his job as a construction worker during the pandemic, and is doing odd jobs at the moment. They’ve three small children – our grandchildren,” he says.

They recently started to prepare packet food and kuih muih to supply to other food stalls and restaurants.

“My wife prepares packet nasi lemak and kuih muih which I deliver to the gerai-gerai,” says Abdul, adding that they’re only doing it on a small scale to survive.

“Before the pandemic, things were very different. We could afford to bring our grandchildren out for their favourite fastfood treat, but that’s no longer possible. So we’ve to adapt to the times,” he says.

Dr James Nayagam, founder and chairman of Suriana Welfare Society, works closely with low-income families in Selangor and says they are finding it very difficult to cope.

“I have spoken to a number of families, and they do five things – they go for the cheapest cooking oil, the plastic packet ones; and they take on second jobs or overtime to supplement their income, which takes a lot of time away from their families.

“They are also cutting the quality of their meals to a very bare minimum, which is not very nutritious. They eat rice and eggs, or rice with one vegetable, with no meat. Some families I visited even resort to one meal per day, while there are those, including children, who skip breakfast and make do with only two meals a day.

“Fourthly, families with babies are trying to get the cheapest form of milk, if not, they resort to giving condense milk. So what we do is supply them with milk powder.

“And for families with a person with disability and they have to get things like diapers, it is a great challenge to them. Sometimes people don’t realise that if a family has a sick person in the house, or someone who is bedridden or elderly, they need medication, which can be very expensive. For example, certain medications for Parkinson’s and dementia are not provided by the government.

“For the caregiver, especially the poor, it’s a great challenge to incur these extra expenses, and with the price of everything going up, the challenge is so much greater,” he says.

Something is not right

Nayagam adds that rising costs, nevertheless, affects everyone, not just the urban poor, although they are hit the hardest.

According to the government’s Household Income Estimates and Incidence of Poverty Report Malaysia 2020, 12.8% of T20 households and 20% of M40 households have moved to the low-income category. Its data showed that 600,000 to a million M40 households have shifted to the B40 group due to retrenchment exercises and pay cuts.

“All of us are feeling the impact, not only the poor. Everything has gone up, like chicken rice (he recently paid RM9 for one plate of it at a regular restaurant).

“Even having a simple meal outside is very expensive now. And the thing about rising cost is, it will rise, but it will never come down. However, people’s income remains unchanged or it will take a long time for the income to change.

“But overnight, prices go up, everything goes up, and the community is caught off guard. Where are they going to get extra money to cope with rise in prices?” he questions. “And it has a chain reaction – food goes up, transport goes up, every single thing goes up. And we find that not only food goes up, all services too.”

According to the Statistics Department, food inflation rose by 4.1% in April, with 89.1% of items in the food and beverage group recording increases.

Economist and The Star columnist Anthony Dass recently wrote that in a discussion with Malaysian Associated Indian Chambers of Commerce and Industry president Datuk N. Gopalakrishnan, a cup of teh tarik has increased by 54% to RM2, while roti canai was up by 67% to RM2.

Nayagam calls for a more comprehensive plan by the government to tackle the impact of rising costs among the urban poor.

Projects implemented also need to be monitored and accounted for in terms of their effectiveness, he urges.

“There are still many families who need help, and every month food aid has to go out. Something is not right.”

He adds that we are still in uncertain times.

“Having gone through two to three years of the pandemic, there are a lot of uncertainties still in terms of economy, health and lifestyle. Because health-wise, we all know the situation. If there is a new variant, we don’t know what’s going to happen with that,” he says.

In terms of the global economic and political climate, there are many unknowns too, he adds.

“The rich, who have reserves, will survive, but the poor will always be the victims,” he says.

People power: When it counts, Malaysians always show they care