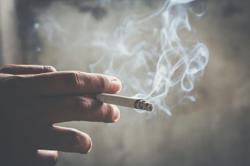 The columnist thinks that all the self-righteous debate about protecting rights results in a lot of smoke that obscures a genuine flame of intent to help Malaysians kick a destructive habit that kills. — RAJA FAISAL HISHAN/The Star

One of the things I’m talking about is my reaction to the reaction to the Control of Tobacco Products and Smoking Bill 2022, aka the tobacco generational endgame (GEG) law that seeks to ban smoking and prohibit the ownership of tobacco and vape products by those born after the start of 2007.

I am somebody born way before 2007. When I was a child, you saw people smoking everywhere: At dinner, on TV and in the movies, on airplanes. Later on (thanks to a ban on tobacco advertising on screens) you would even see cigarette brand names used to sell travel packages, fashion and as sponsors of musical and sporting events.

In short, cigarette smoking was the norm. I myself wasn’t completely keen on it (partly to do with one hasty puff that resulted in a coughing fit), but I had friends and uncles who were regular smokers.

I also did know that smoking cigarettes was bad for your health. Everybody knew it – there was research linking smoking to cancer as far back as the 1940s. By the 1960s, the US Surgeon-General had concluded that smoking causes lung cancer and bronchitis.

Even if you didn’t know this, you could see smoking wasn’t healthy. There is the smell (kissing a smoker is not fun, it seems) and the stained teeth. Then there’s the smoker’s cough, and the raspy voice. And everybody knew somebody who had a critical smoking-related illness.

But perhaps more crucially, the normalisation of smoking makes it easier to start. Peer pressure ain’t a joke when even a nerd like me has taken a puff.

What changed my view of whether smoking should be legal was marijuana. By the time I was in university, I knew of people who smoked weed, but I think I never was inclined to start because I didn’t smoke cigarettes anyway.

However, the health risks of smoking marijuana are not significantly worse than that of cigarettes. Some argue that it is less dangerous and, therefore, should be legalised. My take went in the opposite direction: If marijuana is illegal, then cigarettes should be too!

In fact, I think if they could get away with it, the government would impose a complete ban on cigarettes right now. However, roughly a fifth of Malaysians over 15 years old are smokers, and there would be concern how they would react to a ban. In particular, it would probably drive up the trade in illegal cigarettes, which brings with it its own problems.

So the current proposal is a compromise, where the number of people you can legally sell cigarettes to will slowly decrease and there will be a gradual implementation moving towards an outright ban.

The protests that I am seeing online have to do with how this will be implemented. How do you enforce the law? One way is to punish the sellers. This is what New Zealand has proposed and it is a point that differs from Malaysia, which focuses on the consumer.

However, the prevalence of illegal cigarettes in New Zealand is much lower than in Malaysia: roughly 6%-11% versus 28%-57% according to an infographic by MP Yeo Bee Yin, and research in Malaysia points to roughly half of smokers already getting their cigarettes from non-commercial sources (eg friends or acquaintances).

So I can understand why the GEG Bill focuses on the consumer. However, there is grave concern that the Bill oversteps its bounds and allows authorities to search and seize without the need for a warrant. And this has resulted in a shouting match on social media between those who see the huge health benefits that such a ban would bring, and advocates who worry about the further erosion of the rights of Malaysians.

I shake my head (or in young-speak, SMH) at this. Debate is fine but calling people “arrogant” and “selfish” with a dose of snide just helps those who don’t want such a law in place. This change in attitude to cigarettes needed almost a century to take effect. Human rights are far more abstract, and sit inside a larger context of basic rights for citizens.

The debate over the Bill on this point is valid, but I think people overestimate how much the heat of their arguments contribute to turning the wheels of justice.

Instead, I would prefer to see some sort of recognition that nicotine addiction is a health issue that needs treatment rather than a criminal act to be punished. If the cost of treatment of smoking-related diseases in Malaysia is more than RM6bil a year, we shouldn’t wait for the addiction to cause harm before stepping in to help.

Ultimately, I think that all this self-righteous debate about protecting rights results in a lot of smoke that obscures a genuine flame of intent to help Malaysians. Yes, informed debate over this Bill is a healthy thing. But instead of vitriol that attacks the contents, I think the real benefit will be to recognise that there is a better version of the Bill for lawmakers to negotiate, together.

People can work from anywhere in the world now, so why not Malaysia?

Have Malaysians learned to be kinder since Covid-19?

The football test of fealty 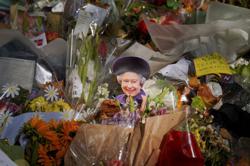 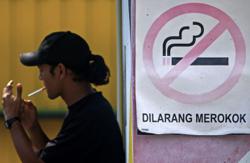