Moscow's newly-starred chefs have put Russia on the culinary map

Borscht, pelmeni, stroganoff: The stars of Russian national cuisine are now in the spotlight, where aficionados suspect they should have been long ago.

A new set of star-rated chefs are conjuring up tempting dishes using traditional Russian delicacies such as Kamchatka crab, caviar and sturgeon.

And that expertise has finally been recognised by that arbiter of taste, the Guide Michelin.

"The Russian capital is a culinary jewel that reveals a fabulous variety of national and international cuisine," says Gwendal Poullennec, the international director of the Michelin guides, in Moscow.

Michelin has awarded the country's top chefs for the first time and honoured nine restaurants with at least one star right away.

Those prized stars come after five years of hard work by testers who anonymously appraised the quality of the products, aroma and taste at numerous establishments, says Poullennec. A new generation of chefs want to make Russia's culinary art known around the world.

Russia is now the 35th country to have a Michelin Guide. The country's best restaurant, a fine dining establishment in Moscow, is called Twins Garden, owned by twins Ivan and Sergei Berezuzki.

This is a "historic event" for Russia, they say.

"Moscow is now on a culinary par with other world metropolises," says Ivan. He and his brother were given not only two Michelin stars, but also a green star as an organic restaurant as well as an honour for the best service.

Mukhin, 38, of White Rabbit, sees the star as a longed-for victory that comes at the end of a lengthy and difficult journey.

"It is a recognition for Russian cuisine, an accolade for me and my team, a step, a motivation for us to develop even further," he says, clearly overjoyed. 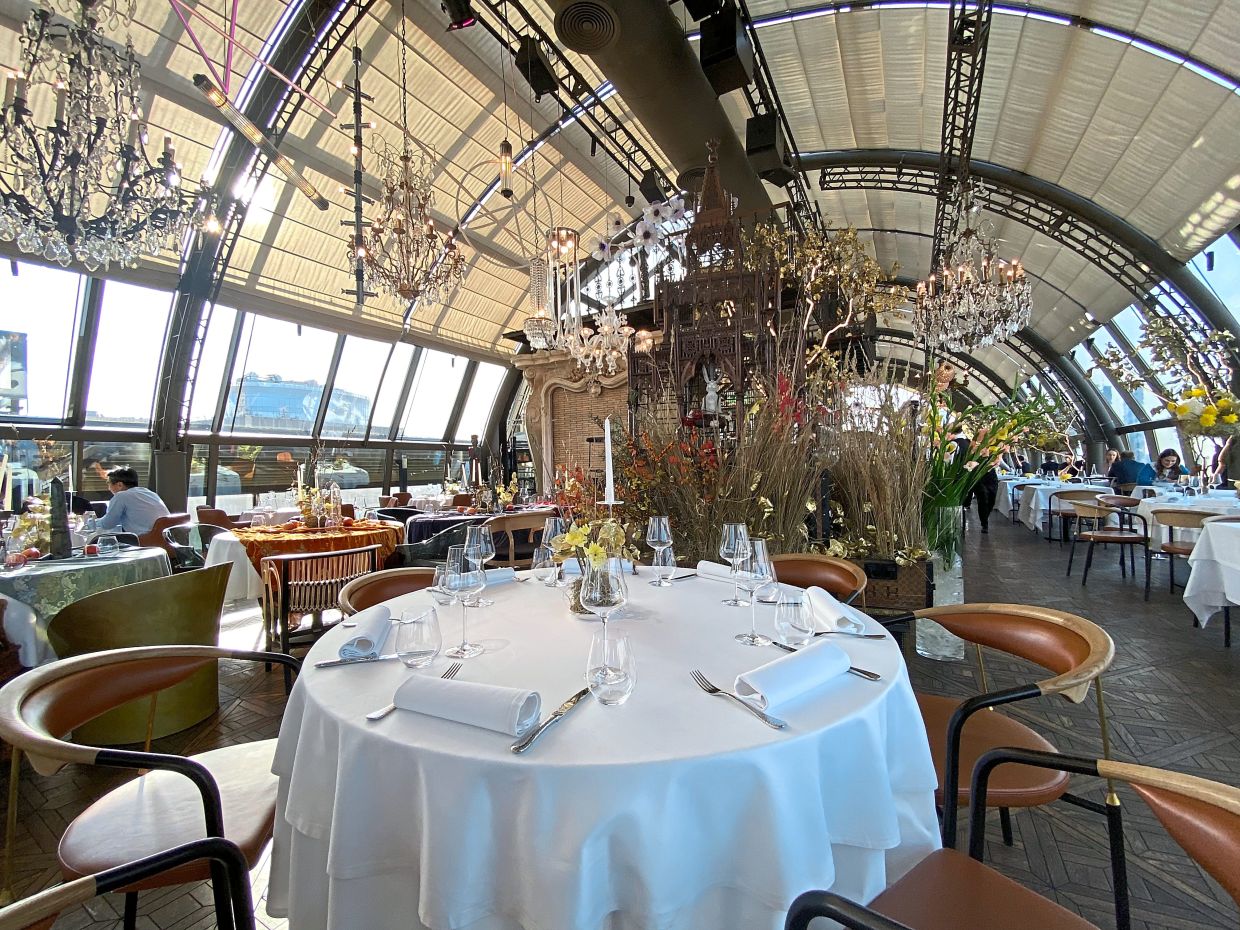 The Michelin-starred restaurant White Rabbit. The French restaurant guide Michelin has for the first time awarded its coveted gourmet stars to top chefs in Russia.

After all, he says, consider that in Soviet times, food throughout the nation was prepared according to a cookbook whose standards were strictly regulated and lacked any creativity.

His goal is now to make Russia's culinary art known around the world.

White Rabbit has long been known as the place to go in Moscow for anyone who likes Russian cuisine with a modern twist.

Mukhin's menu offers braised white cabbage in a creamy sauce with red caviar, for example, or wild mushrooms with cod.

"We live very much from seasonal products," he says.

In terms of ingredients, what makes him angry is Russia's long-running embargo on food from the European Union.

"I think it's bad that I can't buy French cheese here," says Mukhin, who also spent time training in France. 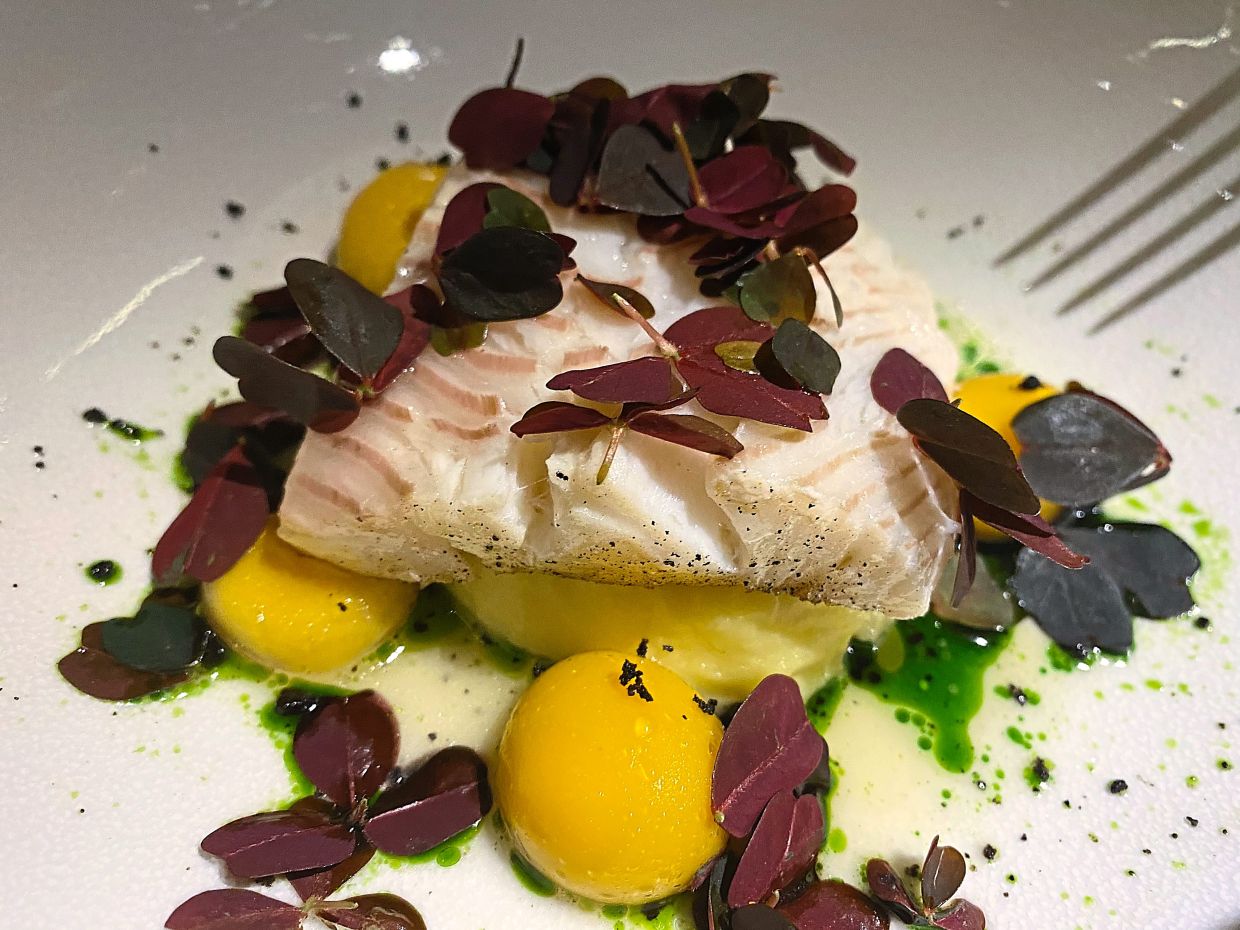 A dish with halibut from the restaurant White Rabbit.

Russian President Vladimir Putin banned imports of meat, dairy products, fruit and vegetables from the EU in retaliation when the bloc and the United States sanctioned Moscow for its aggressive policies in Ukraine.

Many Russian farmers have since learned how to make cheese like in Italy or France, says Mukhin.

Nonetheless, the import ban makes it hard to find good ingredients, although there are no shortages in Russia as there were during the Soviet period.

"We now have a few private farmers who grow carrots, tomatoes, cabbage and everything else we need without pesticides and organically, as befits cuisine of this quality," Mukhin says.

He says for all too long it was like Russian roulette trying to find reliable suppliers.

"Some 70% of a restaurant's success depends on the high quality of the products," says Mukhin.

Moscow has come to rely on the passion and innovation of its hardworking chefs.

Mayor Sergei Sobyanin is optimistic that top quality Russian cuisine will be just as much of an attraction for tourists from around the world as sights such as the Red Square and the Kremlin.

"Our city shows itself to tourists and Muscovites themselves in yet another way through the Michelin Guide," he says. Following a temporary closure due to the pandemic, restaurants are packed again in the 12-million-strong city.

Alongside the restaurant scene, several food courts have opened in the city's huge market halls, serving everything from sushi to Uzbek and Caucasian cuisine to pizza.

Thirty years after the Soviet Union's collapse, Moscow is now the first city with Michelin stars on the territory of the world's first communist state, says Sobyanin.

Despite the dawn of the new era, however, the vast majority of Russians cannot afford to eat in the city's Michelin-starred establishments.

Monthly wages are a few hundred dollars on average, while pensions are around some US$200 (RM833).

Michelin Guide boss Poullennec points out that the guide contains tips for all budgets.

Compared to other major capitals, Moscow offers good value, with 15 of the recommended restaurants offering meals for less than US$30 (RM125). – dpa

Blue bananas? How blue is making its way onto the menu

Will we all be drinking potato milk in 2022?