Employees caring for grapevines at the Torres vineyard at a 950m altitude in Tremp near Lleida in the Catalan Pyrenees. Photos: Josep Lago/AFP

For over a century, Joaquin Gay de Montella Estany's family produced wine in Spain's Mediterranean region of Catalonia but the effects of climate change have pushed them to seek higher ground.

Now their Torre del Veguer winery also has vineyards at the foot of the Pyrenees mountains – at an altitude of nearly 1,200m (3,900ft) – where temperatures are cooler.

It's one of the ways in which Spain's wine producers are trying to adapt, as a warmer climate advances the harvest season and makes the need for more heat-tolerant grape varieties greater.

In searing August heat, farm workers pick the white grapes by hand at a vineyard with sea views in Penedes, about 40km south of the city of Barcelona. 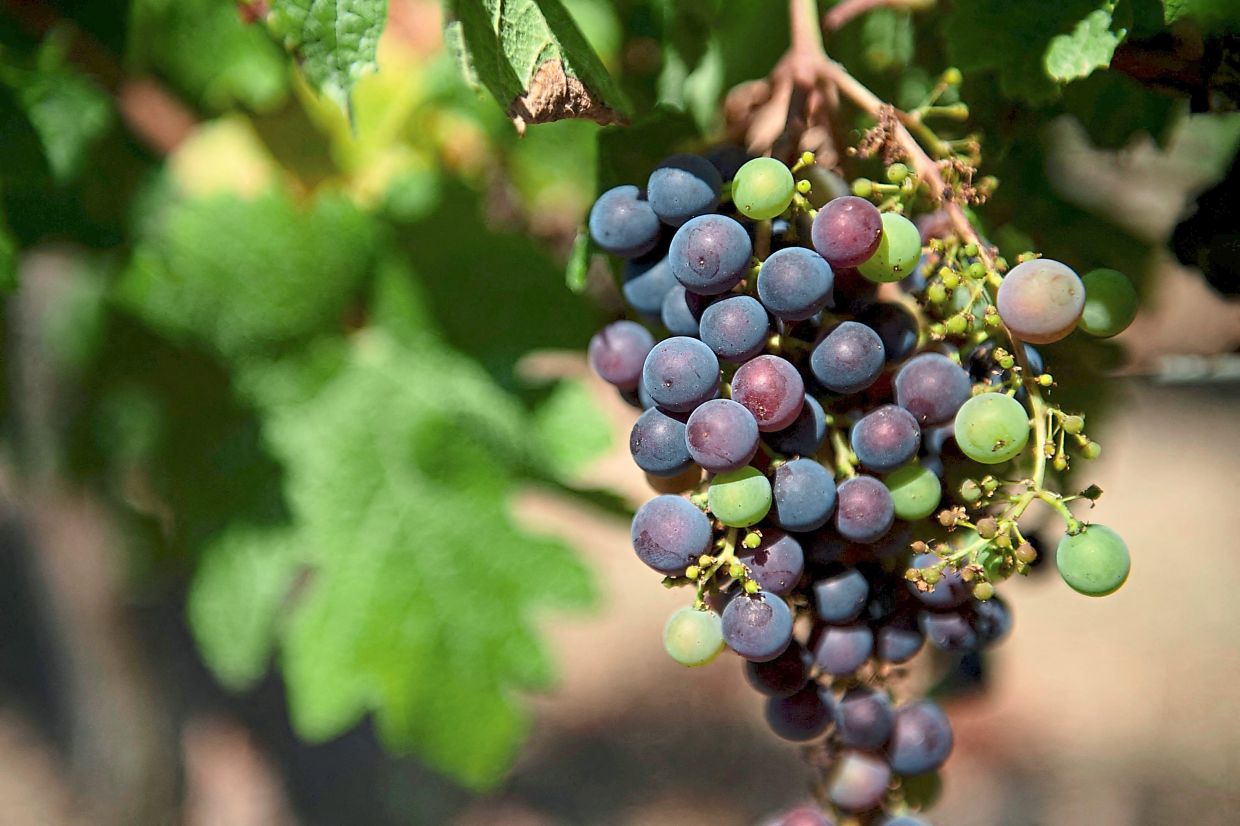 Wine producers in Spain, which has the largest vineyard area in the world, are trying to adapt to a warmer climate that is bringing forward the harvest season and forcing them to use more heat-tolerant grape varieties.

Higher temperatures have brought the grape harvest forward by 10 to 15 days over the past decade, said De Montella Estany, who owns the ecological winery.

"We have to harvest at the start of August when the heat is the most intense," he told AFP.

So in 2008, the company moved part of its production to Bolvir, a village in the Pyrenees near the French border.

With a total of 961,000ha of vines, Spain has the largest area of vineyards in the world, the International Organisation of Vine and Wine says. It is the third biggest wine producer behind Italy and France.

Over the past 60 years, average temperatures in Spain have risen by 1.3°C, according to the national weather office, Aemet. 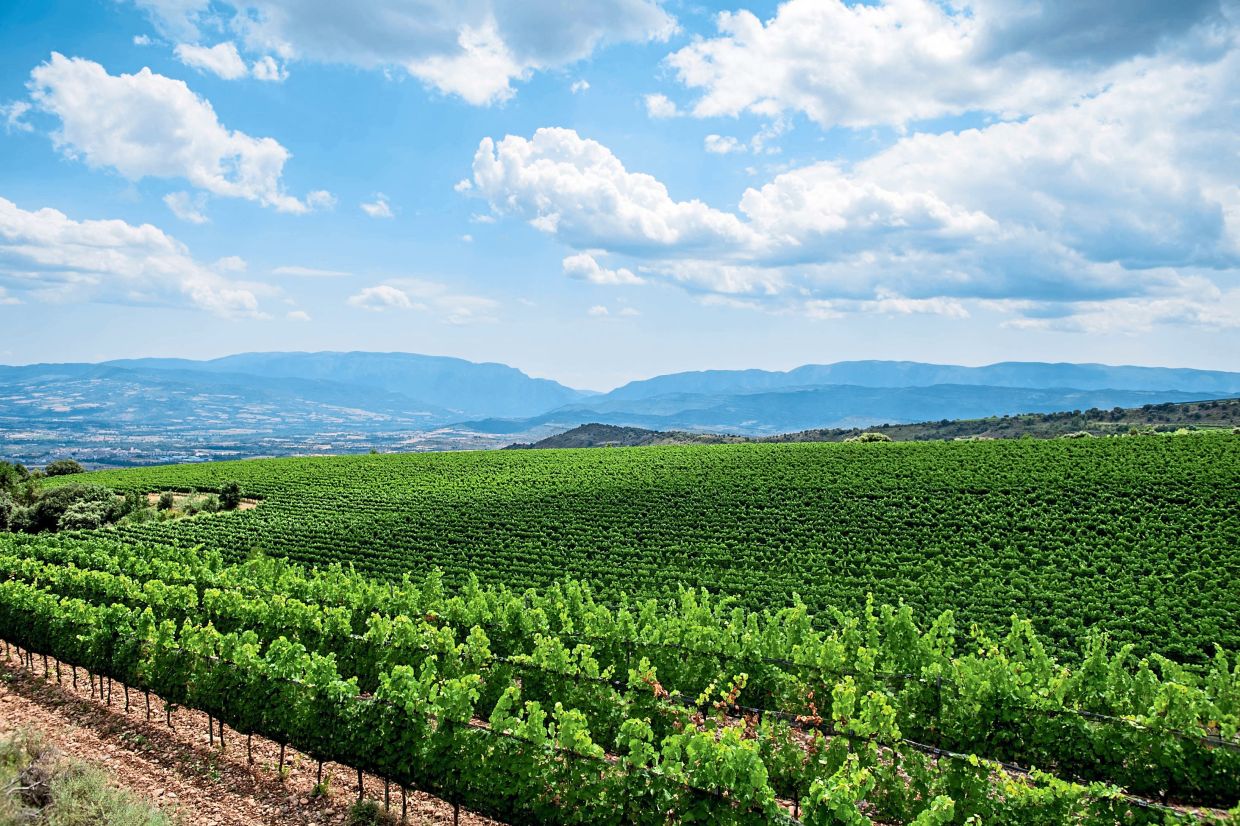 Grapevines growing at the Torres vineyard in Tremp near Lleida in the Catalan Pyrenees.

And wine producers have seen an impact, as the timing of the harvest is crucial.

Higher average temperatures speed up the ripening of the grapes, which leads to lower acidity and increased sugars in the fruit.

This yields higher alcohol levels in the wine and also alters other compounds in grapes that affect aroma and flavour.

Grapes must be picked quickly to avoid an excessive alcohol content.

"Essentially these grapes have not fully ripened in the right way," said Fernando Zamora, a professor in the oenology department at Rovira I Virgili University in Tarragona. 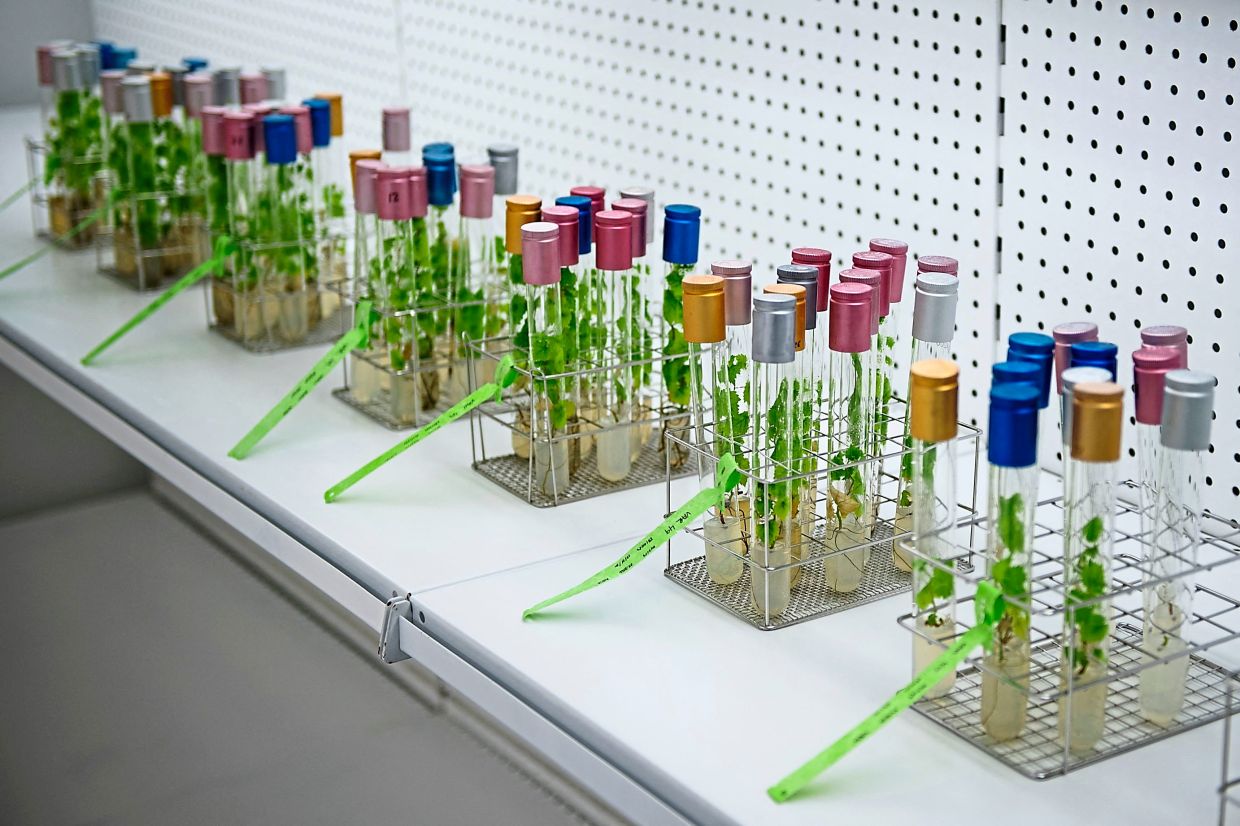 Ancient grape varieties are treated in vitro at the Torres vineyard lab in Vilafranca del Penedes near Barcelona.

The Familia Torres winery, one of Spain's largest producers, embraced higher elevation more than 20 years ago, despite facing scepticism at the time.

The company, which has grown from a small family business in the late 19th century, began planting grapes in Tremp, 160km northeast of its Vilafranca de Penedes base, in 1998.

Grapes for making wine had never been grown before at higher altitudes in this region in the foothills of the Pyrenees.

"Farmers in the area thought it was absurd. They thought grapes would not mature," said Xavier Admella, who is in charge of the farm located at an altitude of 950m.

"Climate change has proven us right," he added, as workers set up nets to protect the vines from hail which is much more common along mountain ranges. 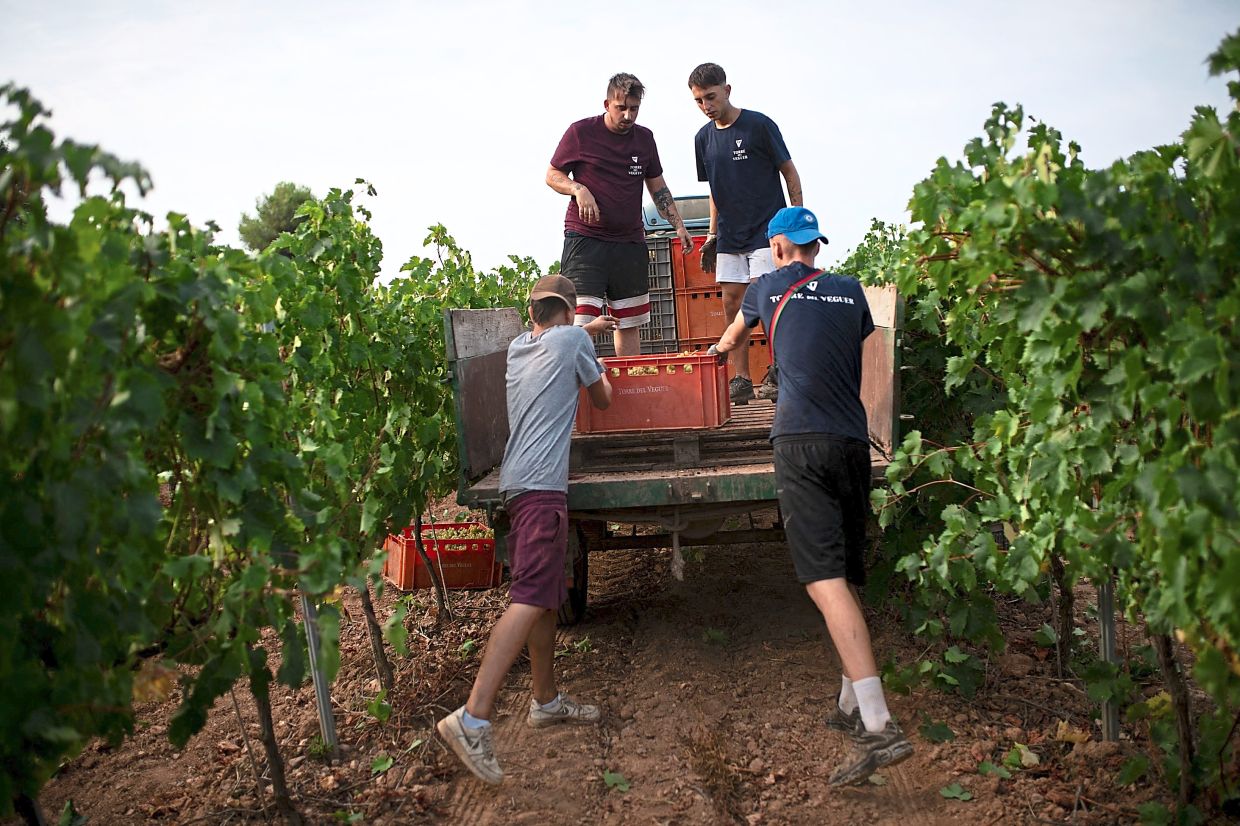 Grape pickers working in the grape harvest in the Torre del Veguer vineyard in Sant Pere de Ribes, near Barcelona.

In Tremp, temperatures are almost 10°C cooler than at sea level, Miguel A. Torres, president of the Familia Torres winery, said.

That makes it possible to grow grape varieties to produce white wines "that still have very good acidity levels", he added.

The company, which exports to 150 countries, also has a laboratory where it revives grape strains that have almost disappeared.

One of them which performs well at high altitudes has already been planted in Tremp.

But the fight to adapt has a stiff price tag.

"The future is complicated," Torres said, adding the wine sector had asked for aid from both the Spanish government and European Union.

De Montella Estany agrees. He predicts that Spain's wine sector will have to go on planting at higher altitudes and "look for grape varieties that ripen later" to survive.

He does not rule out that some parts of the country, especially in the south, will one day no longer be suitable for wine production.

Not everyone is as pessimistic, though.

"Climate change is leading many wineries to get their act together and learn how to make wine, not like our grandparents did, but by looking for new techniques," Zamora said.

"And wines are now much better than they were a few years ago." – AFP Relaxnews

Graves sink and fisheries shrink as a result of climate change in Fiji
Venice of Africa threatened by severe flooding due to climate change
Berlin homeless charity: Needs are soaring but donations are dwindling
This German football fan decorated her whole home in her team's colours
Climate crisis: We must listen to young voices
In rural Cambodia, fried tarantulas are a crispy delicacy
Designers look to nature, landfills for new decor materials
Researchers dig up secrets of 'self-healing' Roman concrete
Rise of 'The Child': Will Malaysia face a turbo-charged El Nino in 2023?
When traffic noise gets too loud for health