What is Umami, the fifth flavour enhancer taste? 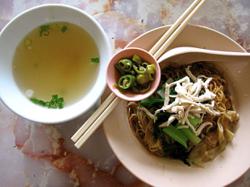 You might think umami is exclusive to Asian cuisine, and not something you’d find in a pea soup or Bolognese. But a little more knowledge about the elusive fifth taste can be used to experiment in all kinds of cooking.

We all have specific ideas about sweet, sour, salty and bitter in our food. But what about umami? This fifth basic taste is perhaps less easy to perceive.

Chef Heiko Antoniewicz, who has published a book on the subject, likes to describe it as a “unique flavour enhancer”.

When we hear the word “sweet”, we immediately have associations with things like sugar, chocolate, sweets or fruit, says food writer Raquel Pelzel. What do we think of when we hear “umami”? Umami-rich dishes can also be described as “meaty”, “cheesy”, “earthy” and “smoky”. 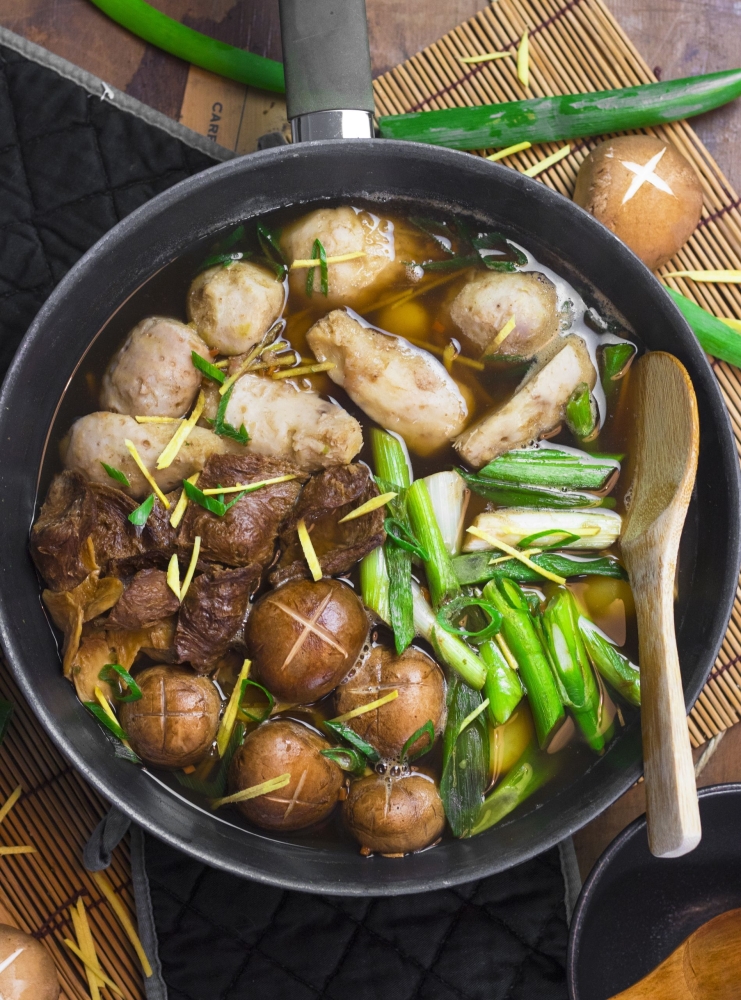 Mushrooms are a real sponge when it comes to umami, here for example in a vegan version of a Japanese meat soup. — dpa

The term is most commonly associated with Asian cuisine, where care has long been taken to give dishes an umami flavour. However, it’s also present in other cuisines. “Everything has a certain amount of umami in it,” says Antoniewicz. Certain foods are packed with the fifth taste, such as dried porcini mushrooms, parmesan and olives.

This flavour can be teased out in various ways – for example by drying, fermenting, boiling, braising or ageing. Aromatic stocks and sauces are often used in Asian cuisine – but it doesn’t stop there. “The Greeks and Romans also prepared umami-rich fish sauces,” explains Antoniewicz.

Long-simmered stews or cured ham also have a high umami content. “A bolognese cooked for hours is a real umami bomb.” So much can be achieved with time and patience. “Everyone knows: A pea soup tastes best after it has been reheated for the third time,” says the cook. Even if it burns a little the second time, this all adds to the flavour. This is because roasted or burnt flavours are considered umami.

That means: We all know umami as a taste, but recognising and differentiating it takes practice. “I wanted to go deeper, so 10 years ago I made fish sauce for the first time,” says Antoniewicz.

Antoniewicz’s book explains the origin of the term “umami”: At the beginning of the 20th century, Japanese chemist Kikunae Ikeda researched taste. He extracted monosodium glutamate crystals from common seaweed and named the flavour enhancer “umami” – a made-up word taken from the Japanese “delicious”.

Monosodium glutamate (MSG), the salt found in glutamic acid, has a bad reputation in many countries. Wrongly so: “A little glutamate in food doesn’t do any harm at all,” says Antoniewicz. However, he advises not to use artificially produced MSG, but natural glutamate, such as those found in parmesan or cured ham. Certain foods such as dried porcini mushrooms are packed with the fifth taste. — 123rf.com

In her book, Pelzel gives tips on how to achieve great effects with simple means – for example by sprinkling smoked salt over fried potatoes or adding a spoonful of miso paste to homemade pesto.

Her book focuses on vegetarian dishes. “Many of us want to eat less meat, but many people who cook at home find vegetables boring or too plain,” she explains. That’s why she wanted to create a collection of vegetarian dishes that would encourage people to eat more vegetables.

The co-authors wanted to show you can create flavour without animal products. Over the course of time, the two found options that won them over – including for dashi, a Japanese fish stock that gives many dishes an umami taste. The two authors make a version with dried shiitake mushrooms and seaweed. They also often use soy sauce as an umami enhancer. – dpa 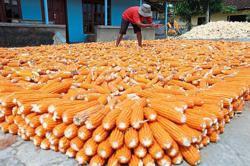 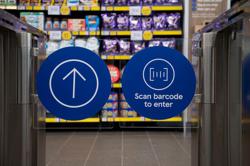 Dear Thelma: I am walking on eggshells due to my volatile, jobless hubby
Tips on how to maintain your memory
Dog Talk: The story of the shy dog and the bold lizard
Malaysian PAM Awards 2021 honours outstanding local projects Premium
Heart and Soul: Growing up in a coastal village in Butterworth
How wind turbine blades could find new life in bus shelters and bike parks
How a German winemaker is thriving in the land of whiskey and Guinness
Exclusive dining experiences in Kuala Lumpur
How to make deadlines work best for you
How citizens are campaigning for a car-free city centre in Berlin