The average price of a coffee can vary greatly from country to country, according to a new study. Photo: AFP

From Finland to the United States, coffee is an integral part of daily life. But this moment of relaxation has a cost, which varies depending on where you are in the world.

A new study lists the destinations where you'll shell out the most for a cup of Joe. Espresso or Americano? Arabica or Robusta? With or without sugar?

Regardless of how you drink it, coffee has become part of the routine for millions of people around the world, whether it's enjoyed iced in Greece or with a cinnamon stick in Mexico.

But coffee prices can vary greatly from country to country, as a study from SavingSpot reveals. Using information from TripAdvisor, the research compares the price of a cup of Joe in various cities around the world, averaging the price of an espresso, a latte and a cappuccino in five local cafes.

Luxembourg: a small country with a big thirst for coffee

While the price of a coffee is particularly high in some parts of the Middle East, it's much more affordable in Iran. Coffee lovers will pay US$0.46 (RM1.90) to sip their favourite drink in Tehran. For those visiting the Albanian capital, Tirana, coffee costs US$1.21 (RM5), and in Bogota it comes in at US$1.27 (RM5.30).

The study also looks at local coffee consumption habits, revealing that appetite for coffee is highest... in Luxembourg! Although Luxembourgers have to spend an average of US$3.90 (RM16.20) for a cup of java, that doesn't stop them from drinking gallons of the stuff every year. In fact, citizens drink more than 11kg of coffee a year, according to SavingSpot estimates.

Similarly, people in Finland and the Netherlands consume some 8.2kg of coffee per year. This is more than twice the annual consumption in France (3.5kg).

However, coffee isn't nearly as popular in countries such as Kenya, Nicaragua and Zimbabwe, where consumption averages 0.1kg per capita per year. – AFP Relaxnews

Up to four cups of coffee is good for the liver

Coffee chains in Vietnam continue to grow amid pandemic

When surgery means no coffee for the caffeine addict 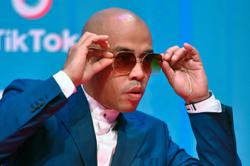