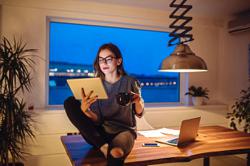 Almost all the most polluting routes used by private jets in Europe pass over France. Most of these routes are between London and Paris, Nice or Geneva. This is all the more problematic since private jets have been found to be 10 times more carbon intensive than commercial airliners, on average.

According to a report titled "Private jets: can the super-rich supercharge zero emission aviation?" from the Transport & Environment campaign group, CO2 emissions from private jets in Europe increased by almost one third (31%) between 2005 and 2019, proportionally rising faster than commercial aviation emissions.

Over the continent as a whole, private jets departing France and Britain represent the biggest source of pollution, accounting for over one third (36%) of private flight emissions in Europe between them.

The report also reveals that one in 10 flights departing France are private jets, and that half of these travelled less than 500km – distances corresponding to the operational range where planes are the least efficient, thus increasing the climate impact of such flights.

Moreover, according to the findings, a typical four-hour private flight creates the same amount of emissions as the average person does in a year, across all their activities.

And the pandemic hasn't changed the game, it seems, since the level of private jet traffic had returned to pre-Covid levels by summer 2020, while most Europeans were still grounded.

Transport & Environment recommends the use of only green hydrogen or electric aircraft for private jet flights under 1, 000km in Europe. Taxes on kerosene and flights should also be imposed on fossil-fuel private jets with alternative transport favoured where possible, the campaign group states.

Indeed, for journeys from London to Paris, from Paris to Geneva or from Geneva to Nice, for example, train travel offers a fast and, above all, more environmentally friendly alternative.

For its part, France is on the verge of banning short-distance commercial flights – routes that can be compensated for by train travel, which is only slightly longer and, more importantly, much less polluting.

Could the same one day apply to private jet travel? — AFP Relaxnews Towards a four-day working week
How clouds affect global warming, and vice versa
Spotting gems amidst the chaos that was Malaysia's Parliament meeting
My Pet Story: Lolita behaves just like a little child
From whisky to wood: Finnish monks turn to forestry to cover pandemic losses
South African activists turn to radioactivity to stop rhino poaching
From open-plan to open-air: Setting up office in a Parisian park
E-commerce platform for young ones
My Pet Story: Darling of our neighbourhood
Championing delicious Orang Asli-grown durians Premium