The next bug thing: French 'bug farm' thrives on demand for pesticide-free fruit 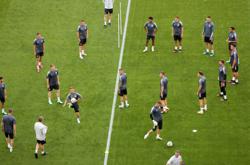 At Saveol's insect farm, the predatory bugs feast on moth eggs spread over hundreds of tobacco plants, which are in the same family as tomatoes and eggplants. Photo: Fred Tanneau/AFP

Farmers in western France are doubling down on an unusual crop: breeding millions of tiny predatory bugs and wasps to protect tomato plants without resorting to the insecticides that consumers are shunning.

"Here, we're in one of the greenhouses for a bug that's called the macrolophus," says Pierre-Yves Jestin, as clouds of the pale green insects swarm around his hands.

Jestin is president of Saveol, the Brittany cooperative that is France's largest tomato producer, cranking out 74,000 tonnes a year.

For several years the cooperative has promoted "pesticide-free" harvests in response to growing concerns about the impact of harsh chemicals on humans and the environment.

It does so thanks to its own bug farm, launched in 1983, that now stretches across 4,500sq m (just over one acre) outside Brest, where the tip of Brittany juts out into the Atlantic.

Plans are in the works to add 1,200sq m more this year, producing macrolophus as well as tiny wasps that feed on common tomato pests such as whiteflies and aphids.

Every week the insects are packed up in plastic boxes and shipped to the cooperative's 126 growers.

"This new extension will allow us to increase our breeding of macrolophus, which are increasingly in demand for the pesticide-free range," said Roselyne Souriau, head of the insect programme at Saveol, whose name means 'sunrise' in the local Breton language.

"At the same time, it will let us develop a new range – at least we hope – better suited to strawberries, with parasitic micro-wasps that feed on aphids," she said.

Because the vast majority of Brittany's tomatoes are grown in greenhouses, they do not qualify for an organic label, which requires plants to be grown under natural conditions in the ground.

That prompted Saveol to team up with two other Brittany cooperatives, Sica and Solarenn, two years ago to promote their pesticide-free offerings.

"In 2020, we didn't use any chemical treatments at all," said Francois Pouliquen, whose eight hectares at the Saveur d'Iroise farm are part of the Saveol network.

"Consumers are now looking to eat healthily," he said. "Organic produce exists of course, but it isn't always within reach for people on a budget. Pesticide-free is an alternative, a third way, for mass production that is still healthy," he said.

Overall, use of predatory insects by French farmers has soared, with regulators approving 330 species as plant pest treatments in the first quarter of this year, up from 257 in 2015, according to the agriculture ministry.

At Saveol's insect farm, the predatory bugs feast on moth eggs spread over hundreds of tobacco plants, which are in the same family as tomatoes and eggplants.

The broad leaves make it easy when workers cut the tops off the plants and shake the insects into a giant metal funnel for packing.

Some 10 million macrolophus and 130 million micro-wasps are produced each year, and Saveol claims it is the only growers' cooperative in Europe with its own insect-raising facility. – AFP Relaxnews 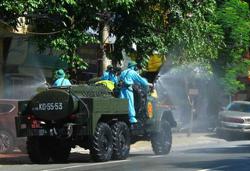 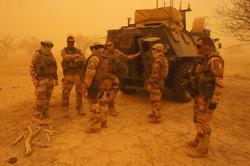