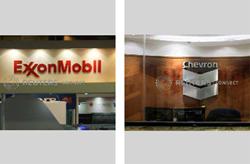 Mainly known as the pollution linked to cattle breeding (and thus to the meat we eat), methane represents the second source of global warming. Photo: AFP


Taking action now to scale back our methane emissions could not only be a game-changer in the fight against global warming, but is also something completely within our reach, says a new United Nations study. According to the report, this strategy could allow us to reduce global temperatures by 0.3°C by 2045.

According to estimates by the Intergovernmental Panel on Climate Change (IPCC), the impact of methane on the environment could be as much as 84 times greater than that of CO2 over a 20-year period. Methane emissions released into the atmosphere have increased by 9% between 2000 and 2017, according to a study by the Global Carbon Project released in July 2020.

Although methane is currently responsible for about 30% of global warming, it has the advantageous property of decomposing in the atmosphere after about 10 years, which is much faster than CO2 (which takes about 100 years to decompose). Furthermore, there are simple and inexpensive strategies to scale back its emissions, according to a new report by the UN environmental programme Climate & Clean Air Coalition.

Mainly known as the pollution linked to cattle breeding (and thus to the meat we eat), methane represents the second source of global warming. But this greenhouse gas is also linked to waste management (especially open dumps that emit methane into the atmosphere), as well as the exploitation of fossil fuels.

Identifying and repairing methane leaks from fossil fuel extraction more effectively, ameliorating biogas capture from organic waste, and changing the diet of livestock cows – for example, by switching from corn or soybeans to flaxseed or alfalfa – are among the strategies that can be implemented to help reduce methane emissions.

Of course, the nature and extent of the strategies to be implemented vary by country.

"For example, whereas the largest potential in Europe and India is in the waste sector, in China it is from coal production and livestock, while in Africa it is from livestock followed by oil and gas," the study indicates.

Carbon emissions are more than countries are reporting: study 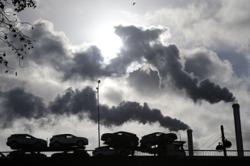