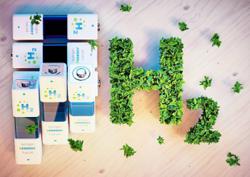 The 2021 edition of the Green Future Index ranks 76 countries around the world according to their environmental commitment. For France, it is the importance given to hydrogen that earns it the fourth place in the ranking. – Photo: Shutterstock, via AFP

Today is Earth Day, so let's take a look at this ranking released earlier this year. In 2021, the greenest countries in the world are Iceland, Denmark, Norway and France. With Iceland's aim for carbon neutrality by 2040 and the efforts of Denmark and Norway to move away from fossil fuels, as well as France's massive investment in the development of the hydrogen industry, Europe is making a bold showing as a future leader in environmental issues.

Produced by the MIT Technology Review, the 2021 edition of the Green Future Index, which ranks 76 countries around the world according to their environmental commitment, places France in fourth place, behind three Nordic countries, Iceland, Denmark and Norway. These countries stand out in particular for their production of renewable energy.

For France, it's the importance placed on hydrogen that earns it the fourth spot in the ranking. "France is a global leader in hydrogen production and has recently pledged to exceed EU targets for hydrogen-based energy with €7 billion ($8.6 billion) earmarked to create 6.5 gigawatts (GW) of electrolyzer capacity by 2030," details the Green Future Index.

Last February, the French government held the first meeting of the National Hydrogen Council. An initiative that follows a vast €7 billion funding plan launched in September 2020 to support numerous projects, including the development of the first hydrogen-powered trains.

In fact, France outperforms other countries such as Germany (11th), Sweden (12th), Canada (14th) and the United States (40th) thanks, in part, to its actions at the political level and the investments it plans to make for a "green recovery.

The last places in this index are occupied mainly by oil and gas-producing countries such as Saudi Arabia, Kuwait, Algeria, Russia, Iran and Qatar.

To establish this ranking, the Green Future Index is based on five key points relating to a country, including CO2 emissions, energy transition, green society or ecological commitment of citizens, innovations in "clean" energy and climate policies. – AFP Relaxnews 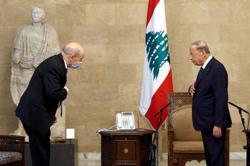 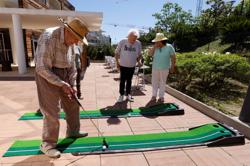 What is 'chrono-urbanism'?
3 Malaysian bars make it on list of Asia's 50 Best Bars
North Korean refugees garner fame, profit and understanding with their YouTube stories
What will the workspace of the future look like?
Your walls are begging for colour. What's best, paint or wallpaper?
Your brain can be plastic if you want
With love on the rocks, marriage counselling booms in China
Car ban and virus curfew open Tunis streets to cyclists
Wuhan's long psychological farewell to the Covid pandemic
Are juice fasts merely hype or a real help?