Heart and Soul: Life and times of a tin-mining coolie

A portrait of Dr Sun Yat Sen, like the one the writer saw in Seng Sook’s room. — The Star/Filepic

When I reached home after school, I saw ambulance workers carrying a body with a blanket covering his face.

My neighbours commented that Uncle Seng had died peacefully in his sleep. We remember him fondly as Seng Sook. Although I felt sad, I was glad to hear that he had departed peacefully.

Seng Sook had shared a room with four other old men – all ex-tin-mining coolies, very thin, with their rib bones sticking out – at the back of Nam Wah coffee shop in Kampar, Perak. Their room was dark and dingy, with a heavy stale stench. My family and other tenants stayed upstairs, above the coffee shop.

Everything inside Seng Sook’s room looked old and broken – the canvas beds (fan boh cheong), clothes and smelly pillows. There was also an old, rusty tham thong (chamber pot) used by Seng Sook and his roommates for target practice with their sputum and cigarette butts. Amazingly, they never failed to hit the target that was six feet away.

Counting the frown lines on his forehead, Seng Sook must be about the same age as my grandfather. Although Seng Sook had a craggy and gaunt-looking face, he had a kind voice and heart. Whenever I chatted with him, he would treat me to some sweets.

Once, I was piqued by a portrait – of a man with deep sad eyes and a big moustache – in his room. It was the same man I had seen at Chung Hua primary school in 1965. Seng Sook told me that the man was Dr Sun Yat Sen, a national hero of China. Out of curiosity, I asked Seng Sook about Dr Sun. So he regaled me with his life story. 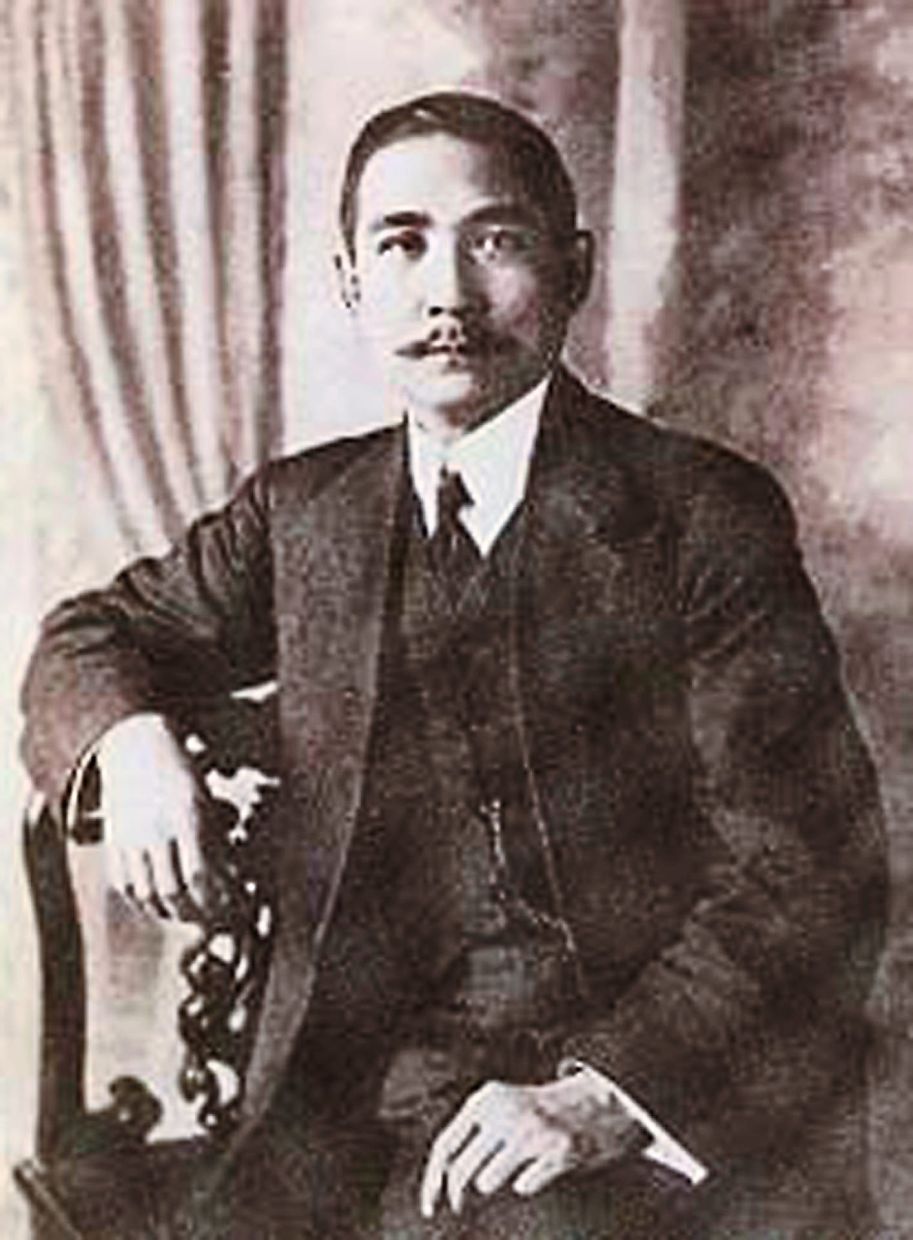 Portrait of Dr Sun Yat Sen. When Seng Sook was a student, he was a youth leader with Dr Sun’s revolutionary movement.

Dr Sun was a revolutionary leader who overthrew the Manchu government in China. He blamed the Manchus for the widespread corruption and opium problem in the country. The Opium Wars had bankrupted China, resulting in mass starvation then. As a young boy, I couldn’t understand what he meant by Manchus, revolution or opium addiction. However, I could see the sparkle in his eyes and feel the gusto in his voice.

Seng Sook came to Malaya from Guangzhou, China, in 1910. As a student, he was a youth leader with Dr Sun’s revolutionary movement. As a symbol of resistance, he and his friends cut off their pig tails. The punishment for this defiance was death.

Once, he narrowly escaped the police by hiding under the false bottom of his smelly toilet. Out of desperation, he escaped to Malaya by boat as a “pig coolie” at 18. He received no salary for the first five years. Every day, he had to toil under the scorching sun from dawn til dusk.

Romance came his way belatedly, at 40. Seng Sook married a beautiful wife who was a dulang washer. He enjoyed a few blissful years of marriage. They even had a cute and chubby baby. When the war came, Seng Sook and his family had to hide and live in the jungle together with a few other families. Life was difficult as there was neither food nor medicine.

Suddenly, Seng Sook’s voice choked and he stopped, and tears welled up in his eyes. He shook his head and stared blankly, as if haunted by some distant painful memory. Later, I learnt from his friend that some patrolling Japanese soldiers raped the women in their jungle camp, including his wife. His baby died of sickness too. That broke his heart.

After the war, Seng Sook resumed working in the tin mines. As times were bad, he had to work doubly hard but his pay was halved. Due to poor working and living conditions, Seng Sook contracted tuberculosis (TB) and suffered its terrible effects. His wife left him when he hit rock bottom.

After his battle with TB, Seng Sook lost his strength and stamina. Hence, he had no choice but to eke out a living as a trishaw man. Seng Sook became thin and weak. Most of the folks who could afford trishaw rides then were rich and fat. They used to live up the hill.

Often, we saw him hunching and panting while pedalling his trishaw, carrying these rich folks uphill. Being an honest man, Seng Sook did not demand any tips. He would give a wide smile to thank his passengers. Due to his heavy smoking, he had more holes than teeth.

One night, while passing by his room, I caught a whiff of a deep stench. Through the cracks in his door, I saw Seng Sook and his friends lying down on their beds. They were lighting up a long pipe using a small “duckling” lamp and smoking something. My parents told me to stay away from them as they were smoking opium.

Later, in school, I learnt that it was common practice for coolies to smoke opium. With neither wives nor homes, they spent their hard-earned money smoking opium to seek some solace by escaping the harsh realities of life, even if it were for a few moments.

Notwithstanding whether it was a moral crime or social injustice, the British Colonial government legalised opium-smoking as it was a major revenue earner.

As an idealistic young man, Seng Sook fought for social justice and against opium addiction. Ironically, he ended up dying as an opium addict. I remember his friends burying his favourite opium pipe and beloved Dr Sun’s portrait together with him in his coffin.

Sadly, thousands of tin-mining coolies suffered the same fate as Seng Sook. They sacrificed their lives working in the tin mines and building the local economy. However, in the end, they died as nameless, hapless and penniless bachelors.