The year of the jigsaw: Millions more puzzles sold in 2020 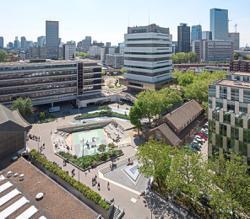 Contact restrictions, closed restaurants and the fear of infection have led to mental and economic depression around the globe. However, the puzzle business has been booming all the while, it would seem.

Europe's largest jigsaw manufacturer has admitted it is benefitting from the circumstances, which have seen millions more people spending time puzzling indoors.

In 2020, toy manufacturer Ravensburger sold 28 million puzzles worldwide, around 32% more than in the previous year, the company announced in January.

At the same time, the group's turnover rose by 20% to €632mil (RM3.08bil) compared to the previous year, the company said in its western German home town of Ravensburg.

The announcement puts a number on a widely observed trend in the past year, which has seen lifestyle magazines recommending top puzzles for time spent in isolation, while media in the US reported jigsaw sections being emptied in toy shops.

"Puzzles do have answers and reaching them provides a kind of instant and temporary relief from the angst," Marcel Danesi Professor of semiotics at University Toronto says.

"They are a form of escape. Once you are concentrated on doing a puzzle, it seems the outside world recedes temporarily. You immerse yourself into the intricacy of the puzzle and forget about everything else," Danesi says on the university's website.

Puzzle Historian Anne Williams at Bates College in Maine told US broadcaster CNBC that a surge in puzzling was also noted during the Great Depression, proving the 2020 trend was not a once-off.

During the economic downturn after 1929, people "felt that their lives were totally out of control as far as the economy went", Williams said.

Puzzles were the opposite.

Ravensburg CEO Clemens Maier also believes the coronavirus is behind the hype for this "quiet hobby", noting that the company had made it through the first year of the pandemic well.

But the trend towards puzzles was also noticeable before the pandemic, Maier said. From 2018 to 2019, Ravensburg puzzle sales had risen by 10% to 21 million.

In 2020, the company even needed to begin production in three shifts to meet demand, CFO Hanspeter Muerle said. Even still, there were bottlenecks with deliveries.

Nevertheless, Ravensburger does not want to call itself a winner during the pandemic, nor make predictions for the coming year. "We assume that the trend towards games and puzzles will continue." – dpa What parents of left-handed kids should know
What are water squares and how can they help prevent urban flooding?
Japanese beer brewery makes jeans out of waste from the brewing process
Is a vegan diet healthy for your dog?
How colour interventions in urban spaces affect residents' wellbeing
Shorthand for scandal, from Watergate to Partygate
You don't need to water your plants every day, just thoroughly
Workplace: How to say ‘no’ to your boss politely
Malaysian author's first cookbook named world's best in street food category
Are you 'pangry'? Pandemic anger is a real mental health concern