Plastic in the future may be made from sewage sludge

Reserchers in the United States have discovered an efficient, cost-effective way to make biodegradable plastics from unused and potentially polluting waste.

The process makes use of bacteria found in the salt water of mangroves.

The starting point for the study was a simple observation: the US generates seven million tonnes of sewage sludge annually – enough to fill 2,500 Olympic-sized swimming pools.

While some of this waste is repurposed for manure and other land applications, a large quantity is sent to landfill.

Now, after several attempts, a team of researchers from Texas A&M University have discovered an efficient and cost-effective way of using leftover sludge to produce biodegradable plastics.

The scientists discovered that this bacterium was capable of consuming sludge and wastewater to produce polyhydroxybutyrate, a type of biopolymer that can be used to substitute petroleum-based plastics.

“The price of raw materials to cultivate biopolymer-producing bacteria accounts for 25-45% of the total production cost of manufacturing bioplastics.

“Certainly, this cost can be greatly reduced if we can tap into an alternate resource that is cheaper and readily obtainable.

“We have demonstrated a potential way to use municipal wastewater-activated sludge and agri- and aqua-culture industrial wastewater to make biodegradable plastics, ” explains Dr Kung-Hui (Bella) Chu, one of the study’s lead authors.

While the findings may contribute to reducing the environmental impact of waste, they could also help make the cost of bioplastics more competitive than ordinary plastics.

According to the researchers, their discovery offers “a low cost, sustainable method to make bioplastics and another way to repurpose biowastes that are costly to dispose of”. – AFP Relaxnews 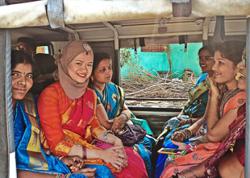