Spanish consultant Linaje working at his home in Villalba de Duero, a village of around 700 people about 170km north of Madrid. — AFP

Tired of Madrid’s crowds, Antonio Linaje took advantage of the shift to telework sparked by the pandemic to move back to the village where he spent his holidays as a child.

The 28-year-old political consultant settled in October in a house he inherited from his grandparents in Villalba de Duero, a village of around 700 people about 170km north of the bustling Spanish capital.

“I always dreamed of returning home, ” he said, stressing that the move was only possible thanks to the availability of high-speed fibre optic Internet broadband in the village.

But for many Spaniards looking to make a similar move to the countryside during the pandemic, a lack of good Internet access often stands in the way.

Just over one in four Spaniards – some 13 million people – do not have decent Internet access, according to Spanish trade union UGT.

This digital divide is the legacy of years of a lack of investment in Spain’s depopulated interior, which has been emptied out by the flight of young people to cities since the 1950s in search of better job opportunities.

Some parts of Spain have just two people per square kilometre – the same density as in Siberia.

Carmen Rogado, a 36-year-old bank employee, said she abandoned her plan to move back to her home village of Arabayona de Mogica in western Spain because she could only get slow Internet access there.

“You want to come back and in the end circumstances force you to stay in big cities, ” she said.Historic opportunity

The problem is not unique to Spain.

Two-thirds of school-age children worldwide have no Internet at home, according to a UN report published earlier this month, even as pandemic-induced school closures have made online access vital to getting educated.

The Spanish government has promised an ambitious European Union-funded programme to provide “adequate” Internet connectivity to 100% of Spain’s population by 2025 as part of its efforts to revive the countryside.

Spain, one of the main beneficiaries of the EU’s €750bil (RM3.7tril) coronavirus recovery package, has a “historic opportunity” to “re-populate interior regions” which have long been neglected, said Gema Roman of consultancy firm Atrevia.

To attract more people to the countryside, the government must build more schools and hospitals in rural areas and encourage companies to use a mix of telework and working from the office, she added.

Linaje said his daily routine had changed radically since he left Madrid.

Instead of starting the day by cramming into the metro, his first task now is to turn on an old-fashioned wood-burning home heating system.

The village, which is full of abandoned houses, has only one bar.

But Linaje said he enjoys buying food from travelling vendors instead of at a supermarket, and of spending more time with his family.

“There are only advantages to living in a village, not just for me, but for the entire population, ” he said, pointing to the lower cost of living in rural areas and a reduction in traffic congestion in cities as examples.

Raquel Carames, 38, quit her public relations job in September to move from Madrid to Chiclana de la Frontera, a resort town on the southwest tip of Spain where she usually spent her holidays.

That same day she was hired by a chain of rural hotels based in Madrid.

“It changed my life, ” she said, listing the greater closeness she has with her neighbours in Chiclana as one of the advantages of her new life.

“There is a very strong network of people who look after you, ” she added, smiling. – AFP

Ministry to speed up Net access in the interior

Think your kid is spending too much time playing video games? 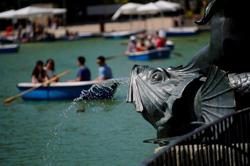 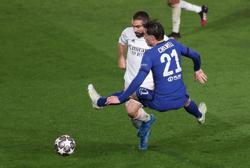