We need to embrace the darkness of nighttime

File image of Los Angeles at night viewed from the Griffith Observatory. Scientists say Earth’s light pollution is on the rise, with implications for the environment and human health. — Tribune News Service

As the Covid-19 pandemic has moved around the world, cities have gone into lockdown and people have been encouraged to stay at home. In many places, curfews have been introduced.

Back in spring under the first UK lockdown, I went on numerous night walks in my home city of Manchester. I was struck by several things. Without traffic or trains, birdsong prevailed in this peculiar quietness. The air was fresh and crisp without the usual pollution. Yet, the artificial lights of the city at night still blazed, for no one.

Now, as England enters a second national lockdown, urban landscapes remain just as bright. It’s a similar situation around the globe, a powerful reminder of the wasteful ways we have become so accustomed to that we don’t even think about them. 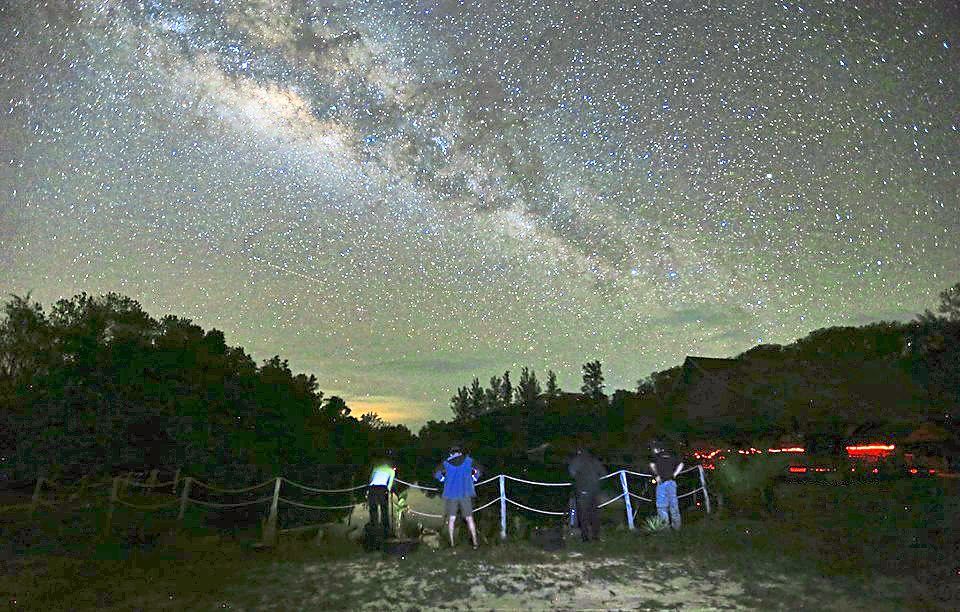 Light pollution-free Kudat, Sabah, allows star-gazers to see the Milky Way with the naked eye. — EDDIE CHUA/The StarLight pollution is a big problem, not just because of the needless energy and money that it represents. Light is everywhere, an often-uninvited byproduct of our contemporary lives, shining from the devices we use and through the environments we inhabit.

Darkness, meanwhile, appears unwanted. How did we get to the point where if an urban landscape is not dazzling with light it must be troubling, even threatening?

From dark to light

Since the Enlightenment in the 18th century, Western culture has been closely bound with ideas of illumination and darkness as representative of good and evil. Shining a light on all things meant the pursuit of truth, knowledge and wisdom. Darkness, by contrast, was associated with ignorance, deviancy, malevolence and barbarism.

Between the 16th and 18th centuries in Europe, for example, changes in attitudes toward the night were important in framing perceptions of darkness that have endured. Transformations in societies gave rise to new opportunities which, coupled with the evolution of artificial illumination and street lighting, recast the night as an expansion of the day. Rather than being embraced, darkness was viewed as something to be banished with light.

But this view was not necessarily shared by other cultures. For example, in his 1933 classic In Praise Of Shadows, Japanese author Jun’ichir Tanizaki points out the absurdity of greater and greater quantities of light: “The progressive Westerner is determined always to better his lot. From candle to oil lamp, oil lamp to gaslight, gaslight to electric light – his quest for a brighter light never ceases, he spares no pains to eradicate even the minutest shadow.”

In the context of many city centres today, darkness is unwanted – connected to criminal, immoral and sinister behaviour. Yet recent research by British engineering firm Arup has shown that some of these concerns might be misplaced. Further research has shown that cities need a better understanding of light to help tackle inequality. It can be used to promote civic life and help create urban spaces that are vibrant, accessible and comfortable for the diverse people who share them.

Meanwhile values of light, clarity, cleanliness and coherence in urban landscapes have been transferred across the global experience of culture more widely, resulting in a worldwide disappearance of the night sky.

The cost of light 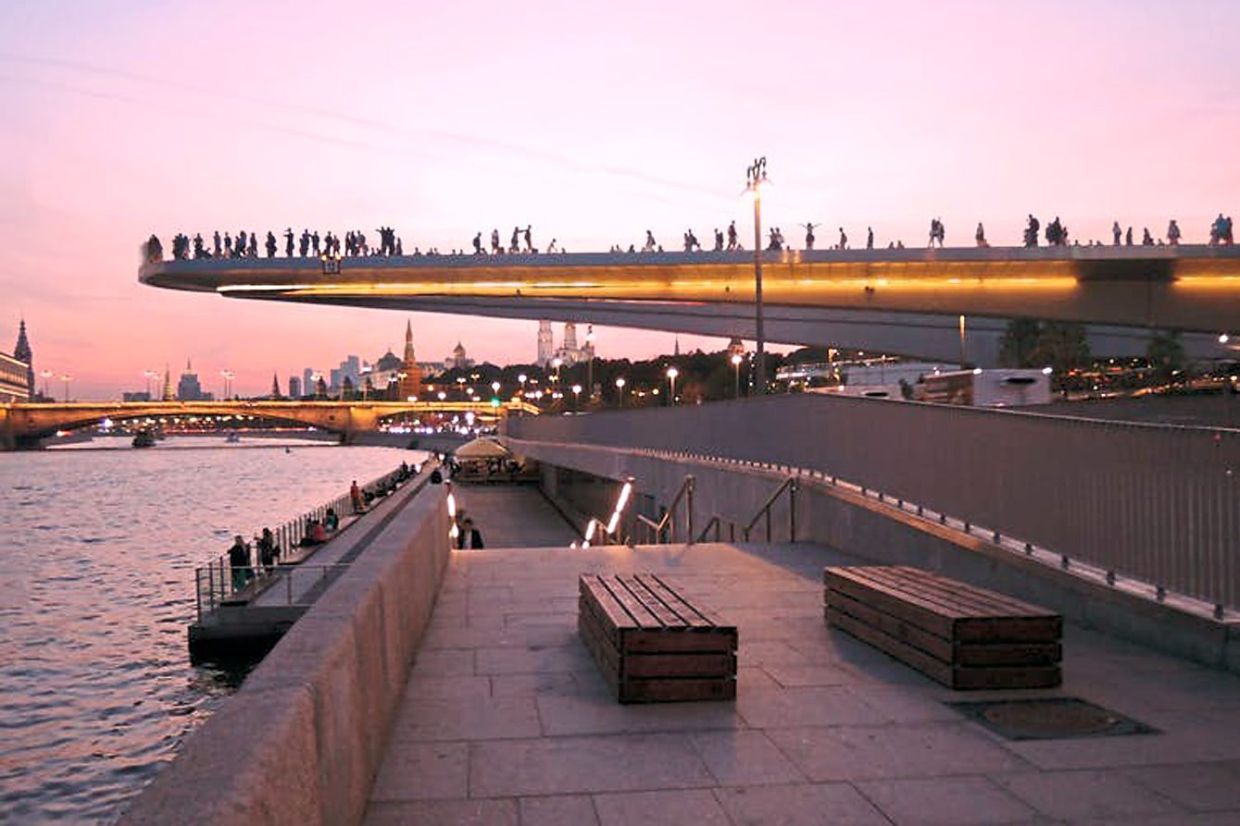 The lighting scheme for Moscow's Zaryadye Park is designed to only reflect existing sources of light. — Diller Scofidio+RenfroThis is not a small issue. Scientists are increasingly referring to this as a global challenge. The International Dark-Sky Association has shown that the waste in both energy and money is huge – in the United States alone this adds up to $3.3bil (RM13.5bil) and an unnecessary release of 21 million tonnes of carbon dioxide each year. Of greater concern are the devastating impacts light pollution is having upon human health, other species, and the planet’s ecosystems.

The circadian rhythms of humans are disrupted by exposure to artificial light at night, making those working on-call, long hours or in shift work prone to issues such as cancer, cardiovascular disease, diabetes, obesity and gastrointestinal disorders.

It is clear we need alternatives – and quickly. Instead of reducing lighting pollution, new LED technologies actually increased it. This is because they have been rolled out with an emphasis on economic savings rather than scrutinised and applied with the nuance they are capable of in terms of array, colour, and power. Shifting the emphasis from quantity to quality is crucial so that we can appreciate different types of lighting appropriate to different contexts, such as the lighting scheme for Moscow’s Zaryadye Park, designed by US design studio Diller Scofidio + Renfro, which only reflects existing sources of light.

Dark skies have value. They are a profoundly wonderful yet highly threatened natural asset. It is unsurprising that people are increasingly rediscovering the joys of walking at night, whether in cities or the countryside.

We need a new conception of the dark and new visions for places that enable us to reconnect with the night sky through more responsible and less environmentally harmful lighting.

Although intended as art, Thierry Cohen’s Villes Éteintes (Darkened Cities) photographic series is powerful in the way it conveys how future cities could be like with a more responsible and ecological approach to urban illumination. His photographs are a reminder of our connection to the cosmos and the dark skies many miss out on.

Among the complex and cascading issues that climate change presents, engaging with the potential of darkness in our cities is more important and urgent than ever before. Urban development around the world remains uneven and it would be easy to repeat and increase the problems we have already caused with light pollution. It is time for us to embrace the darkness. – The Conversation

Nick Dunn is professor of Urban Design, Lancaster University, Britain. This article is republished from The Conversation (theconversation.com) under a Creative Commons license.

This Japanese sightseeing train runs on leftover ramen broth
WWII weapons bunker now houses a scientist’s insect collection
This Copenhagen eco-district is rising to an unprecedented challenge
Dear Thelma: I feel guilty about breaking up with my ex-girlfriend
Climbing temperatures have wrought major changes to ocean stability faster than previously thought
Amsterdam unveils its largest bike garage, and it's underwater
INTERACTIVE: Funny bunny facts for the Year of the Rabbit
Russia's conflict diamonds: Who profits most from the ongoing trade?
Ukraine's Odessa wins Unesco status despite Russia opposition
Graves sink and fisheries shrink as a result of climate change in Fiji