An artist’s rendering of what a prolonged moon mission could look like. — NASA/TNS

NASA has announced in a US$28mil (RM116mil) plan that in 2024 a woman and a man will land on the moon for the first time since the last Apollo lunar mission in 1972.

The move is in line with its mandate to establish sustainable space exploration by the end of this decade, the agency said on Oct 5, laying out its plan in a 74-page opus.

All it needs is US$3.2bil (RM13.2bil) more to build a landing system there, BBC News reported.

“With bipartisan support from Congress, our 21st century push to the Moon is well within America’s reach,” NASA administrator Jim Bridenstine said in a statement.

As we’ve solidified more of our exploration plans in recent months, we’ve continued to refine our budget and architecture. We’re going back to the Moon for scientific discovery, economic benefits, and inspiration for a new a generation of explorers. As we build up a sustainable presence, we’re also building momentum towards those first human steps on the Red Planet.”

Before we get to Mars, though, NASA plans to start relatively small. And it needs a few more billion dollars.

A series of test flight missions will be conducted this fall and, as soon as 2021, NASA plans to send robotic missions to the moon via commercial delivery services, landing “dozens of new science investigations and technology demonstrations to the Moon twice per year beginning in 2021”.

The mission is called Artemis, and it’s divided into stages I, II and III. Phase I will culminate in moon stays of as long as seven days, NASA said. Among other tasks, they’ll seek resources that will enable them to conduct ever deeper explorations.

“Throughout the Artemis programme, robots and humans will search for, and potentially extract, resources such as water that can be converted into other usable resources, including oxygen and fuel, NASA said. “By fine-tuning precision landing technologies as well as developing new mobility capabilities, astronauts will travel farther distances and explore new regions of the Moon.”

The longer-term hope is to use a moon base as a jumping-off point for “the next giant leap – sending astronauts to Mars, ” NASA said. – Tribune News Service/New York Daily News/Theresa Braine

Japan plans to recruit astronauts in 2021, first time in 13 yrs

Power of imagination fuels animated feature 'Over The Moon' 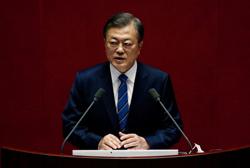 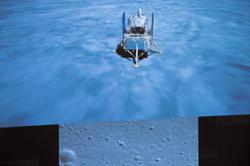 Only 2 ways you're likely to accidentally kill your succulents
3 alternative advent calendar ideas for kids
Helping a stray cat to survive
Mobile, modular houses: What if you could just add an extra room when you need more space?
Purr-fect petting: How to bond with cats
Tragic phenomenon of animal hoarding
Giant bus crosses Iceland's threatened glacier
Stinky kisses from the dog could mean something more sinister
Have Yourself A Merry And Blessed Christmas
Reimagining A White Christmas Tradition