Aiman, aka The Coconut Kook, is worried about losing sales on big items like birthday cakes. Photos: Aiman Anuar

Home-based businesses already operate in a volatile market, competing with established restaurants, bakeries and cafes for the attention of Malaysians.

So it's little surprise that when the conditional movement control order (MCO) affecting Kuala Lumpur, Selangor and Putrajaya was announced recently, many Malaysian home-based bakers were ready to feel the pinch.

“My orders for the next couple of weeks are all for birthday parties and office events. So I knew there were going to be some cancellations, and I was right.

“I have had five customers asking for refunds, but I am more than happy to give it. I have lost about RM1,200 in sales already, ” bemoans Aiman Ahmad Anuar, who holds a patisserie diploma from Le Cordon Bleu Malaysia.

During the MCO period earlier this year, Aiman lost his job as a brand consultant and if that wasn’t enough, he was working through a difficult time in his personal life.

But the 30-year-old Master’s degree graduate in communications was not going to let such things pull him down.

“I realised it was quite difficult to find a job that I would be comfortable with, so I decided to go back to baking from home!” the Bukit Jelutong, Shah Alam-based Aiman says.

So last month, Aiman set up The Coconut Kook, a home-based baking business specialising in brownies, cakes and sticky buns. His business was growing steadily, with three to five orders coming in daily via his Instagram page. Aiman is finding ways to be more efficient with his baking amid the conditional MCO.

Now, with inter-district travel restrictions under the conditional MCO, Aiman is concerned about delivering his baked goods to his customers.

“I know e-hailing services can still operate but I can't drive out to Bangsar or Damansara if I can't get a rider. So logistically, it will be an issue, ” adds Aiman.

Fearing that he’d run out of baking ingredients and packaging items like cake boxes and boards in the coming days, Aiman made a dash to his regular store recently and spent over RM1,000 in supplies in case he couldn't leave Shah Alam. Normally he spends about RM300 every few weeks.

“Interestingly, there are still orders coming in for the smaller items, like brownies and sticky buns. So I’m hoping it won't be so bad, ” he says.

Aiman also decided to take a more entrepreneurial approach to his sticky situation. 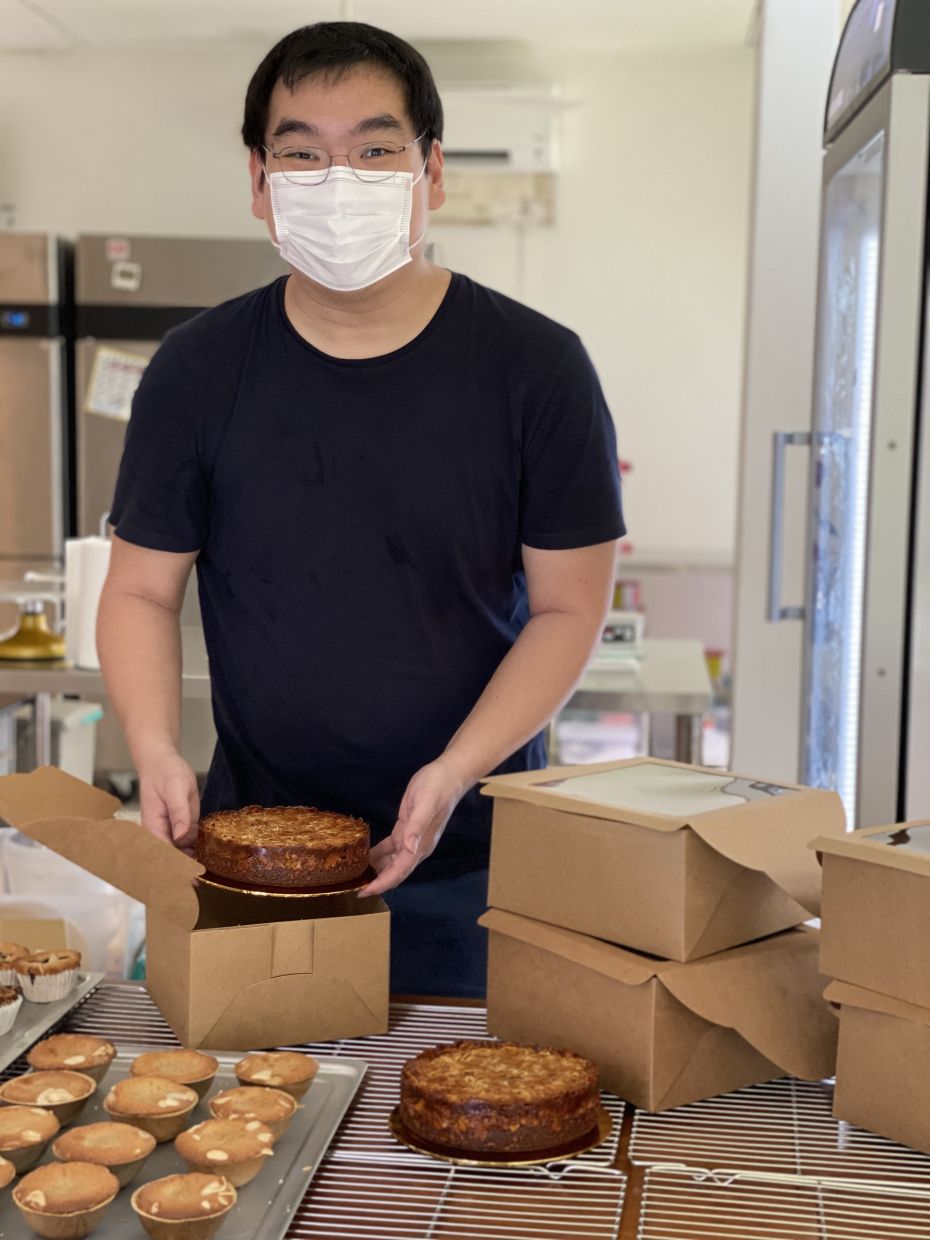 Although the conditional MCO was just announced, Cheah has already had a number of cake cancellations. Photos: Cheah Wen Tao“I’m planning to expedite my development. If sales are down, I'll have time to develop more recipes that aren't geared for celebrations.

“Instead, I want to make things people can eat on a daily basis, for example enriched breads such as brioche or baked snacks such as cheese cookies.

“But margins will be lower, for a lot more work, so I need to focus on finding ways to be far more efficient with my baking, ” he offers.

Riding out the storm

For established home baker Cheah Wen Tao, who runs the popular Tao Bakes Cakes, the MCO in March provided a steep learning curve and an opportunity to prepare for the current conditional MCO.

“The MCO was very difficult for us. What happened was we got a lot of cake cancellations for birthdays. At first I didn’t know what to do with all the extra stock, so I started selling cake quarters and that proved to be amazing – all the quarters sold out within three minutes of us announcing it on social media!” he says.

Cheah adds that because they experienced so many cancellations during the MCO, he was better prepared for the influx of cancellations when the conditional MCO was announced.

“We have had a lot of cancellations for whole cakes but it is not as bad as the previous time, ” he says.

This time around, Cheah has learnt how to steer the business to survive the two-week period.

“We had more time to prepare and improve our capacity. We have better supplier relationships, so we are well stocked up on essentials like flour. Also, instead of having multiple delivery riders congregating outside our home, we rely on just one or two reliable riders to get all our orders out, ” he says. Although Cheah typically focuses on whole cakes, during the conditional MCO, he will be preparing smaller cakes and variety boxes instead.

Cheah says during this period, he foresees that people won’t be ordering as many celebration cakes. Instead, they are likely to be sending cake slices or small cakes to friends and family as little care packages and goodwill gestures.

Which is why he says he is temporarily ditching the usual nine-inch cakes that he makes in favour of variety boxes, cake slices and smaller cakes.

“Business will be quiet for the next two weeks, but I don’t think it will have much effect in the medium- to long-term, ” he believes.

Conditional MCO: How the elderly are staying active

CMCO: Family of seven a little anxious, taking things one day at a time