One particular 10-foot (3m) tiger shark studied by scientists with a satellite tracker was found to have made a 4,000-mile (6,430km) trans-oceanic journey from Africa, across the Indian Ocean. Photo: TNS

A 10-foot (3m) tiger shark fitted with a satellite tracker has stunned researchers by proving the species is capable of crossing entire oceans.

The non-profit OCEARCH, which documented the trek, says the female shark named Sereia made a 4,000-mile (6,437km) trans-oceanic journey from Africa, across the Indian Ocean, to within 800 miles (1,287km) of Indonesia’s coast.

In doing so, she showed “the range tiger sharks are capable of covering,” OCEARCH said.

Researchers with the Biopixel Oceans Foundation and the Oceanographic Research Institute are behind the discovery, and they’re trying to figure out why the shark made the trip. Where is it going?

“This shark moving across the Indian Ocean puts the question of connectivity into a much larger scale, especially if she does make it all the way to Indonesia or Australia,” Biopixel Oceans Foundation scientist Adam Barnett said in a release.

“An interesting aspect of this large-scale movement is understanding not just where this shark is moving to, but why.”

Sereia was tagged off Mozambique in November 2018 and tracked crossing the Indian Ocean last month, according to OCEARCH spokesman John Kanaly. That is the longest tiger shark migration ever recorded, he said in a release.

Ryan Daly of the Oceanographic Research Institute in South Africa says the discovery is “incredibly important”, in part because it “opens up a whole new line of questioning,” according to the release.

OCEARCH is best known for tracking great white sharks along the East Coast of the United States. The agency hopes to find out where they mate and give birth.

It has never tracked a shark crossing the Atlantic completely, but some have come close. A great white shark named Lydia was tracked crossing the Mid Atlantic Ridge, a trip that took her 2,200 miles (3,540km) east of the North Carolina coast, OCEARCH says.

Sharks tracked by OCEARCH have proven the species is capable of travelling from Nova Scotia to the mouth of the Mississippi River in the Gulf of Mexico. – The Charlotte Observer/TNS

Lack of oxygen may have caused largest marine extinction 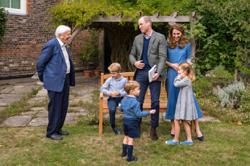 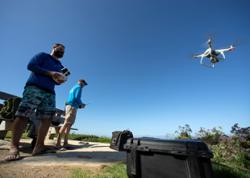