Dog Talk: Owning a dog is paw-some, but can sometimes be a pain

A dog can be a wonderful companion if one can accept that lots of work goes into caring for it. — 123rf.com

Dogs are cute and they're pawsome company. Also, shelters are full to bursting point and many have to close down as the pandemic is killing the support systems that fund them.

It seems that a fairly simple solution would be for all of us to adopt a couple of dogs. However, if your understanding of dog ownership comes from Instagram and films, you may be seeing a rosier side of the deal.

We asked some regular Dog Talk readers to talk to us about the less fun aspects of owning dogs, and how they manage these.

Isabel Ling left her native Kuala Lumpur for Port Macquarie, Australia, and has been a dog owner in both.

"Back when we lived at home, we had this tiny fluffball called Kinoko. She was like a plush toy but when we first took her out for walks, the neighbours would scream in fear but they got to know her and love her. "Having a dog in Australia is a different experience. Over here, everyone walks their dog. It's very social and there are no frowns. Also, we have lots of dog parks. They're safe, enclosed and the dogs play together. If you're feeling a bit lazy, that's a good break for both of you. It makes it an outing, not a chore.

"Kinoko passed away some time ago and now we have Bilbo, a five-month-old terrier cross. He needs a lot of exercise so we go to the park where he runs around and I walk. He's racing about and covers 10km while I cover about 2km."

Tip: Before you adopt a dog, check for a dog-friendly park near you.

Heather Briney, of Jersey, the United States, is mum to She-She, a 13-year-old Pitt mix and Barley, a two-year-old Whippet mix.

"She-She is a bit slower due to her age but Barley loves walks as she has plenty of energy.

"I’m lucky to have a large fenced-in yard for them to get exercise in. Barley loves chasing the ball and will play with it for an hour if you let her."

"Our girls go out at 6am, 8am, noon, 430 pm, and again at 9pm. They don’t get walked at all of those times, they go on the yard for most of them, but they have a set schedule and they will whine if you miss one of their times to go out. Before we had a fenced yard, it was horrible walking them in all weather."

Tip: A fenced garden and a ball will help you keep your pet exercised.

Dog lover Juelie Koh of Klang, Selangor, lived with Midnight, an adopted mixed breed, for 17 years. When she passed, Juelie was crushed. However, after a year or so, she adopted Image, another mixed breed who had turned up at the gate.

"The biggest benefit is that dogs are house guardians. They bark at strangers, snakes, rats, and are always vigilant. But they also need lots of hands-on care like walking and bathing. Most of all, though, dogs need companionship.

"Midnight was fine as long as I was in sight but Image needs to be touching you. I like it, but it is a constant thing, like having a kid, maybe. There's no avoiding it. You feel guilty if you have to go out and leave them alone. And if you're not there, they whine."

Tip: Dogs are hugely social and they bond. You can adopt two dogs, which takes some of the pressure off, but basically, be prepared to have a 24/7 shadow.

Cynthia Chin of Kuching is mum to six rescue dogs: Coffee (aged six), SuzieQ and Floppy (both aged four), Milo (two), and Jorgy and Sammy (both a year old).

"I have small dinner parties and, luckily for me, my guests understand what they're getting into.

Coffee is afraid of strangers and doesn't like loud noises, so she won't come into the house. As for the rest, there will be a bit of barking when the guests arrive but it's manageable and my friends accept that my dogs can be loud.

"Also, I do a fair bit of travelling, going abroad two or three times a year for work. Thankfully, I have a wonderful uncle who lives close by who adores the dogs. Rescue dogs can be a problem because of trauma, and Coffee is very difficult. She only likes two people – and luckily that's me and my uncle.

"Without my uncle, I'd be looking at RM600 to RM800 extra for every trip abroad as I'd have to pay someone to take care of them."

Tip: Before adopting, figure out if you can swap dog-sitting duties with a neighbour. Alternatively, you will have to budget for extra costs whenever you are away overnight.

Dogs bark, and some are noisier than others. Gaelle Favre, mum of Patch, an 11-year-old Jack Russell – a breed known for being noisy – lives in a condo in Singapore.

"We started by looking for a landlord and neighbourhood that were dog-friendly, so we are in a building where at least one other neighbour on the same floor also has a dog.

"Patch is a bit of a 'counterfeit' Jack Russell because he's a total couch potato. However, he barks when someone is at our door. Also, being a terrier, he recognises the sound of the postman and grocery delivery, so he sometimes starts to bark before they even ring the bell.

"Patch also barks when someone is at the neighbour's door. When it's not for us, he gets perplexed and that's when it's the hardest for him to stop barking.

"Because we very purposefully chose a condo where there are lots of dogs, we don't get complaints. However, it's a good thing that there is almost always someone home. That means that when he barks, we hush him by saying, 'Thank you, good barking, good job.'"

Tip: Live in a dog-friendly neighbourhood and adopt an "at-home" style so that neighbours aren't disturbed by a lonely dog making noise.

Silky Terriers, Shih Tzus, Maltese and Pekingese are popular because they're small and attractive. While they seem ideal for little homes and condos, the pretty fur does take extra work.

"It's very hot here, so long hair is uncomfortable," says Susan Yee, from Kajang, mum of Jackpot, an 11-year-old Shih Tzu, and Bailey, a rescue who's a Golden Retriever and German Shepherd mix.

"Grooming is very expensive, costing RM110 to RM120, up from RM80 to RM90 a few years ago. I bought an electric shaver and now I groom them myself. I cut the fur short every three months, and then let it grow out.

"Even then, they shed hair. I brush up all the loose fur at the end of every day but as Bailey is shedding at the moment, it's an uphill battle. I swept last night, and first thing this morning there were balls of fur everywhere. He has a thick coat so he needs lots of extra brushing.

"The other grooming essential is their feet. Their nails can't be too long, which means trimming them every couple of weeks. You've got to be careful as clipping them too short causes bleeding and hurts them. Also, the dew claw can grow into the skin, so that needs to be watched."

Tip: Fur everywhere is unavoidable but you can manage the extra cost of long fur by investing in grooming lessons.

Dog ownership is a massive responsibility and it's not for everyone. However, if you put in the work, and are happy to care for a pet, the bond can be wonderfully fulfilling. While pet owners accept that the walkies and the constant fur can be a pain, they all agree that dog love is pawsome. It's why we call them Man's Best Friend.

Need to see the vet during the MCO? Here's what you need to know 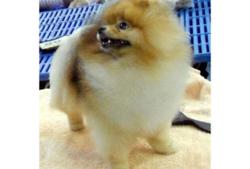 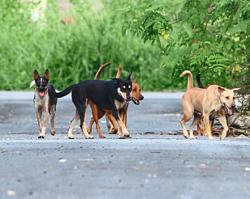 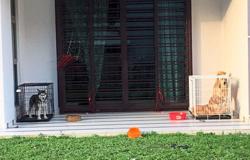