Swooner’s best friend is Charlie. But when Charlie’s mum went away for Christmas, the two cats had a spat. Even best friends can sometimes have a fallout. — 123rf.com

Swooner trots in and out of the house a dozen times a day. He comes home to use the cat box, to play with Tic Tac or just to say hello. But in the early evening, he reverts to being a kitten and he comes in to demand a cuddle.

I know what he wants because he comes over and makes kitten noises. Yes, my big boy mews like a teeny tiny baby cat. It’s my signal to drop whatever I’m doing and to pick him up.

Our cuddle has a routine too. Swooner sits upright on my lap and I have to rub his chest and kiss the top of his head. If I stop, he headbutts me and meows. It’s a love-fest and it’s one of the highlights of my day.

Apart from our cuddles, Swooner is a macho cat. If I meet him on the street, I rub his back or tail and that’s as far as it goes.

That’s because he’s out with his pal, Charlie. And when cats are out and about, acting tough in front of the Gremlins, the pugs, the huskies and the other dogs who are our neighbours, they don’t want to be covered in kisses while being called furry-purry-squeezlebug-kitten-kursqueezle. It’s simply too shaming. 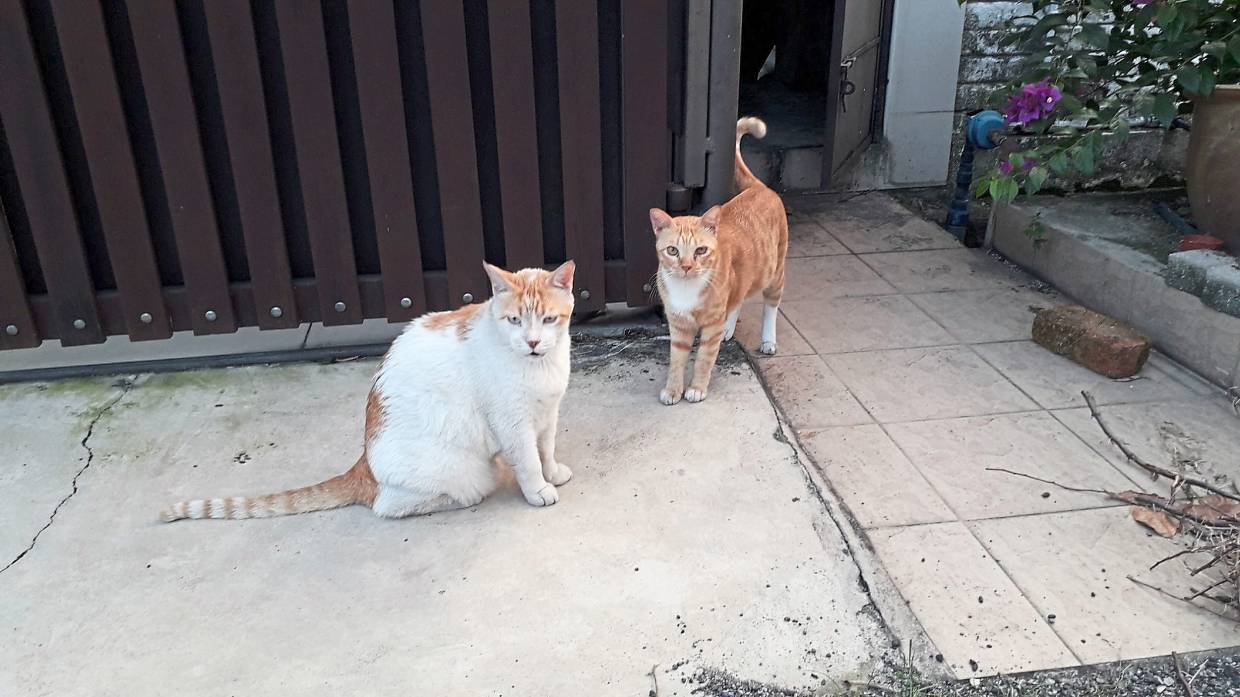 Slushy business is therefore a strictly at-home activity but, during the holiday period, this iron-clad rule went completely out of the window.

Whenever Charlie’s family are away overnight, I nip over and feed the cats. I say cats instead of cat because our Swooner is a totally shameless beggar who has convinced Charlie’s mum that he is entitled to a standing invitation to share Charlie’s meals.

As she’s soft, Swooner gets a bowl of soft food, mixed in with biscuits. This is after he has had his own meal, gourmet food presented in a bowl printed with cat ears and whiskers, at home. As I said: shameless.

All us humans know my pet is a con artist but as he’s a cat, he gets his way. So, this trip, I tried not to laugh as Charlie’s mum solemnly handed over cat food with a reminder that Swooner has his own bowl and likes his food presented mashed.

The first morning, I picked up the keys and went across the street to start the usual ritual. When I opened the gate, Charlie was lying in front of his dog house, his favourite hidey-hole, and Swooner was lying on the fluffy rug on the bench.

The two cats said hello and, as always, I petted them before I washed the bowls and refreshed their water. But I was a bit taken aback when Swooner started rolling at my feet and making his kitten noises.

I picked him up and cuddled him. To my amazement, Swooner was meowing and headbutting me. The uncharacteristic behaviour worried me so much that I sat on the bench and checked him over. He was fine. Purry-furry headbutting happy fine.

Cats can be super mysterious and sometimes we mere mortals have to just accept things as they are. I put Swooner down, finished the job and went off home.

It was only the next day that I figured out what was going on.

It was early in the morning with the air still fresh and the birds singing away. I had seen the boys out on their dawn walk earlier, strolling down the road like two tough bruisers, pretending not to hear the frantic barking from the dog neighbours who were all corralled behind their gates.

Cats can be super teasers and these two boys have their daily fun no matter how often we lecture them about manners.

As I walked in, Charlie got up to say hello to me. Before he’d finished his super long full-body stretch, Swooner rolled off the bench and dashed between us. My pet stood in front of me, tail bushed up like a toilet brush and chin lifted in a definite challenge.

Charlie just stared at him. Then, as he locked eyes with at me, Swooner shrieked at him.

The message was as clear as day, “Get away from my mummy.”

Hearing that screech, the penny dropped. The baby mews, the cuddles and the headbutts all made sense. My pet was jealous.

There’s only one thing to do when a cat is consumed by the green-eyed monster: I picked Swooner up and cuddled him. Telling him he was my special boy, my very own furry-purry-squeezlebug-kitten-kursqueezle and giving him kisses, helped.

By the time I put him down, Swooner seemed happier. We washed the dishes, doled out breakfast, with his biscuits mashed in – and then Charlie meowed his thanks and headbutted me.

A split second later, Swooner whapped his friend. It was a beautiful southpaw hook and it caught poor old Charlie totally by surprise.

I grabbed my cat, apologised to Charlie and took Swooner home. As cats can’t control their emotions, I cuddled him and gave him a treat. Then I went back across the street, checked Charlie over (he was fine) and petted him.

The two boys are besties but, like all friends, they occasionally fall out. Usually a 15-minute timeout is enough to fix it. But this time, Swooner stayed home the whole day.

He sulked furiously, moping as Tic Tac tried to play with him and turning his back on his mate Target who was sniffing him to see why he was all upset.

I let Swooner cool down and then I fussed over him. We had cuddle time, we had extra treats and most of all, we had kisses. I also brushed him, a process he finds incredibly ticklish and weird but secretly enjoys.

It worked. The next morning Swooner scoffed his breakfast and rushed out to see his pal. After sniffing at each other, they strolled down the road, two furry thugs, rejoicing in making the dogs bark.

Relieved to see the bromance had resumed, I went over and prepared breakfast.

But I served Swooner first and I stroked Charlie only when I was certain my jealous boy was too preoccupied to see. And while I was policing myself in a way I never would for a human, I couldn’t help but remember Norman Bates in Psycho declaring: “A boy’s best friend is his mother.”

Cats, they always find new ways to surprise you.

Studying emotions in animals is a bit of a challenge because we can’t ask them to tell us what they’re feeling. We have to observe their behaviour and interpret it. That’s a problem because it’s subjective.

So while animal lovers have long debates about animal emotions, non-animal lovers wonder how much of it is anthropomorphism – putting a human context onto the acts of an animal, plant or object.

Anthropomorphism is a problem because human beings have a tendency to put a human context onto all kinds of things.

Just how well our imaginations work was proven in a famous experiment back in 1944 when psychologists Marianne Simmel and Fritz Heider asked a group of viewers to watch a short video and to “write down what happened”.

In the film, a little dot and little triangle move across the screen along with a bigger triangle. It might be described in terms of physics, or simple random movement. However, viewers saw a story.

While small details varied, they typically reported that the little dot and triangle were being bullied by the big triangle, describing in detail how the big man triangle tried to corner and attack the scared little female dot until the brave little boy triangle rescued her.

The audience all saw simple geometric shapes moving around but they humanised them, attributing emotions and mindful behaviour. Therefore, whenever there is a test that looks at animal emotion, it has to be carefully constructed so that our unconscious anthropomorphism doesn’t kick in.

To see the original film, Google “Simmel Heider 1944”. But a word of caution if you intend to use it to smite cat lovers in a debate. For us, it doesn’t matter what science says. We know our pets share our emotions. We’re just not too sure if our fellow humans do. 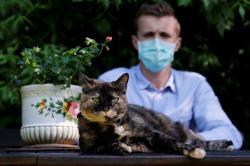 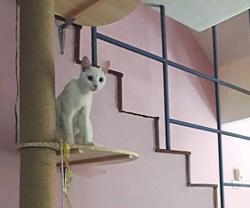 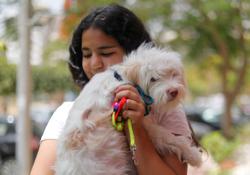