Datuk Cheong (third from left) with his team from the Embassy of Malaysia at the opening of the exhibition on Nov 11, 2019, in Budapest, Hungary.

Diplomatic relations between Malaysia and Hungary were established 50 years ago in 1969. It was the year I was born. It is therefore very meaningful for me, as the 7th Malaysian Ambassador to Hungary, to witness the golden anniversary of friendly relations between the two nations.

As a tribute to the 50 years of friendship, the Embassy of Malaysia in Budapest had organised an exhibition themed “Malaysia-Hungary: Five Decades of Diplomatic Relations” at the National Szechenyi Library, Hungary’s main national library founded in 1802.

The exhibition project was a joint effort with the Hungarian Embassy in Kuala Lumpur and a similar exhibition took off at the beginning of November at the Parliament building in Kuala Lumpur. For this purpose, both our Arkib Negara and the National Szechenyi Library took on the

task of researching and sourcing for historical photos and documents, over a period of several months.

In the endeavour to find historical evidence of bilateral relations in Budapest, the dedicated team at the National Szechenyi Library, under the stewardship of historian Peter Antalffy, sieved through countless documents and historical “treasures” in the Library which is said to have over 13 million documents, books and records.

They found a few travel manuscripts on Malaysia dating back to 1870, which chronicled observations of traditions, culture and way of life, as well as descriptions of the flora and fauna.

The manuscripts were by a Hungarian traveller and adventurer, Janos Xantus (1825-1894), who had travelled to South-East Asia including British Malaya – today known as Peninsular Malaysia – and the Borneo States of Sabah and Sarawak. Xantus’s writings provided interesting insights on the vibrancy of trading in the region, as well as the peaceful co-existence of the very diverse ethnic groups in British Malaya and Borneo States, way back then. His manuscripts had introduced Malaysia to the Hungarian audience as an exotic place, which remained so into the 20th century.

Besides handwritten travel journals, Xántus also wrote letters (between 1869 and 1871) to Ferenc Pulszky, then director of the Hungarian National Museum. Among those on display at the exhibition were two letters written from Sarawak dated March 16,1870, and April 20,1870, in which he mainly described specimens of the flora and fauna found in the Borneo States, including the orangutans in Sabah.

In the mid-1970s, Malaysia was further popularised here by its association with a popular Italian TV series Sandokan, about a late 19th-century fictional pirate known throughout the South China Sea as the “Tiger of Malaysia”. The series was dubbed into Hungarian and is fondly remembered till today.

It has even inspired many Hungarians to travel to Malaysia, especially to the states of Sabah and Sarawak.

Despite the geographic distance, it was evident from the findings of this exhibition that both Malaysia and Hungary have persistently endured the commitment to expand various forms of co-operation. In 1987, then Malaysian Prime Minister who is also our current Prime Minister, Tun Dr Mahathir Mohamad, made an official visit to Hungary. In 1991, the Hungarian government opened its embassy in Kuala Lumpur.

In another exchange of high-level visits, Hungary’s first President Arpad Goncz made Malaysia as one of his stopovers during his State Visit to Asia in 1993. During this visit, the two nations signed a new investment protection agreement, a Memorandum of Understanding (MoU) in the field of aviation and a visa waiver agreement. In the same year, we established the Embassy of Malaysia in Budapest.

In April 1997, then Hungarian Prime Minister Gyula Horn led a delegation to Malaysia, during which the two countries signed an agreement on scientific and technological co-operation, and a MoU regarding trade promotions co-operation.

In May 1997, then Yang di-Pertuan Agong, Tuanku Ja’afar ibni Almarhum Tuanku Abdul Rahman made a State Visit to Hungary, during which discussions focused on establishing closer co-operation in the fields of sports, culture and science.

In June 1997, Dr Mahathir travelled to Hungary for a second time, primarily to promote the Multimedia Super Corridor (MSC), as well as to strengthen bilateral trade relations.

This was followed by a Malaysian business delegation in September 1997 led by Tun Daim Zainuddin, then the government’s economic advisor, to further negotiate on trade and investments.

Today, Hungary is one of the top 10 EU trading partners for Malaysia. The two nations have since enjoyed a partnership that values openness and mutual respect. Malaysia hopes to gain from Hungary’s expertise in the service sectors, particularly in the agro-based industry, water and waste management, and healthcare.

Last year, the signing of a bilateral MoU in Education Co-operation opened the door for Malaysian students to pursue tertiary education in Hungarian universities and institutions of higher learning, under the Stipendium Hungaricum programme. To date, there are 29 Malaysian scholars under this programme, adding to the small community of about 110 Malaysian diaspora living in Hungary. 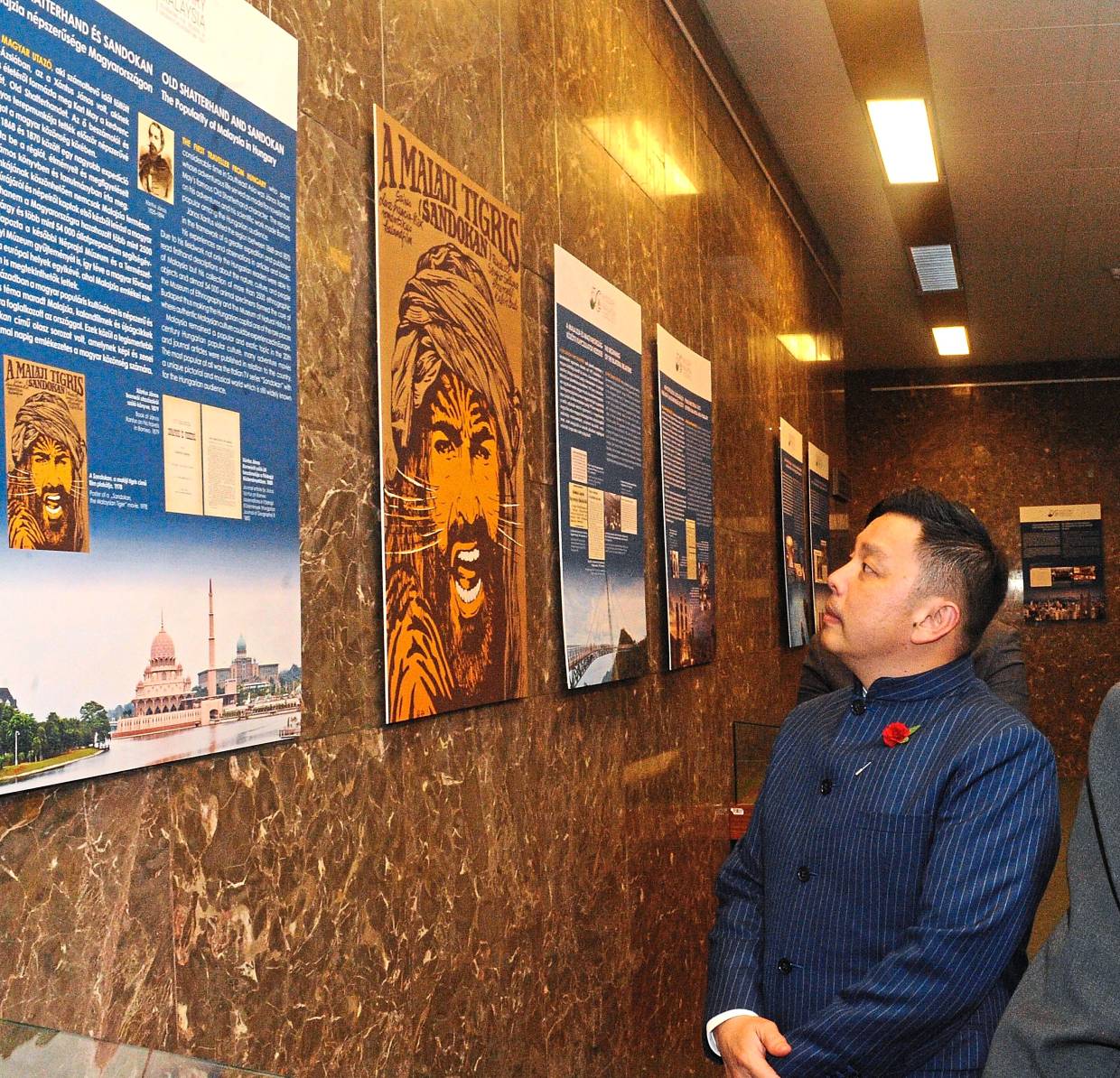 Datuk Darell Leiking is drawn to the poster of the Tiger of Malaysia at the exhibition in Budapest, Hungary, on Nov 15, 2019.

International Trade and Industry minister Datuk Darell Leiking made an official visit to Budapest from Nov 14-16,2019. He signed a bilateral MoU on Economic Co-operation with his Hungarian counterpart, Foreign Affairs and Trade minister Péter Szijjártó. Despite his tight schedule, Datuk Leiking took the opportunity to visit the exhibition on Nov 15,2019. The discoveries from this exhibition have been very uplifting and inspiring for many of us at the Embassy. We started this project focusing on the 50 years of our diplomatic relations but the research uncovered a gem that existed more than a century ago.

Malaysia and Hungary have come a long way in nurturing the bond of friendship that today stands on good and solid footing. It is therefore hoped that the existing partnership of the two nations will continue to expand in the years to come.

Datuk Cheong Loon Lai is the Malaysian Ambassador to Hungary. 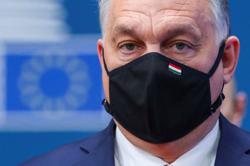 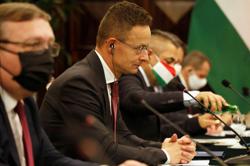