Beautiful Stripes: Getting a grip on social media influence and milk tea hair

Just last month, I was talking about bubble tea, and it seems it has gone to some people’s heads.

Milk tea-coloured locks are currently in vogue, it seems, a trend sparked off by colourists in Japan and Singapore, reported Allure (https://bit.ly/2ZjsCry)

Catching on like wildfire all over Asia, the trend has gotten people posting pictures of themselves on Instagram in creamy beige hair with the hashtag #milkteahair. Tea with milk may mean different things to different cultures, writes Allure, but the colour can be best described as something in between light brown and dark blonde.

So the next time you hear someone say, “Teh tarik satu”, you might want to check again, as it may not be referring to your favourite beverage.

All you need for a trend to take off is for a couple of “influencers” to sport the look. But sometimes, even if you are the world’s most powerful influencer (https://bit.ly/2rAdtCm), there are some things you shouldn’t mess around with, for instance, a country’s flag, or a culture’s traditional costume.

Homemade milk bubble tea with tapioca pearls. The trend now is for hair to be dyed the colour of milk tea. Photo: 123rf.com

Kim Kardashian caused quite a stir in June when she tried to name her shapewear Kimono which, she said, was “not to disassociate the word from its Japanese roots but as a nod to the beauty and detail that goes into a garment”.

Hello, what was she thinking? That was the question on everyone’s mind. Her best defence, according to an interview with WSJ, was that she didn’t see it coming as she had the best of intentions.

So, that was a major facepalm revelation! However, things began to get even uglier when people found out she was going to trademark the name.

According to Cosmopolitan (https://bit.ly/31XD3ms), after the huge backlash from fans and negative press last month, she finally caved in and announced that she would name her Solutionwear something else. Makes you wonder whether she has cultural consultants at hand to advise her at all, or if she was just trying her luck to see if she could get away with it.

For the longest time, I’ve felt that these so called “key opinion leaders” don’t really influence anyone, and that they have been given too much power, with no real substance. The industry that supports them is as much to blame, and it all comes back to bite them.

These so-called influencers have been known to blackmail brands, restaurants and hotels to get free products, meals and holidays, otherwise they threaten to say bad things or give terrible reviews to hurt the owners.

Yet brands are willing to pay these Instagrammers thousands or more, just to have them post a picture in their feed, sometimes without even mentioning the product in the mistaken notion that it’s subtle advertising.

Meantime, they quibble over how many cents per word to pay copywriters who churn out the real content, who sometimes, are even hired just to caption the pictures.

Well, the tables have turned as Instagram in Australia will no longer show the number of “likes”, reports The Guardian (https://bit.ly/2K1B8pS). Facebook Australia and New Zealand director of policy Mia Garlick said that

“Instagram should be a place where people feel comfortable expressing themselves, rather than judged”.

The aim of the trial change was to “remove pressure” from users, and while one will still be able to “like” a post and see response from friends, the overall number of “likes” will not be visible. Businesses will still be able to use measurement tools to gauge response, and engagement metrics will still be available. Other countries to follow suit will be New Zealand, Japan, Ireland, Italy and Brazil.

If this works out well, it may even be a permanent feature. Some Australians have jested that its influencers will now have to find real jobs and actually work. Oh, how I wish this change would extend to Malaysia too, which reportedly has one of the most fake followers in the world!

In the Influencer Marketing Benchmark Report 2019, conducted by marketing platform InfluencerDB, it was revealed that Malaysia had one of the worst audience quality benchmarks at 31.2% due to fake accounts, with Thailand following closely at 37.9%. Indonesia stands at a respectable 51% while Germany has the highest score at 67.2%.

Engagement with Malaysian influencers this year has reportedly also dropped drastically, especially across the sectors of travel, beauty, fashion, food, lifestyle, and sports and fitness.

It feels like we’ve lost a couple years of lucidity with this influencer obsession, along with some brain cells. Now that we’re back on track, hopefully we can look forward to seeing some real content and connecting with real people again.

John C. Maxwell once said that connecting is the ability to identify with people and relate to them in a way that increases your influence with them. Share your thoughts with star2@thestar.com.my. The views expressed are entirely the writer’s own.

Beautiful Stripes: Getting a grip on social media influence and milk tea hair 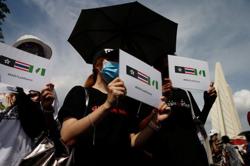 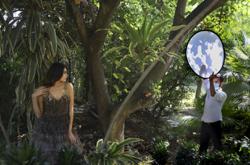