Animal lovers can find themselves tempted by a stray dog's sad face or friendly demeanour. But you should never try to pet or feed them, no matter how cute. Photo: dpa

Stray dogs are a common sight in many countries around the world. Sometimes they trot alone along the beach, or lie in the shade under sunbeds; or they gather as a pack in the middle of town. Animal lovers can be tempted to try to make friends with them – or even to take them back to their homes – but that’s something that animal experts strongly warn against.

“No matter whether you would like to adopt them, or are afraid of them, the most important rule is: keep your distance – and don’t feed them”, explains Daniela Schrudde, a veterinarian who works for the World Society for the Protection of Animals.

Her advice is similar to the advice she gives to children – do not approach dogs you don’t know, and do not touch them.

“If a dog feels threatened, it shows this by different behaviours, according to its stress level,” explains Schrudde.

“If you ignore the signals, these dogs will bite. Many strays live independently and have been socialised by other dogs. It’s stressful for animals like this to meet humans.”

Incidents involving a dog biting a human are usually the result of misunderstandings between humans and dogs, and there are often clear warning signs.

“If the dog turns his head away, that’s the nice way to say ‘Leave me alone’,” explains Schrudde, adding that many humans miss the significance of this avoidance of eye contact.

Dogs will emphasise this “just go away” behaviour by lying on their back, as though they wish to have their tummies tickled, but anyone interpreting it in this way would be making a big mistake, according to Schrudde.

“If the dog finally then starts to growl, it means: ‘I’ve tried to say this to you nicely and you’re not listening – now Back Off!’”

In contrast to domestic dogs, stray dogs are unlikely to have learned not to bite. “One can never know how many people have already harassed the dog.

There could be a drip-drip effect, and you never can tell when it might spill over into a violent response,” says the veterinarian.

And a dog bite should not be shrugged off as a minor incident. “In many parts of the world, these animals might have rabies, so it’s really important to get treatment, including rabies shots. If you get that disease, it’s almost certain death,” warns Schrudde.She says that if you want to help these stray animals, contact the local animal welfare organisation, and make a donation.

She also has advice for people who are afraid of dogs. “Act as naturally as possible, and try to avoid places where stray dogs gather, such as the outdoor terrace of a restaurant. If a dog runs after you, try to ignore it, and keep your distance – but don’t run”.

A good tip is to carry a small spray bottle of water with you; spray it in the direction of the dog, in an emergency.

And if all else fails, make yourself look as big as possible and shout loudly. 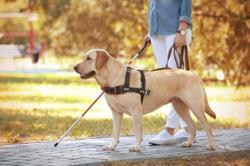