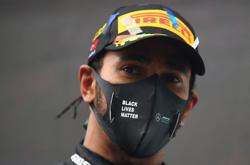 A member giving a presentation about alien crop circles during The Mutual UFO Network monthly meeting at Memaws BBQ in Palm Bay, Florida, earlier this year.

He appeared as if a hologram at first, then solid, suddenly there and clear as you or I, at the edge of the forest behind Trish Bishop's home in Kissimmee, Florida, the United States.

It was a Thursday in March 2013, the glow of the afternoon tucking in for the day behind the trees. He stood tall, at almost 2m, perhaps 100kg and certainly muscular, wearing a form-fitting tan coloured uniform, boots and gloves. He lingered by the crape myrtle tree in the middle of the backyard.

When he turned around, it was his face, she remembers, that stopped her.

Bulging eyes jutting so far out of the sockets that Bishop wondered whether he could close them. Skin white as chalk. And a jaw so large, it dispelled any notions the government worker had of the visitor being human.

"If you compare a human jawbone to his, we would be a Chihuahua to a pit bull," Bishop said.

Paralysed with fear, she watched as what she believed to be an alien appeared to climb invisible steps, stopping often to snatch glances at her from where she sat on her back porch, fumbling with her phone to appear as though she couldn't see him.

Her finger was pressed on the number "9" to dial for help.

When he was about 3m off the ground, he turned his back to her, and pulled himself up – "into a UFO?" she thought – and was gone.

Bishop sat stunned. "I've got a freaking alien in my backyard," she thought.

It would be four years before she told anyone her story, before she'd discover the Mutual Unidentified Flying Objects Network (Mufon), a nationwide organisation 50 years old, and file her report under case number 84886 with the local Florida chapter.

But she worried: Who would believe her?

Across restaurants and meeting rooms in the United States, Mufon groups still gather every month to discuss cases like Bishop's with the enthusiasm that once gripped the nation during the Cold War, when UFO sightings still made a splash on the front page.

A member giving a presentation about alien crop circles during The Mutual UFO Network monthly meeting at Memaws BBQ in Palm Bay, Florida, earlier this year.

The Space Coast group, made up of some former Nasa employees and engineers, has 118 members, the largest in the state. Across the US they number 3,500, with additional offices in 42 countries.

For many years, they were alone entertaining UFO theories. No more.

In the past two years, scientists, politicians and professionals have increasingly been willing to touch the taboo subject and perhaps lend a little credence to those who still believe.

In December 2017, the New York Times uncovered that the US had gone so far as to fund a secret, US$22mil (RM90.5mil), five-year project to study UFO claims.

Since then, respected researchers, from the chairman of Harvard University's astronomy department to at least one scientist at Nasa, have come out with theories, albeit controversial ones, that suggest closer study of the role extraterrestrials may play in certain phenomena.

What's changed, said Robert Powell, an executive board member on the non-profit Scientific Coalition for Ufology, is our understanding of the universe. As scientists have discovered more Earth-like exoplanets and begun to delve into the options for interstellar travel – one idea includes using a laser-propelled, microchip-shaped probe – the conversation has been shifting.

"We still think of ourselves, as a species, as the centre of everything," Powell said. "Once you at least start to discuss interstellar travel, you have to admit that, if there is intelligent life out there, then they have to be able to travel interstellar, too."

The challenge with UFO and alien sightings has always been the lack of evidence. Bishop said she was too scared to take a photo of her alien. Little to no consequential evidence exists in other cases.

But Bishop stands by what she said she saw. She works a government security job with three area contractors, and said she has no reason to lie.

And she's on the hunt for ET now. After reporting her case in 2017, she bought three hunting trackers on eBay and set them up in her backyard. They're motion activated, and sometimes they'll go off in the night and capture 6,000 images – but there's nothing in the frame. She once caught a Tic Tac-shaped blur in the sky she believes to be a UFO.

"I just think it's a belief thing until you actually see them," Bishop said. "You always gotta wonder."

Kathleen Marden holds a picture of her aunt, Betty Hill, and her uncle, Barney Hill, at her home in Kissimmee, on February 4, 2019. Photo: Tribune News Service

Some people, like Kathleen Marden, have been wondering all their lives.

It was September 1961 when the then 13-year-old got the call: Her aunt, Betty Hill, and her uncle, Barney Hill, said they'd seen a UFO on their drive through the White Mountains in New Hampshire.

Betty's dress was torn and Barney's shoes were scuffed. There were two hours they couldn't account for and Barney was sure he'd seen eight to 11 figures dressed in black shiny uniforms that were "somehow not human", said Marden, who now lives outside Orlando.

It wasn't until the Hills were put through a hypnosis session by Boston psychiatrist Dr Benjamin Simon that their stories of being taken into a UFO and physically examined were revealed.

"They were interested in the skin, in the skeletal structure, in the joints," said Marden, Mufon's director of experiencer research. "They examined their hands, they took their shoes off, they examined their feet, they did tests on them that appear to be testing their nervous systems, as well."

The Hills' alleged abduction was made public in 1965. The story gripped the nation, and was made into a 1975 film starring James Earl Jones.

Marden has dedicated her life to uncovering the truth behind what she says was government tampering with the Hills' case and has written four books about her aunt and uncle and flying saucers. She's seen the change in perception about UFOs in the public and scientific community first-hand.

"I absolutely do think that there is a shift, that people are giving more credence to this they did in the past," she said, pointing to the 2017 New York Times story on the Pentagon's Advanced Aerospace Threat Identification Programme as the turning point.

One case in particular garnered attention when it was declassified because videos showed a craft with no apparent propulsion moving at alarmingly fast speeds. It was filmed in 2004 by two Navy F/A-18F fighter jets off the coast of San Diego.

Navy pilot Commander David Fravor, who witnessed the Tic Tac-shaped craft, told The Washington Post in late 2017 that he maintained it was "something not from Earth".

At Nasa Ames Research Centre in California, scientist Silvano Colombano has gone on record suggesting the space agency look at all explanations in its approach to the search for extra-terrestrial intelligence (Seti).

Colombano argued in a March 2018 white paper that the scientific community should be more open about looking at the evidence that is already there, to "consider the UFO phenomenon worthy of study".

Then came Harvard's astronomy department chair, Avi Loeb, a renowned scientist who Time magazine named one of the 25 most influential people in space in 2012.

He, along with colleague Shmuel Bialy, wrote in a publication in Astrophysical Journal Letters that a thin interstellar object seen passing through our solar system called Oumuamua "is a lightsail, flowing in interstellar space as a debris from an advanced technological equipment".

Loeb went a step further, theorising that, "alternatively, a more exotic scenario is that Oumuamua may be a fully operational probe sent intentionally to Earth vicinity by an alien civilisation". The theory has provoked the ire of the scientific community, but Loeb has stood by it.

Is it aliens, for sure? Loeb can't say. He just says he can't find another explanation. – Tribune News Service/Orlando Sentinel/Chabeli Herrera