Touche: Can you look beyond the stereotype?

The nurse had just put in those eye drops that dilate the pupils so the doctor can check your eyes. Knowing from past experience that it takes my particularly insensitive pupils a long time to open up, I asked the nurse if it was OK to get a bite at the cafeteria, since it was past 2pm and I hadn’t had breakfast.

“Ya lah, ya lah, you orang memang macam tu,” she muttered and walked off, the swishing of her uniform pants somehow sounding irritated. (“Yes, yes, you people are like that.”)

All through the hasty meal of a bun and tea, the gingerly walk back (the drops were kicking in) to the clinic, and the doctor’s examination, I kept wondering who exactly she meant by “you people”.

This being Malaysia, and me being a typical citizen, I gravitated first towards race: Did she mean people of the “lain-lain” category, that awkward “others” box I have to tick in official forms? But how could she tell, since most of the time people assume I’m either Malay or a fair Indian? (I'm Singhalese.)

An older woman? Well, yes, I have grey hair, I guess.

Finally, as I was leaving the clinic, I stopped by her station and asked her. The poor woman became rather defensive before finally blurting out that she meant “orang badan besar” (big bodied people).

Du-uh. I’m morbidly obese and I asked about eating – the connection is glaringly obvious. Though, in my defence, I have to say that I don’t walk around constantly thinking I’m fat so I didn’t make the connection.

I got defensive in turn and wanted to explain that it’s not about eating all the time, and to dive into my entire medical history. But I stopped myself, having learnt the hard way that getting people to look beyond stereotypes can be almost impossible.

Almost. I learnt from my parents that it is possible. It wasn’t an earnest lesson that they consciously taught me, mind you. They were a product of their times, they held onto their stereotypes too – but even at an early age, I noticed the dissonance between what they said and how they acted.

Dad: All Chinese people are out to swindle you.

But what about Uncle Lee, your good friend?

Dad: No, no, Uncle Lee is different, he’s not like that.

Mum: Malays won’t lift a finger to help anyone but their own kind.

But what about Uncle Shah and how he got Dad home through the May 13 riots in 1969?

Mum: No, no, Uncle Shah is different, he’s our friend, he’s not like that.

Both, at some point: Oh those foreigners are all so arrogant, think so highly of themselves.

But what about Uncle George (mum’s British boss) and Angela (my Scottish sister-in-law)?

No, no, Uncle George knew us, he never thought he was too good for us, and Angela is a lovely girl, she’s too good for your brother....

You get the idea. They had their views of people as collective groups but they didn’t hold so fast to those views that it stopped them from forming individual relationships. They had friends of all races, and at school and later in life, my siblings and I did – and do – too.

Stereotypes can have their uses, I guess. They can help us make sense of the world. They are how our ancestors stayed alive, I’m convinced: long, slithery, hissing things in the grass always bit you and killed you, stay away from them!

But we must be prepared to set them aside when we’re dealing with individuals, to set aside the macro view and learn to see close up. The result of not doing so can be fatal today – just look at all those cop shootings of young black men in the United States.

Not all young black men are criminals with guns in hand. Not all Chinese people are swindlers. Not all Malays are unhelpful. Not all Asian men with beards are terrorists. And not all obese people eat all the time.

Touche is a monthly column in which team Star2 shares its thoughts.

Touche: Can you look beyond the stereotype? 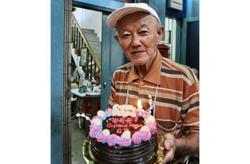