Elephants are gardeners of the Malaysian rainforest

It is fair to say that elephants are the gardeners of Malaysian forests. They spend most of their time eating, moving somewhere else (to eat some more), and defecating.

When elephants eat, they prune the vegetation, increasing ecological complexity and facilitating the existence of other species. For example, when elephants eat, they create little gaps for new plants to grow, leave behind a mess of broken branches and leaves on which smaller animals feed, and create crevices used by small animals to live.

Elephants also weed the forest, acting as ecological filters; they make certain plants scarce by selectively feeding on them, and others abundant just by not eating them.

Elephants provide important forest fertilisers – everyday each elephant defecates more than 100kg of dung, very rich in nutrients. Because elephants defecate kilometres away from where they ate, they act as nutrient pumps, distributing scarce nutrients such as phosphorus and silica throughout the ecosystem.

Finally, elephants are important tree planters. They love to eat wild fruits, especially large fleshy fruits such as durians and mangoes (so common in Malaysian forests). Elephants are one of the few, often the only, animal that can swallow these large seeds and defecate them in suitable conditions to germinate and grow into new trees. If you like to eat durian, mango, or cempedak, you should be grateful to elephants for maintaining the wild populations of these trees! 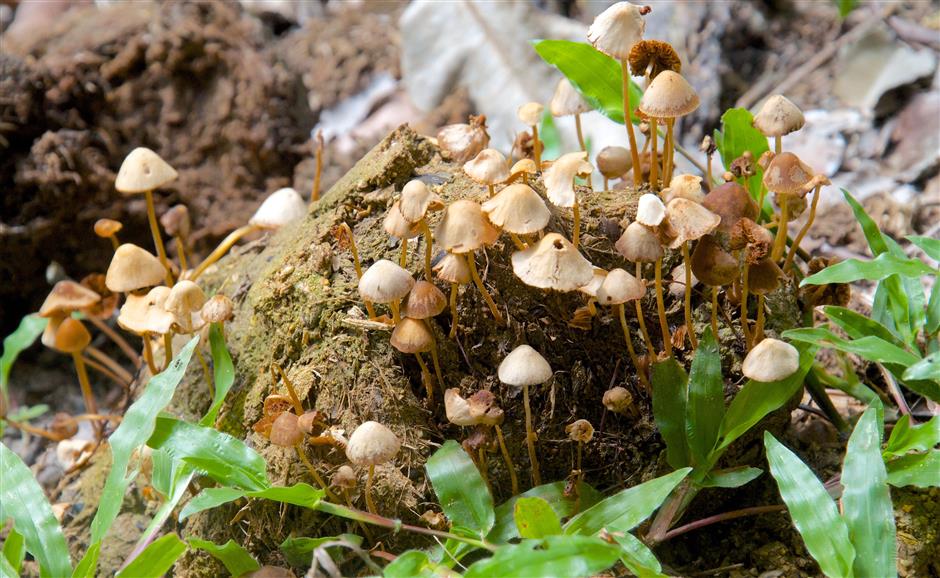 Elephants help to spread seeds and fertilisers to different areas.

Just a couple of weeks ago, a group of more than 40 scientists from all over the world – including myself – published a paper entitled Saving The World’s Terrestrial Megafauna.

This is not a regular scientific paper but a public declaration of our concern that business as usual will result in the disappearance of elephants in the 21st century. This is particularly true in South-East Asia. Elephants are crucial for ecosystems and Malaysia is one of the most important countries for the conservation of wild elephants.

Elephants are what ecologists call a “keystone species”, which means species with important ecological roles in the ecosystems they inhabit.

The loss of elephants from forests results in what we call “trophic cascades”, dramatic ecological changes with long-term negative effects on many plant and animal species. Conserving elephants is therefore important for the ecosystems they inhabit.

An elephant defecates more than 100kg of dung everyday.

Wild elephants occur now in very fragmented populations of 13 Asian countries. The species is endangered and most of these small populations – especially in South-East Asia – will not survive beyond the 21st century. The main threats are the loss of natural habitats and human-elephant conflict that occurs when elephants raid people’s crops. Poaching for ivory and demographic problems in very small populations are also threats to some elephant populations.

Malaysia is home to about one-third of the wild elephants in South-East Asia. In the near future, I expect Malaysia to become even more important for elephant conservation in the region. This is because Malaysia differs from neighbouring elephant countries in a number of ways.

For example, Malaysia is richer, with higher GDP per capita than Thailand, Indonesia or Myanmar. Malaysia also has strong and robust governance systems, with relatively good laws and policies (even if often they are not implemented effectively). Malaysia also has low human density and a predominantly urban population. Altogether this means that:

> If there is enough political will, good laws and policies can be implemented.

> There is a relatively low need to convert the remaining natural habitats into human settlements and crops. Malaysia can afford to conserve wild elephants and it actually offers the best hope for the species in the region.

Complacency and a business as usual attitude will lead to the collapse of elephant populations in Malaysia.

Below are some key issues that would help conserve Malaysian elephants in the long run: 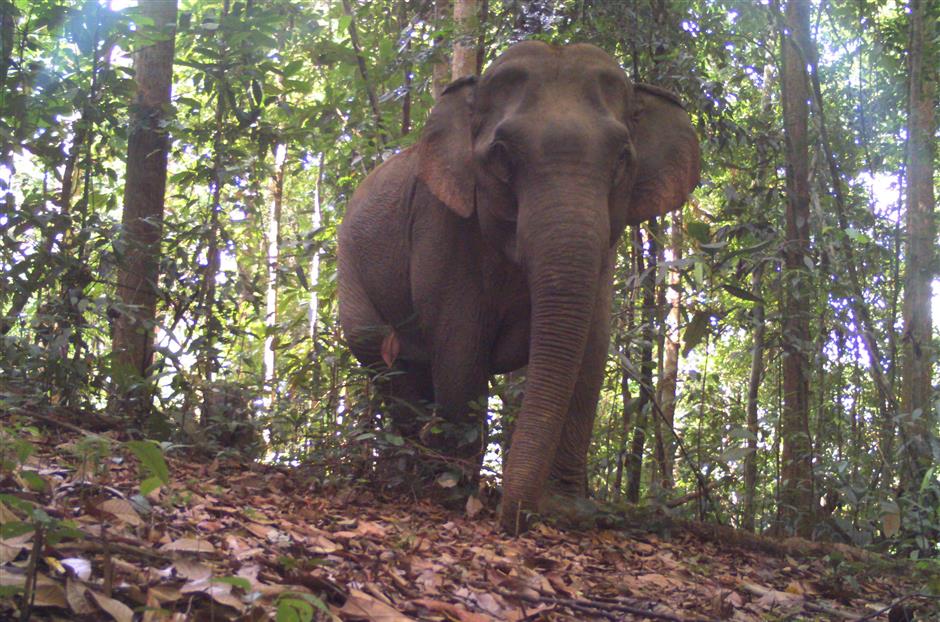 Captured by an automatic camera trap.

1. Elephants need large areas of connected habitat. The existing network of protected forest areas is not enough for the long-term conservation of elephants. Initiatives such as the Central Forest Spine (in West Malaysia) need to be adequately implemented.

2. We need to tolerate some amount of human-elephant conflict. As long as elephants and people share a landscape, there will be conflict. Since there are not enough places where elephants can survive away from people, elephant conservation in the 21st century needs to focus on creating mechanisms for people and elephants to co-exist.

3. Elephant poaching for ivory is on the rise in South-East Asia, including Peninsular Malaysia. This must be curbed.

We have the capacity to protect these magnificent animals. It is our joint responsibility to make sure that elephants do not fade away from Malaysia’s landscapes so that they can continue to be the gardeners of our rainforests.

Elephants are gardeners of the Malaysian rainforest