Safeguarding the wetlands of Setiu

In the northern corner of Terengganu where the district of Setiu sits, a type of sedge which locals call kercut grows wild in swampy areas. Villagers harvest the long-stemmed grass for weaving mats. But as gelam forest – the water-logged areas in which the sedge thrives – diminishes, the sedge may become scarce in future.

Should that happen, it would put an end to the tradition of kercut weaving. And that is just one of a myriad of changes that could happen here as the land undergoes massive transformation.

Most visitors are drawn to this part of Terengganu by its endless stretch of palm-lined beach, such as the one in Kampung Penarik. But scientists are excited about this place for a different reason.

Streams that flow from the hinterland into the coast, and the sea that washes ashore, have carved a unique coastal terrain; the most fascinating feature being a finger of sand spit that encases a lagoon. Within this 14km-long inland sea are over 10 mangrove- and nipah-clad islands. Further inland, several types of vegetation, gelam forest being one of them, cloak the land.

This is why, since 20 years back, many have called for this, the largest and most intact coastal wetlands complex in the east coast, to be protected. This has yet to happen. In the meantime, the landscape is changing rapidly under the pressure of a population of some 54,000. To improve livelihoods in a district deemed as the poorest in Terengganu, the state government has given out land for agriculture and aquaculture – land that is mostly fragile wetlands.

World Wide Fund for Nature Malaysia executive director Datuk Dr Dionysius Sharma knows Setiu well. He had researched into the terrapins there between 1993 and 1996. “The river banks then were filled with natural vegetation. Years later, a lot of it is no more. Gelam forest, seen as non-productive land, has been carved out and given away. So you see farms, plantations and people rearing cattle there.”

A WWF study found that the natural vegetation – mangroves and gelam forest in particular – has shrunk by 20% between 2008 and 2011. They have been cleared to make way for paddy fields, rubber and oil palm plantations, watermelon farms, livestock farming and shrimp aquaculture ponds, among others. Infrastructure development such as building bunds, straightening river channels as well as constructing breakwaters and water gates to prevent flooding have also destroyed the original vegetation cover.

The forest there is not protected, so they continue to dwindle. The most recent threat is a silica mine in gelam forest. This is a type of freshwater swamp that is dominated by the Melaleuca or gelam tree. Terengganu has the largest expanse of this forest-type which scientists say has conservation importance but has long been ignored.

Aside from kercut, the loss of gelam trees also means a decline in traditional gelam honey collecting. Setiu is famed for the fragrant honey, harvested from hives built on old gelam trees. With few mature gelam trees left to support the hives, gelam honey is now in short supply.

Rich in animal life, Setiu Wetlands harbours 29 mammal species, 161 bird species as well as 36 reptilian and amphibian species but most importantly, it is home to the critically endangered painted and river terrapins.

In fact, the painted terrapins here are deemed to be the world’s last viable population of the species as their numbers in Sumatra, Kalimantan and Thailand are a lot smaller. But in Setiu, both terrapin species are slowly losing their habitat as riverine vegetation diminishes, sand banks are mined, and rivers are marred by discharges from aquaculture ponds and runoffs from plantations.

The healthy mangrove islands in the lagoon have abundant clams which can be easily dug up from the mud.

In the past, four species of marine turtles nested on Setiu beaches but today, only green turtles come ashore to lay eggs. It is feared that noise and light from a shrimp nursery could disturb nesting turtles on Telaga Papan beach which has high numbers of nesting turtles.

Four rivers feed the wetlands – Setiu, Chalok, Bari and Merang – and all are being siphoned away to irrigate the ever-expanding farmland. This has caused a freshwater lake to shrink and will eventually change the hydrology of the downstream wetlands.

A recent survey found low levels of dissolved oxygen in the lower stretches of rivers, especially near plantations. This puts the survival of aquatic organisms at risk, according to Daria Matthew, senior manager of the freshwater programme at WWF.

Terengganu weavers are keeping the kercut plant from dying out

Sharma says the hydrology of the area – how water flows and is distributed – has not been fully studied. “People don’t understand that water from upstream passes through the gelam forest before feeding into the lower catchment. Gelam forest holds water. If it is cleared, there will be runoffs which can lead to floods.”

He says the emptied gelam forest will dry up and become fire-prone as it often has an underlying layer of peat.

“And if peat plumes (peat runoffs), with their high acidity, get into the lagoon, there will be consequences for the fish culture there. People should be concerned about this. If the lagoon is not allowed to receive the freshwater and salt water it is supposed to, the salinity of the water gets messed up.”

Yet another worry is that the lagoon will get shallower by the day due to high sedimentation. Sharma says bare earth is washed into the lagoon when there are no gelam trees to hold the soil. The creation of a new river mouth in the sand spit two years ago to give fishermen quicker access to the sea made things worse.

“Fishing boats frequently get stuck in the shallow water. So the DID (Department of Irrigation and Drainage) is perpetually dredging the lagoon, and spending lots on it. The coastline is dynamic, constantly changing. You cannot control nature. The river will decide where it wants to go out,” asserts Sharma.

The area is also facing the wrath of sea level rise. Last year, strong waves breached the sand spit, destroying fish cages in the lagoon. And now, sand that is dumped to seal the opening is being washed into the lagoon, creating yet another problem.

In an area of seabed smothered by sediment instead of the usual mud, marine biologist Dr Nursalwa Baharuddin of Universiti Malaysia Terengganu (UMT) finds snails hibernating when they should be grazing. “When they don’t feed, they cannot grow or reproduce,” she says, explaining her concern.

The local inhabitants may be exerting pressure on the wetlands but they are also dependent on it. The local economy revolves around materials found in the wetlands, such as kercut for the weaving business, as well as fish, shellfish and other seafood for making products such as budu (fermented fish sauce), fish crackers and belacan (shrimp paste). Setiu is also a major source of baby groupers for the country’s aquaculture industry, while caged fish culture is done in the lagoon and rivers.

A UMT study puts the economic value of mangroves in Setiu at between RM1,452 and RM10,700 per hectare, through uses such as fisheries, coastline protection and carbon absorption.

“The community is largely dependent on the fisheries sector. If natural resources from the wetlands are depleted, it will affect economic activities,” says Matthew.

Life in Setiu revolves around the sea and lagoon.

Terengganu recently declared plans to turn 400ha of the wetlands into a state park. However, the proposed park covers only the lagoon and islands whereas conservationists want protection for a larger area.

“We’ve always advocated for protection of Setiu Wetlands catchments, to include the (upstream) Hulu Setia and Gunung Tebu forest reserves since whatever happens there will affect the wetlands,” says Dr Wan Faridah Akmal W. Jusoh, who heads the WWF programme for Setiu Wetlands. “This wetlands consists of nine inter-connected ecosystems. If you remove one ecosystem, what will happen to the others?”

The rapidly-changing landscape of Setiu threatens to jeopardise the ecological and economic roles of its wetlands. The plan for the state park mainly involves building typical tourism infrastructure such as an information centre, boardwalks and jetties.

But what is really needed is a comprehensive plan to improve management and protection of the area. This has to include zoning the land according to priority uses. Only then can we be sure that Setiu Wetlands will continue to provide beneficial goods and services.

Safeguarding the wetlands of Setiu 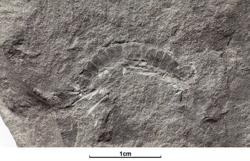