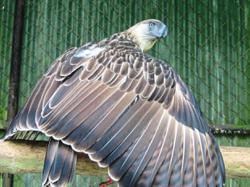 The elegant and graceful Saluki has been called the supermodel of the dog world.

Last week I spotted a lovely Saluki. He was walking down the street, his elegant feathery legs eating up the miles with easy graceful strides, while his owner, pink-faced and sweating, was panting alongside. They were on their way to our local park that has two lakes and a nice running path.

It’s been forever since I’ve seen a Saluki and then, a couple of days later, I spotted a friend of a friend, on my Facebook feed, running along a beach with a dozen Salukis.

As if that wasn’t enough, there was then the news report of the archaeologists who’d found a mass burial site filled with mummified Ancient Egyptian dogs – along with a picture of a Saluki on another ancient Egyptian tomb dating back to 2134BC!

You know what it’s like: When fate keeps chucking Salukis at you, it’s clearly a sign that you should be getting out the books and looking at these graceful royal hunting dogs.

Me, I’ve always liked Salukis because I used to know one when I was small. I’ve long forgotten what the dog was called, but I remember it towering over me as it graciously allowed me to stroke its coat. He was absolutely gorgeous and I can see why this dog was prized by ancient royalty.

Salukis are considered one of the oldest pedigrees in the world. They’re tall, thin, elegant dogs, shaped like missiles or models, depending on your point of view. They’re that way because they’re bred as sighthounds, dogs who hunt by spotting their prey and then running it down.

These dogs are incredibly fast, as their traditional quarry are gazelles and hares. They’ve been clocked at running over 68km/h and are listed as the World’s Fastest Long Distance Running Dog by the Guinness Book of Records. (The Greyhound holds the record over short distances.)

That’s why I felt for the pink-faced chap, you see. I was thinking that he was probably kicking himself for not having a chariot like the Ancient Egyptian and Persian kings, or a nice, fast, racing camel like the modern Bedouin.

Being hunters as well as beautiful, Salukis were an important part of ancient civilisations in Egypt and Persia. Among the many pots, engravings, statues and other artefacts, there is ancient rock art dating back more than 10,000 years in Golpaygan and Khomein in central Iran.

As royals and aristocrats have been exchanging pets for centuries, the Saluki also travelled the Silk Road, ending up in Asia. Among one of the most classic dog pictures in history is the Two Salukis painting, created by the Emperor Xuande, the Ming dynasty ruler of China in the early 1400s.

Salukis were popular with European royalty and the rich, with some thinking that the Gazelle Hounds featured in stories and paintings in the 1200s were actually Salukis brought home by returning Crusaders. Officially, though, modern Saluki European history starts in 1895 when Florence Amherst, an English aristocrat, went on a tour of the Nile, brought back some puppies and registered them with the local Kennel Club.

Generally speaking, Salukis have remained the province of the rich. They’re absolutely gorgeous, and they’re gentle and shy dogs, but they need massive amounts of exercise.

As they’re also big, strong and very easily bored, a Saluki can chew its way through a sofa set very efficiently.

That’s probably why my pink-faced neighbour was out on a run. It was either that or the furniture.

Me, I’m too lazy to ever adopt a Saluki, but I think I’ll go to the park to have a pot of tea at the restaurant there. I can sit overlooking the lake, and if I’m lucky, I may spot and even meet the Saluki.

Are salukis the right dog for you?

Salukis are beautiful, gentle, loving dogs but they’re a little tricky to have as pets. If you spot one and fall in love, here are some things to consider before you adopt.

First, Salukis need a tonne of exercise. They are very active puppies and they stay active throughout adult life. This means a 15-year commitment to going out for at least one long run every day as well as two shorter walks. They chase everything in sight (it’s what they’re trained for) so you’re probably going to have to keep them on a leash, which means you’re jogging with your pet. Every day.

Second, despite their size, these are not outdoor dogs. Salukis are quite delicate and need to be indoors, sleeping on cushions to prevent their bones from hurting. They also need special care for their paws, so speak to a vet to see what you have to do to keep those thick pads in good shape.

Third, Salukis are famous for being shy. They can become accustomed to mingling with friends and family, but you have to introduce people slowly and be aware that some dogs just won’t like it and will feel stressed.

Fourth, because Salukis are sensitive, you have to be careful with training. It has to be slow and gentle, otherwise your pet will become a nervous wreck. This means it’s not a good first dog to have.

Fifth, Salukis can have short or feathery coats. They’re very simple to brush and they’ll love the attention but as they’re big, you might need to go to a groomer to give them regular baths. Also, do keep an eye on their ears. Salukis have thick, furred, drop-down ears that can pick up burrs so they need to be checked regularly. 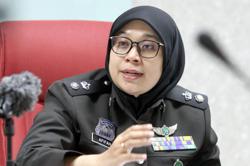 When Covid-19 symptoms linger on
Knowing your body type will help keep your fitness goals realistic
How and when your knee can be replaced
Why too much blue light from your screens can be harmful
Big Smile, No Teeth: Go read the news instead of nonsense on social media
Dear Thelma: I'm so lonely... should I go back to my abusive ex-boyfriend?
Katz Tales: Cats are expert strategists but, for once, we outsmarted our naughty furry
Tips for having a healthy holiday with your family
10 common infections that affect our sight
Covid-19 to carry on dominating 2021