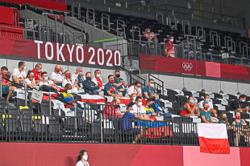 Shark liver oil is popular as a health supplement.

SIGHTINGS of whale sharks in Malaysian waters have become less common in recent years and now, there appears to be an explanation for it. The sharks could have been netted and slaughtered before they reached our coastal waters.

One factory in the province of Zhejiang in southern China has been found to kill some 600 whale sharks, in addition to other shark species, annually, to produce shark fins, leather, meat and liver oil. The factory is believed to be the world’s largest slaughterhouse of an internationally protected endangered species, and just one of many such shark processing plants in coastal China.

Activists from Hong Kong-based conservation group WildLifeRisk, posing as representatives of an international seafood company, made the discovery during three visits to the factory between January 2010 and December 2013.

Sharks to be slaughtered at a factory in Puqi where several such factories are said to be in operation. – AFP

The group’s recently-released report contains gruesome photographs of chopped up whale sharks laid out on the floor and huge fins being sun-dried in the facility of the China Wenzhou Yueqing Marine Organisms Health Protection Foods Co, located in Puqi township near Wenzhou.

Hidden cameras also captured the general manager, Li Guang, admitting that his factory also processes basking sharks and great white sharks. All three species are on Appendix II of the Convention on International Trade in Endangered Species of Wild Fauna and Flora (CITES) – meaning that they can only be traded with permits, and have to be harvested legally and in a sustainable manner. All three are also protected in China; so it is illegal to hunt them without a special permit from the Chinese government.

The activists found that dried whale shark fins produced by the factory are sent to Guangzhou in Guangdong province. Shark skins are sold as leather into the bag trade, while whale shark lips, stomach and flesh are sold to restaurants. The real money-maker is shark liver oil for use in skincare products and lipstick, as well as Omega-3 health supplements.

Whale shark fins being dried in a factory in Puqi.

Such unlabelled exports contravene CITES rules as well as Chinese regulations. The factory general manager also admitted to smuggling whale shark meat and skin out of the country, and receiving substantial numbers of whale sharks from Taiwan, where harvesting of the species is illegal.

In a joint statement, Alex Hofford and Paul Hilton of WildLifeRisk said: “We went to Puqi three times in the last three years and on each occasion, the scale of the slaughter was truly staggering. How these harmless creatures, these gentle giants of the deep, can be slaughtered on such an industrial scale is beyond belief. It’s even more incredible that this carnage is all for the sake of non-essential lifestyle props such as lipsticks, face creams, health supplements and shark fin soup.

“We are calling on China’s regulatory authorities to enforce the international agreements on this illegal activity now, before these animals are brought closer to extinction.”

“If you go (to Puqi) in summer, there are fields and fields of fins being laid out to dry,” he said.

On one visit to Guangzhou in 2012, the activists counted 260 large fins for sale in dried seafood markets: 136 from whale sharks, 69 from basking sharks and 55 from the great white shark.

In the eastern seaboard of China, fishermen from the provinces of Shandong in the north to Guangdong in the south are hauling in the biggest fish in the sea, sometimes as bycatch. There is a lot of money to be made; one whale shark can purportedly sell for up to 200,000 yuan (RM109,500). The sharks are being caught in the South China Sea as they pass the region on migratory journeys. These are the same sharks which ply the famous whale shark-spotting site of Ningaloo Reef off Australia’s north-west coast as well as the waters of the Philippines, Indonesia and even Mexico. Evidence gathered points to an extensive trade network fanning out from China across the globe.

Workers sorting out dried shark fins at a factory in Puqi.

Following the release of the WildLifeRisk report, an official at the Bureau of Fisheries which is under the Agriculture Ministry, told the South China Morning Post that hunting and sale of the three shark species were illegal. The official said there were no shark-fishing boats on the mainland and any bycatch of the species had to be reported. But he admitted that the sale of whale sharks could be carried out at night, under cover of darkness.

When contacted by the Hong Kong-based daily, the factory general manager denied having whale sharks in his plant and not knowing if he had basking sharks or great whites. He declined to give further details. A factory worker said the factory processes mainly ribbonfish, but sharks sometimes swam into nets and fishermen would sell them.

WildLifeRisk urges for the culprits to be held accountable for violating international wildlife protection laws, citing that trade in products derived from endangered shark species is both environmentally unsustainable and morally unethical. It says consumers must be educated not to buy such products.

A compelling economic argument also exists for better protection of whale sharks as they are worth more alive, than dead. In regions where whale sharks are known to aggregate, ecotourism has proven to be a lucrative alternative to fishing, according to environmental group, the Pew Charitable Trusts.

Shark liver oil is popular as a health supplement.

It has been estimated that whale shark tourism, mainly through recreational diving, is worth about US$47.5mil (RM147.25mil) worldwide.

“Educating local communities about the value of a live whale shark and promoting the transition from hunting to eco-tourism is a practical means of achieving both a sustainable economy and a healthy ocean,” says WildLifeRisk. 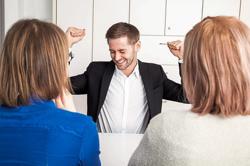 Job seekers: Fine line between sprucing up your CV and lying
My Pet Story: Fun times with Rino
Klang Valley eatery's innovative nasi lemak scheme helps needy families become entrepreneurs
Without spectators, the Tokyo Games cuts its carbon footprint by 12.5%
Heart and Soul: To Chief Tang, former Group Scoutmaster, with thanks
Friends for 70 years now, the members of The Seasons 4 are still going strong Premium
All the right tools and gear you’ll need for a bike adventure after lockdown
One for the road: Scotch distillery uses whisky waste to fuel trucks
5 tips on how to build a lasting friendship
German app shakes up home grocery shopping with delivery in less than 10 minutes