A soft spot for soft toys 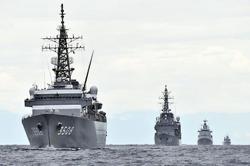 The Japanese go to great lengths to demonstrate their love for nuigurumi.

SOME years back, a Japanese friend eagerly showed me her purchase: Kero Kero Keroppi (a Japanese frog character).

“Cute, isn’t it?” Masako remarked as she cuddled it.

“For your grandchild?” I inquired.

“No. It’s for me to hug to sleep at night. My husband doesn’t know about my frog prince since he sleeps in another room,” she jested.

I was surprised that this sexagenarian would fancy owning a nuigurumi (soft toy). I used to think that it’s younger women and children who have a fondness for nuigurumi. Then I noticed men, too, have a thing for soft toys.

A university student had a small teddy bear attached to his knapsack. A physically-disabled person had a Winnie-the-Pooh plush toy hanging from his wheelchair. An elderly man decorated his dog’s pram with a stuffed bear. And I learned that my Japanese nephew (in his early thirties) still loves to hug a stuffed Snoopy.

Teddy bears seem to be a favourite. Some kids carry them around on the streets. Everywhere I look, there is at least a teddy strapped to school bags, handbags, and cellphones. Mind you, some teddies are palm-sized.

Many Japanese are fond of nuigurumi. At a cello recital I attended, two women had at least one nuigurumi strapped to the handles of their cello cases. And oh, a stuffed dog almost filled up one of the women’s handbags!

For many years, lots of nuigurumi have been adorning the window of an apartment in my neighbourhood. The owner even takes the trouble to change the nuigurumi every now and then.

Dangling from my friend’s backpack are the three wise monkeys which “See no evil, hear no evil, speak no evil”. Yet her collection cannot beat her husband’s. His collection occupies almost the whole couch!

Some owners simply can’t bear to part with their soft toys.

Nobuko, my Japanese friend who often visits Malaysia with her husband, has four pink teddies – a 30cm-tall pair and a palm-sized pair. Being childless, her teddies are her ‘children’.

Nobuko brings either the two smaller bears or all of them whenever she travels. As her pet name is “Nyon,” she names her teddies Nyon, Nyonta, Nyon-nyon (younger sister of Nyon) and Nyon-nyonta (younger brother of Nyonta).

Nobuko would post her travel stories and pictures on her blog. One picture depicted Nyonta in Pulau Langkawi, Kedah.

Curious, I asked: “Why are your teddies posing with the scenery instead?”

“Well, they lend cuteness to the backdrops. Besides, we don’t wish to show our faces on the Internet,” she explained.

“For overseas travel, I take all my four bears along because I don’t want them to miss out on the long trip,” she added.

The idea of taking along one’s nuigurumi on trips has turned into a business. For the past three years, Unagi Travel, a Tokyo-based travel agent for stuffed animals, has been offering a range of services, package tours and mystery tours to owners of cuddly toys.

For those who cannot travel to a desired tourist site due to hospitalisation, disability or busyness, they can send their stuffed animals as proxies to the travel agent. Snapshots of their nuigurumi and the locations would be taken as proof. Their precious nuigurumi would also “sample” popular foods.

Clients can also join the tours and if they are unable to reach the sightseeing spot, the guide would take their beloved nuigurumi there on their behalf and snap its photos with the scenery in the background.

Sonoe Azuma, the tour operator, treats the nuigurumi as if they were her clients’ children. She even adds a personal touch by preparing traditional sleeping wear for her pint-sized charges at Japanese inns. Like humans, the nuigurumi also participate in a group photo on their tours.

Azuma blogs and posts pictures of her clients’ nuigurumi on Facebook. A contented client told Azuma that she had never seen her “rabbit” looking so happy in a picture which shows the stuffed toy eating with other nuigurumi.

If some people are reluctant to part with their old worn-out nuigurumi, they can send it to Sadaharu Yoshinaga who runs a nuigurumi cleaning business in Miyazaki, Kyushu. Yoshinaga mends old nuirugumi and gives them a new lease of life. Most of the clients he services come from Tokyo and Osaka.

With all the pampering, it’s little wonder that nuirugumi are enjoying a plush “lifestyle”!

>  Sarah Mori, a Malaysian married to a Japanese, resides in Japan.

A soft spot for soft toys 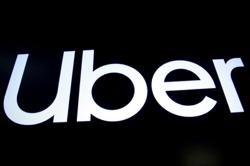 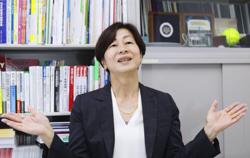 Big Smile, No Teeth: All I want for Father's Day is my little boy calling me dad
Dealing with acne in your middle age (or older)
Human Writes: Our treatment of migrant workers will come back to haunt us
Tips on how to ensure the food you buy is safe
The danger that comes from rapid spread of misinformation
Should pregnant women get the Covid-19 vaccine?
Decriminalising suicide essential in mental health fight
Working out to look good? It's ok to be a little vain
Getting rid of fat by sucking it all away
Contradictheory: How to get reluctant family members onboard with vaccination