Just last week (Aug 3-6, 2022) at the World Congress of Psychiatry in Bangkok, Thailand, almost every senior psychiatrist there asked after Professor Dr M. Parameshvara Deva, aware that he was ill, but somehow still optimistic that he was recuperating at home under the loving care of his wife Prof Dr Jenny P. Deva.

When the news came out that he had passed away n Aug 7 (2022), it was difficult for us to accept the reality.

Prof Deva was a larger-than-life figure in the field of psychiatry.

His career saw him as a professor of psychiatry, mental health consultant at the World Health Organization (WHO), and adviser to a few health ministries in the Pacific region.

However, his greatest legacy will surely be his immense contribution in developing community mental health services, in particular, psychosocial rehabilitation services in low- and middle-income countries.

He believed in the sustainable development of services, using often-limited resources available locally.

This included training families and community mental health workers in low- and middle-income countries, setting up a clinic in an unused container, or starting psychosocial rehabilitation in the backyard of a village chief’s house in Micronesia.

He espoused the concept of patient-centred recovery even before the term became popular.

He strongly believed that recovery has different meanings to different people.

He also strongly believed that families and communities must be involved in the recovery of a person with psychosocial disabilities.

When he knew that I had an interest in mental health development in post-disaster and post-conflict situations, he started introducing me to all his international contacts.

He was also keen on me playing a leadership role in the World Association for Psychosocial Rehabilitation (WAPR).

Once, when we were together in Sri Lanka, he introduced me to the Health Minister and whispered to him his hope that I would one day take up the position of president of the association.

Afterwards, the minister turned to me and said: “I hear you are being groomed to be president.”

The truth was that I had no intention to take on such a responsibility, however, I replied to the Health Minister: “Perhaps you too will become President (of Sri Lanka) in the near future, sir.”

He just smiled and said nothing in return.

Two weeks after that, there was a surprise shake-up in Sri Lankan national leadership and that Health Minister became President. Prof Deva (second from left), seen here after a training session on community mental health services with nurses and community workers in Aceh, Indonesia, in 2006, took a lead role in several humanitarian activities after the 2004 Indian Ocean tsunami, which severely affected Aceh, among other places.

Prof Deva and I often joked about this peculiar turn of events during our regular meetings for a chat and a meal at a Petaling Jaya, Selangor, restaurant.

He refused to be fetched and would insist on himself driving to the venue in his unassuming modest car, despite his knees beginning to give him problems.

He led a modest, simple life, but was the epitome of generosity.

He would quietly use his personal funds to pay for postgraduate students and young psychiatrists in low- and middle-income countries to attend international conferences and workshops.

The lesson was clear: it wasn’t good enough to be the best in your field; you had to create opportunities for others in the field to succeed as well.

I remember when I invited him to do a week-long consultancy in Timor Leste, we passed him the standard fee of USD$1,000 (RM4,460) per day for his services.

He immediately donated the money towards the operational costs of a psychosocial rehabilitation centre.

Similarly, in Aceh, Indonesia, during post-tsunami rehabilitation work, he donated his consultancy fee to a local non-governmental organisation (NGO).

Such was his dedication to carry everyone along in his journey to mainstream mental health.

The current president of the World Psychiatric Association (WPA), Prof Dr Afzal Javed, said this in praise of the late Prof Deva: “He was a senior leader of the WPA and had been active in WPA activities for several years.

“He called the first meeting to discuss the formation of the Malaysian Psychiatric Association in November 1976.

“He highlighted the vision of WPA not only in his region, but also played a vital role in the promotion of psychiatry globally.

“His pioneering role in establishing the Section on Psychiatry in Developing Countries will always be remembered by the WPA leadership.

“He had a special interest in psychosocial rehabilitation and served as past president of the WAPR.

“He was at the forefront of establishing the Asian Federation for Psychiatric Associations (AFPA) and the South Asian Forum on Mental Health and Psychiatry.

“He was also instrumental in helping establish professional psychiatry associations in many regions.

Prof Deva had enormous influence on the international community of psychiatrists with his unique ability to bring together people from all corners of the world to serve a common cause.

Undoubtedly, there were differences of opinion and some openly opposed him, but none – including his detractors – would disagree that Prof Deva was single-minded in his dedication to the field of psychiatry. His travels were far and wide.

It was a common sight to see him animatedly discussing the five categories of mental disorders to community health workers in the remote regions of Indonesia or Mongolia.

He called his theory “Simply Lima”, often using a picture of his large hand to describe the main categories of psychosis, anxiety disorders, mood disorders, alcohol and substance use, and – quite imaginatively – the little finger to illustrate childhood-related disorders.

His eyes lit with excitement when he described that the word “lima” is used not only in Indonesia, Malaysia and the Philippines to refer to the number five, but also in the Pacific islands, and as far away as Hawaii, United States.

His fascination for etymology was incredible.

He would say that if he came across a word or an interpretation of a word that made him curious, he could wake up in the middle of the night and rush to his computer to research the origin of the word.

When he was professor of psychiatry and department head at Universiti Malaya Medical Centre, his ward rounds were intense – filled with energy, excitement and competition among the specialists and medical officers.

He expected creativity and critical thinking, as he wanted only the very best for the clients.

Nothing mattered to him more than the well-being of those we psychiatrists are supposed to serve.

His rounds were the training ground for the real world of psychiatry according to many specialists whom he mentored.

His former student, consultant psychiatrist Datuk Dr Tan Chee Khuan says: “I was brash and assertive when I was studying under him and we inevitably clashed as Prof Deva was also a strong-willed character.

“However, when we met years later, we got on famously.

“Such was the nature of Prof Deva who never harped on bygones.”

We will miss his towering intellect, his generosity and his unique ability to carry everyone along with him in his pursuit for a more equitable mental health service – not only in Malaysia, but also in other parts of the developing world.

His death is a personal loss for me and a huge loss for psychiatry.

Life is indeed fleeting, but Prof Dr M. Parameshvara Deva, or simply Deva to most, lived his life to the fullest.

This is a particularly difficult and painful time for his family.

In extending to them our heartfelt condolences, we wish them courage and strength to bear this irreparable loss.

When pain makes you feel less of a man

A place for nurses to rest and cry 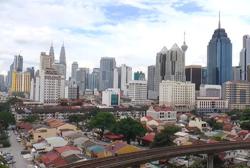