Inserts included with medications usually explain potential side effects and how common they are. — dpa

But in addition to the hoped-for effects, they often have undesirable side effects in the body.

Part of taking a medication is weighing the risk of side effects, which seem to be an unavoidable part of the equation.

Below, experts from Germany run through the most important questions regarding side effects, as well as give tips on how to mitigate them:

No effective medicine is free of side effects – is that true?

Yes and no, says Corinna Schaefer, who heads the department dedicated to patient information and evidence-based medicine and guidelines at the German Agency for Quality in Medicine.

“Any drug with an effect can have a side effect, but that doesn’t necessarily have to occur; the potential is always there,” she says.

Ursula Sellerberg of the German Pharmacists’ Association sees it that way as well, saying: “If something is advertised as having no side effects, then one should be extremely sceptical.”

What are common side effects?

Generally speaking, non-specific complaints such as fatigue, dizziness, nausea, gastrointestinal problems or headaches are more common than serious side effects, according to Sellerberg.

A serious side effect is one that is life-threatening or fatal, leads to a disability, or requires hospitalisation or medical intervention.

What should you do if you notice that you’re having side effects?

Ideally, the doctor can explain any potential side effects to you when prescribing the medication.

In the best case, you’re told which side effects should be reported immediately and which are “OK”, says Schaefer.

Side effects that are not listed on the packaging or the insert should definitely be discussed with your doctor or pharmacist.

Patients should not reduce their dosage, discontinue taking the medication or decide to start taking a different medication without first consulting with their doctor, she says.

How are medications approved despite their side effects?

Behind the decision to approve such medications is a weighing of the benefits and risks.

Drugs undergo several stages of testing before they’re launched on the market.

More severe side effects are allowed for medications used to tackle serious illnesses, such as cancer, than for something meant to treat a headache, explains Schaefer.

Is it possible to avoid side effects?

Not always. But they can sometimes be mitigated.

For some medications, side effects only occur at the beginning, then disappear by themselves over the course of the treatment.

If an undesirable effect of the medication is that you become tired, you should take it in the evening if possible, before going to bed.

Caution is advised if you’re thinking of using one drug to fight the side effects of another – this is best discussed with your doctor.

There could be a different preparation of the original drug that you can tolerate better, for example, which will save you from taking several medications at one time. – dpa

Is it safe for me to take the Covid-19 vaccine if I have allergies?

Should I worry about the side effects of the Covid-19 vaccines? 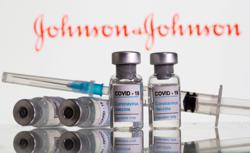 Novavax Covid-19 vaccine over 90% effective
Tips to safely reuse your N95 face mask
Swollen lymph nodes after Covid-19 vaccination could be mistaken for breast cancer
Is 10,000 daily steps really the magic number for better health?
Enlarging your breasts through surgery: What you need to know
When too much work ends up killing you Premium
Eating disorders can affect anyone, regardless of gender or size
Have you started procrastinating more during this pandemic?
Dealing with acne in your middle age (or older)
More tips on how to be progressive in private practice