Ahead of the Ramadan bazaars, traders are usually reminded how to prepare and handle food properly and hygienically, and to get a typhoid vaccine. — Photos: Filepic

Food-loving Malaysians will be making a beeline for Ramadan bazaars when they open nationwide in two days' time to take away their favourite delicacies.

Many new vendors will also be setting up stalls for the first time to boost their income.

Already, the Covid-19 pandemic has led to the birth of countless home-based and online food sellers as a new way of making a living.

Thus, it is important that food handlers are vaccinated against typhoid as early prevention is necessary to prevent an outbreak.

“Many first-time food handlers may not be aware of the dangers and severity of typhoid disease, but they must realise that it is their responsibility to protect themselves and their consumers by proactively vaccinating against typhoid.

In line with this, the Academy of Occupational and Environmental Medicine Malaysia (AOEMM) has partnered with Facebook group Caring Moms, to run a “Healthy Food Handlers, Food Safety Assured” health education campaign.

The intention is to urge home-grown food handlers to practise good hygiene when preparing and delivering food, and to maintain public confidence in the safety of their products. Ramadan bazaars are popular all over the country as some of the foods sold here are only available once or twice a year.

Typhoid is a systemic infection caused by a bacterium called Salmonella typhi.

An infected person can pass the bacteria out of their body in their faeces, or less commonly, in their urine.

If someone else eats food or drinks water that’s been contaminated with a small amount of infected faeces or urine, they can become infected with the bacteria and develop typhoid fever.

“The bacteria is transmitted through food contamination, i.e. food handlers go to the toilet and don’t wash their hands, then they prepare the food.

“The food is contaminated via faecal-oral transmission, i.e. the bacteria goes from the faeces into the mouth of another person,” says Assoc Prof Marzuki.

He points out that infection can also occur at different critical points, e.g. when using utensils that have not been properly cleaned.

Symptoms of the infection include fever, fatigue, headache, nausea, abdominal pain, constipation or diarrhoea, and rash.

Around 1-4% of patients infected with S. typhi are chronic carriers with no symptoms who carry the bacteria in their intestinal tract and gallbladder for months or years.

Therefore, they are capable of spreading the disease to others without even realising it.

If typhoid fever isn’t treated, the symptoms will continue to get worse over the following weeks and the risk of developing potentially deadly complications will increase. 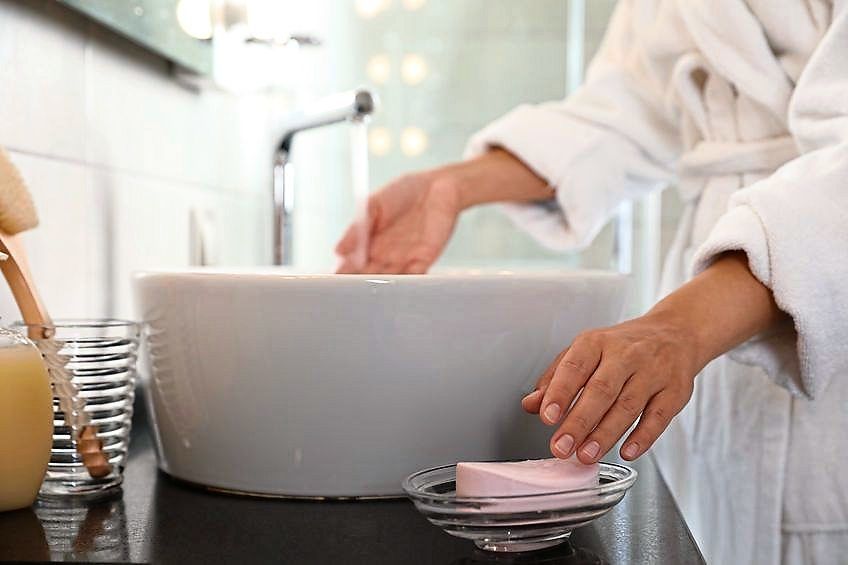 Always wash your hands properly after using the toilet and before eating. — 123rf.com

Globally, the World Health Organization (WHO) estimates the typhoid burden to range from 11 to 21 million cases, with approximately 128,000-161,000 deaths annually.

The majority of cases occur in South and South-East Asia, and sub-Saharan Africa, mainly affecting children and young adults.

Despite rapid urbanisation and development, local transmission of typhoid is still prevalent in Klang Valley (78.9%).

Assoc Prof Marzuki, who is also the secretary of AOEMM, says: “Outbreaks from August to October 2015 showed 71 confirmed cases and this was mainly due to food handlers defaulting vaccinations.

“We are worried about this because they are capable of spreading the disease without knowing that they are carriers.

“Consumers at risk are those who always eat outside or patronise eateries with inadequate sanitation.”

While there is no data on typhoid infections during Ramadan, he says in the past, there have been sporadic cases in the Klang Valley.

If more than two cases occur from a similar source, it is considered an outbreak.

“Because there are a lot of new food handlers coming out during the fasting month, we estimate a higher risk of infection during this period, especially when there is a lack of access to clean water.

“Typhoid is treatable with antibiotics, but when we give these drugs too frequently, there is the emergence of antibiotic resistance.

“Vaccination is best,” he says.

With food poisoning, you may get abdominal pain and diarrhoea, but with typhoid, it can be constipation.

Assoc Prof Marzuki says: “In the district health offices, whenever we receive a notification of diarrhoeal diseases, we do a proper investigation to find out the incubation period of the symptoms.

“For example, if the patient is having symptoms today, but the intake of outside food was seven days ago, we can figure out what would be the infectious agent from the incubation period.

“Sometimes, the incubation period for food poisoning is two to three days; for S. typhi, it can go up to seven days.

“To confirm what infection it is, we do faecal sampling.”

Public health medicine specialist and AOEMM council member Dr Anza Elias says, “Vaccination against typhoid is a requirement by law for home-based food businesses because it strengthens their customers’ confidence that the food they purchase has been prepared under safe and hygienic terms. 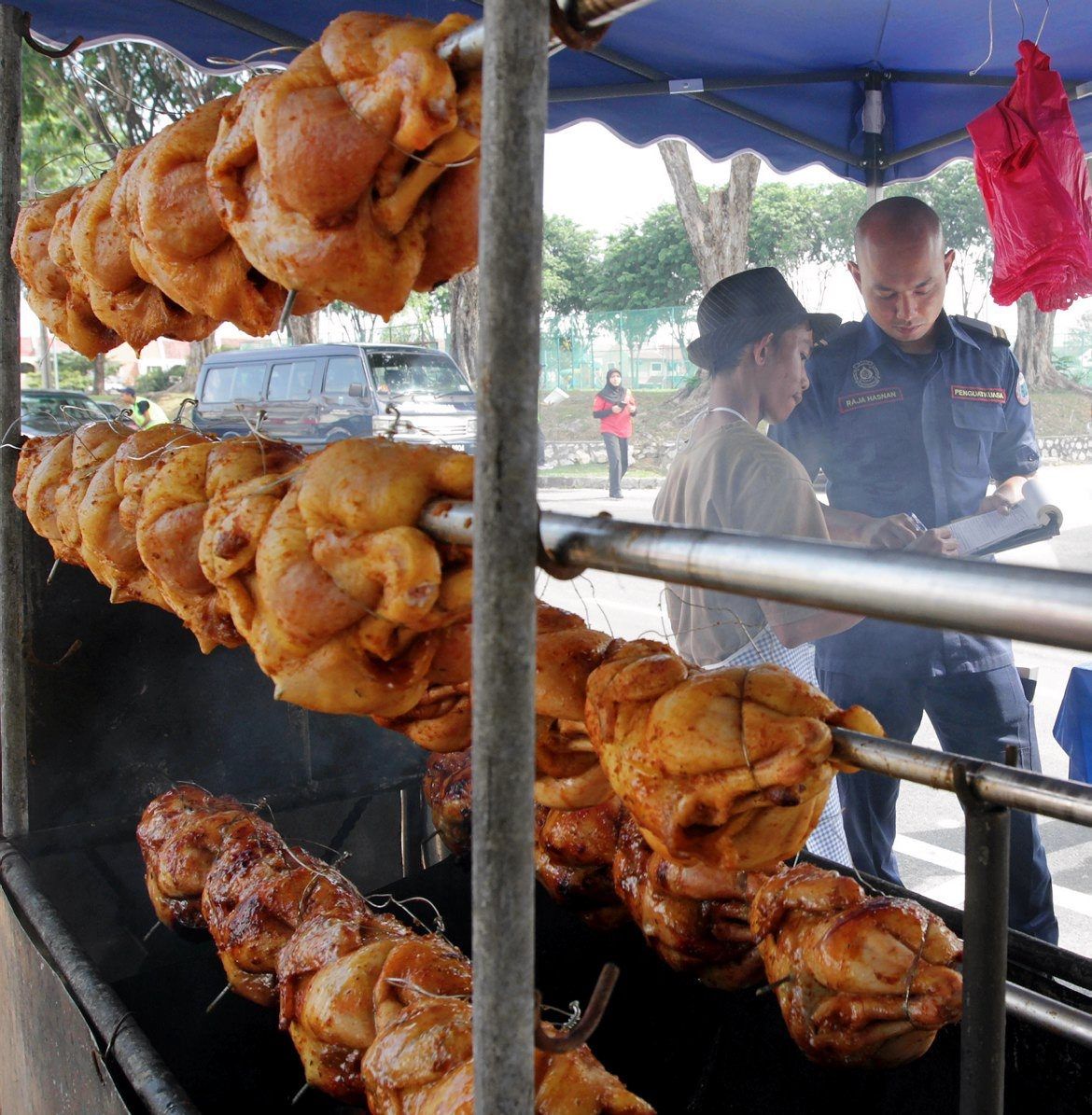 Local authorities can check if food vendors in public places have received their typhoid vaccination and are maintaining hygiene standards, but are unable to check food sellers operating from private homes.“All food handlers must be socially responsible and undergo food-handler training, a medical exam and vaccination.

“Secondly, they must maintain a high degree of personal cleanliness; those who are carriers of such diseases should not be allowed to handle food until they are cleared of the infection.”

Adds Assoc Prof Marzuki: “Even though you have recovered from the symptoms, there’s a possibility you might be a chronic carrier, which means that the bacteria is still in your body and can be transmitted to others.

“The patient needs to do continuous follow-ups via faecal sampling to ensure that he or she is typhoid negative.”

And yes, you can get typhoid repeatedly.

There is no data on the compliance rate among food handlers during Ramadan; however, local city or town councils usually come up with education campaigns and vaccinate the vendors before giving out licences for the bazaars.

“The health inspectors will go around conducting random inspections, and compounds are given for non-compliance,” he says.

However, it is difficult to monitor food handlers in private homes as many of them are not registered.

The unconjugated Vi polysaccharide (ViCPS) anti-typhoid vaccine licensed for use has been recommended by the WHO since 2008 for the control of typhoid in endemic and epidemic settings.

A single injection ensures active immunisation and protection against typhoid fever in adults and children two years and above.

Immunity appears one to three weeks after the jab.

Food spoilage is caused by microbes. 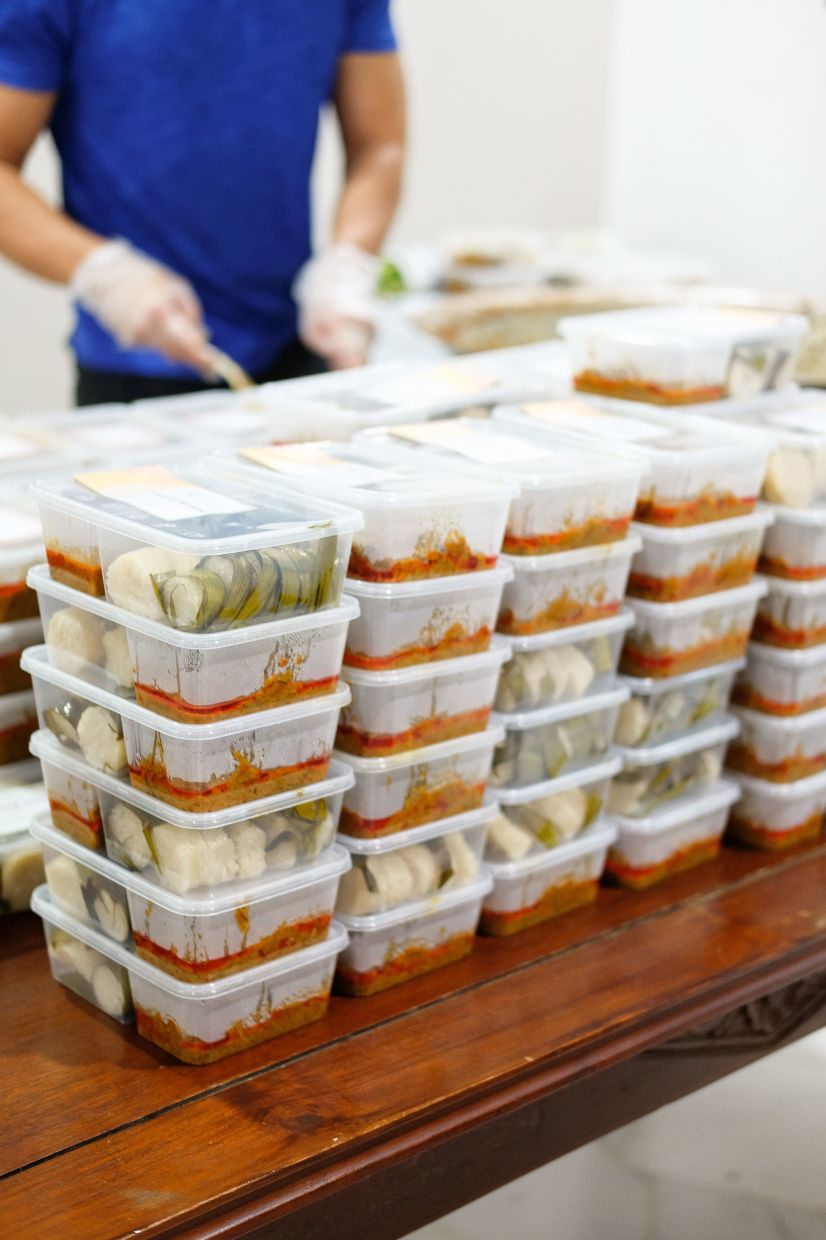 With the explosion in home-based food businesses, it is crucial that these home cooks are vaccinated against typhoid and are maintaining strict food preparation standards. — AISYA JABARUDDINThe rate of spoilage depends on the ability of these microbes to grow and multiply, which is influenced by a range of factors including water, pH levels, oxygen and temperature, as well the physical structure of the food itself.

Assoc Prof Marzuki says there are several factors that can help control the growth of microorganisms.

“Food stored in temperatures ranging from 5°C to 63°C promotes the growth of microorganisms, so it’s best to keep food below or higher than these temperatures.

“Also, bacteria will grow more rapidly when the pH of the food is neutral, so acidify the food by adding ingredients such as lemon or vinegar, like in pickles.

“Sometimes, if we add sugar and salt, it will also help increase the food’s shelf life,” he says.

Additionally, unrefrigerated and ground or sliced food will spoil quicker.

He says: “The longer you keep food at normal room temperature, the higher the chances of microorganisms growing.

“Rapid processing and rapid distribution of food is of utmost importance.”

Dr Anza’s advice to consumers is: “When you are buying food, look at the seller’s hands, nails and apron, cleanliness of the place, grading of the restaurant, etc.

“Don’t only judge the stall based on the appearance, but look carefully at the food too.

“Smell, and if possible, taste it first. If it has gone bad, don’t buy it or throw it away.”

Just like Covid-19, there is a stigma surrounding those who get typhoid.

“Those who get typhoid fever are not necessarily dirty people.

New treatments, including for reversing diabetes, in updated guideline

Bull penises, cow dung... do these cattle byproducts have any health benefits?

Adopting a plant-based diet has multiple benefits
Mysterious hepatitis cases in children
Hand, foot and mouth disease is amongst our children again
No more face masks on European flights
Is it a food allergy or a food intolerance?
Tips to manage emotional eating
Let your child's imagination run free while playing
Tai chi: Good for mind and body
Singing to soothe symptoms of long Covid
PCOS is a common cause of irregular periods Premium