10 common infections that affect our sight

Conjunctivitis is one of the most common eye infections, and commonly causes redness, iritation and tearing of the eyes. — Wikimedia Commons

We all know how important our eyes are, but do we know how to protect them?

There are many bacteria, viruses, fungi and parasites that cause various diseases in our eyes.

These infections can cause a range of problems from simple irritation to blindness.

Here are some common eye infections and how to prevent them:

Conjunctivitis is most commonly caused by viral infection, but it can also be a result of bacterial infection, allergies, other irritants and dryness of the eye.

Among the viruses, adenovirus is by far the most common cause, while the herpes simplex virus is the most problematic.

The baby’s eyes are contaminated during the passage through the birth canal from a mother infected with either N. gonorrhoeae or C. trachomatis.

Redness (hyperaemia), irritation (chemosis) and tearing (epiphora) of the eyes are symptoms common to all forms of conjunctivitis.

Conjunctivitis due to common pyogenic (pus-producing) bacteria will result in marked grittiness/irritation and a stringy, opaque, grey or yellowish mucopurulent discharge that may cause the lids to stick together, especially after sleeping.

Both bacterial and viral infections are contagious.

However, they are usually self-limiting and normally do not require treatment.

Although there is no specific treatment for viral conjunctivitis, symptomatic relief may be achieved with warm compresses and artificial tears.

For bacterial conjunctivitis, antibiotic eye drops or ointments (such as chloramphenicol or fusidic acid) can speed the recovery process.

Gentamicin, erythromycin and moxifloxacin are also commonly used for treatment.

> Trachoma
This is a chronic infection of the conjunctiva and cornea caused by C. trachomatis.

Trachoma (which means “rough eye” in ancient Greek) is an infectious eye disease and the world’s leading cause of infectious blindness.

Trachoma is spread by direct contact with eye, nose and throat secretions from affected individuals or contact with fomites such as towels and/or washcloths.

It can also spread through flies that transport such secretions.

Untreated and repeated trachoma infections result in entropion – a painful form of permanent blindness where the eyelids turn inward, causing the eyelashes to scratch the cornea.

Children are the most susceptible to infection due to their tendency to get dirty.

Azithromycin is used for treatment.

This is a tuberculous infection of the eye, affecting primarily the iris, ciliary body and choroid.

It encompasses any infection by Mycobacterium tuberculosis, M. bovis, M. africanum or M. microti in, on or around the eye.

The most common symptom is uveitis/panuveitis (inflammation of the middle layer of the eye known as the uvea).

Occasionally, it is associated with a conjunctival mass or ulceration.

It can also appear as an orbital mass or eyelid abscess.

Isoniazid, rifampin, pyrazinamide and streptomycin or ethambutol are used for treatment. 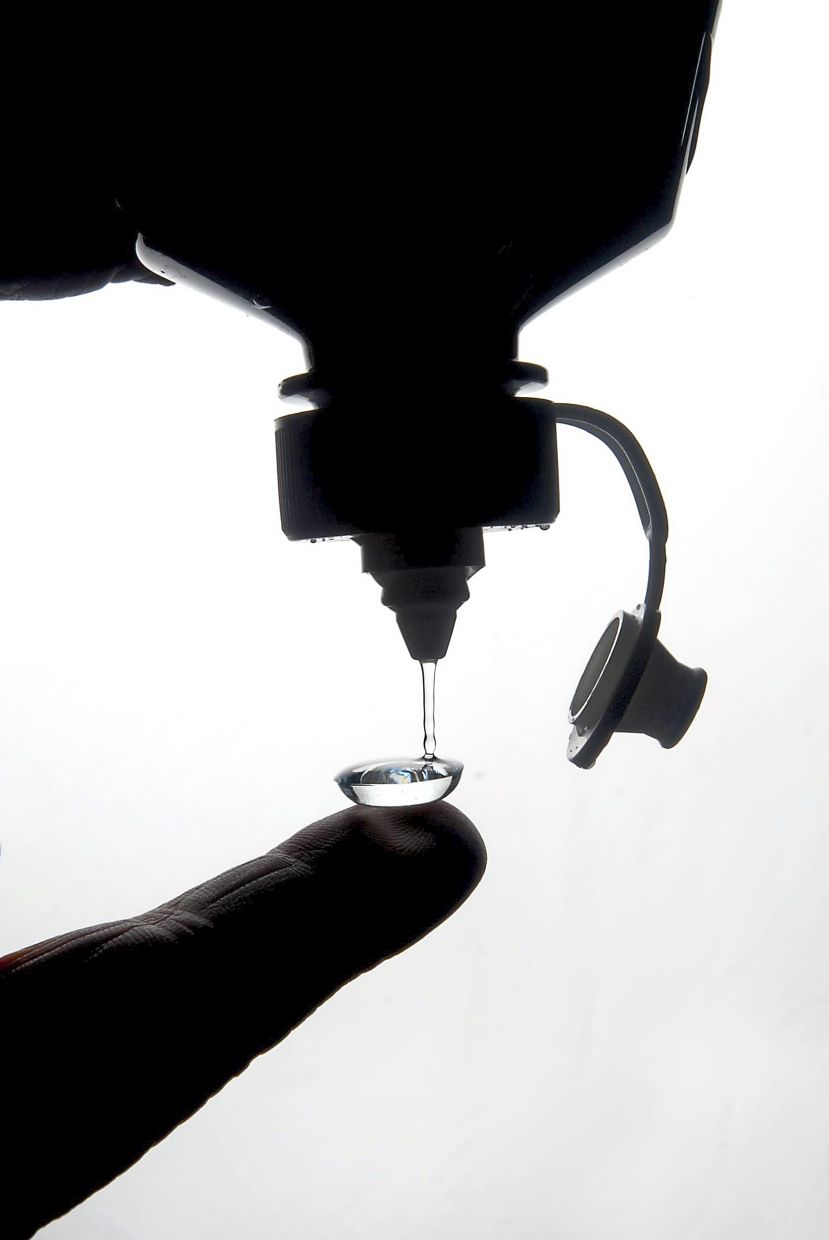 To avoid eye infections like Acanthamoeba keratitis and mycotic keratitis, contact lenses need to be disinfected properly and regularly before wearing them. — Bloomberg

External styes form on the outside of the lids and can be seen as small red bumps.

Internal styes cause a bump underneath the lid with only generalised redness and swelling visible on the outside.

Styes are commonly caused by Staphylococcus aureus bacteria and expired mascara (which can contain bacteria).

They are also caused by blockage of the oil glands at the base of the eyelash.

Styes can be triggered by stress, poor nutrition or sleep deprivation.

Aside from the swelling and redness mentioned above, symptoms may also include pain and/or tenderness over the affected area.

Treatment includes applying warm, wet compresses on the eye for about 15 minutes several times throughout the day, as well as antibiotic ointments for the eye.

It is a major opportunistic infection in AIDS patients and can cause blindness.

Patients with CMV retinitis are at risk of developing retinal detachment, where the retina detaches from the nerves of the eye, causing blindness.

Because the virus is so threatening to vision, it is usually treated by a vitreo-retinal surgeon.

Treatments include antivirals such as ganciclovir or foscarnet, which can be taken orally, intravenously, injected directly into the eye (intravitreal injection), or through an intravitreal implant.

This is a superficial infection of the cornea – the front part of the eye – by the herpes simplex virus called Herpesvirus hominis.

It is characterised by the presence of small vesicles that may break down and coalesce to form dendritic ulcers.

The trigger is a past or present herpes simplex virus infection, secondary to an upper respiratory infection involving cold sores.

The condition is often marked by moderate to intense pain and usually causes impaired eyesight.

Eye drops, pills or intravenous therapy are used for treatment.

Acanthamoeba keratitis is a rare disease where amoeba invade the cornea of the eye, causing corneal ulceration that can lead to blindness.

It is nearly always associated with contact lens use, as Acanthamoeba spp can survive in the space between the lens and the eye.

For this reason, contact lenses must always be properly disinfected before usage and should be removed before water activities like swimming or surfing.

This infection is caused by the protozoan parasite Toxoplasma gondii, which may be congenital or acquired.

Chorioretinitis (inflammation of the choroid, a lining of the retina deep in the eye) may be associated with all forms of toxoplasmosis, but is usually a late result of congenital toxoplasmosis.

The severe ocular lesions in congenital toxoplasmosis may lead to blindness in infants.

Because it is a self-limiting condition, treatment of acquired toxoplasmosis is usually not recommended.

But if necessary, pyrimethamine, sulphadiazine, clindamycin and prednisone can be used for treatment. 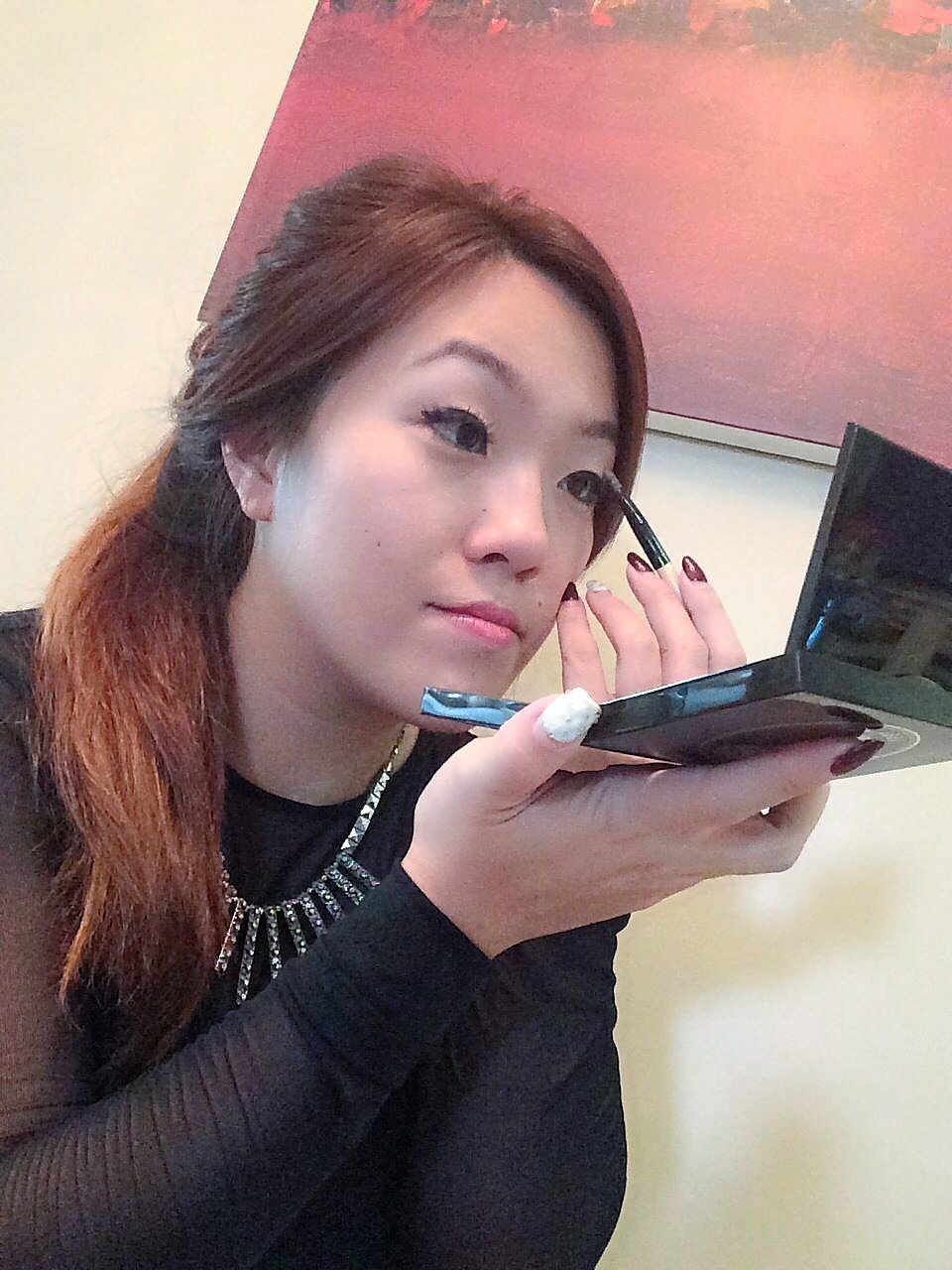 Mascara that is kept for too long can harbour bacteria that can cause styes, so don't use it past the expiration date. — Filepic

This filarial infection of the eyes is transmitted from person to person by bites of O. volvulus-infected black flies.

Generalised itchiness and a papular rash known as onchodermatitis may also be present.

Initially, the rash may be transient, but chronic infection over several years may lead to lichenification, loss of skin elasticity, atrophy and/or depigmentation.

Over the years, the scarring progresses to cause visual loss, and ultimately, blindness.

Ivermectin is the drug of choice for onchocerciasis treatment.

This condition caused by the parasite Gnathostoma spinigerum is a significant cause of ocular disease in East Asia, with sporadic cases reported worldwide.

Surgery is the only treatment.

Mycotic keratitis refers to the corneal infection caused by either filamentous fungi or yeast.

Interestingly, fungal keratitis is a condition related to warm climates.

Its symptoms are blurred vision, a red and painful eye that does not improve when contact lenses are removed or on antibiotic treatment, photophobia, and excessive tearing or discharge.

Natamycin ophthalmic suspension, fluconazole ophthalmic solution or amphotericin B are some of the drugs of choice for treatment.

As sight is very important to us, we should protect our eyes as much as possible with the following measures:

For those at risk of eye injuries, the use of broad protective glasses with side shields is recommended.

The various vectors that can transmit ocular infections also need to be controlled.

Assoc Prof Dr Mohammad Nazmul Hasan Maziz is a medical microbiologist and deputy dean at the Perdana University Graduate School of Medicine. This article is courtesy of Perdana University. For more information, email starhealth@thestar.com.my. The information provided is for educational and communication purposes only and it should not be construed as personal medical advice. Information published in this article is not intended to replace, supplant or augment a consultation with a health professional regarding the reader’s own medical care. The Star disclaims all responsibility for any losses, damage to property or personal injury suffered directly or indirectly from reliance on such information.

Foot ulcers cost the most among all diabetic complications

Why going barefoot is good for your child