Help, my heart is failing

Heart attacks are no longer fatal as there are effective drugs to improve survival rates. — TNS

“I am so tired these days. I have no energy and am short of breath even with the slightest effort of climbing the stairs. I’m going to see my GP (general practitioner) today,” says George Lee to his wife.

Ten years ago, Lee was diagnosed with hypertension.

Last year, he had a heart attack. He reduced his cigarettes to 10 sticks daily and drinks whiskey only on weekends (used be every night before his heart attack).

Thankfully, he survived the attack but has now developed new symptoms.

Why is this happening?

His GP suspected it was heart failure and gently told his patient.

Lee was shocked. And scared.

He should have brought his wife along, he thought. She wanted to come but he brushed her off, saying, “No need lah. It’ll be nothing.”

His GP advised re-referral to the hospital which treated his heart attack, and told Lee to go ASAP.

“What did the doctor say?” asked his wife when he returned.

Heart failure does NOT mean that your heart is going to stop at any minute. It simply means the heart is not functioning well.

Coronary artery disease happens due to narrowing or blockage of the coronary arteries, the heart’s blood supply, leading to angina (chest pain) and heart attack.

Years ago, heart attacks were fatal. Now with effective drugs, many survive but, are at risk of heart failure. 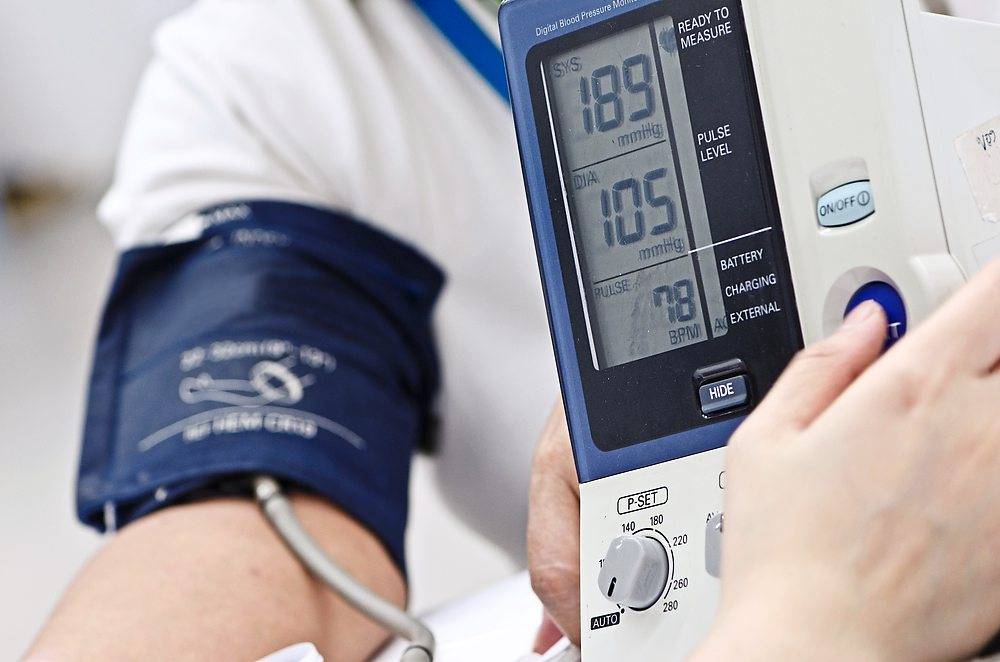 Many people are unaware that they have hypertension (high blood pressure), which increases their risk of a heart attack. Photo: AFP

This also applies to angina and those with a previous heart bypass or angioplasty.

Who does it affect?

Lee has both coronary artery disease and hypertension so he is at increased risk.

With a heart attack, the heart muscle becomes ineffective as a pump. There is a build-up of fluid in the lungs causing breathlessness, which is first noticed during exercise when the heart must pump more blood.

Other features such as fatigue, lack of energy and ankle swelling, also develop.

NYHA Class I, the mildest, shows little or no symptoms. At the end of the spectrum is NYHA Class IV, which shows symptoms on minimal exercise e.g. towelling after a shower.

Diagnosis of heart failure based on symptoms is very difficult because it could also be caused by other diseases.

The following tests are essential for accurate diagnosis:

If raised, heart failure is likely. Refer for echocardiogram.

> ECG: A heart tracing showing the electrical pattern of the heart.

In Lee’s case, his BNP was raised. The echo confirmed heart failure with reduced pumping or ejection fraction.

In addition to medications, Lee’s doctor suggested the following:

The vaccinations are essential as infections worsen heart failure, leading to hospital admission.

Some patients develop depression from living with heart failure though Lee’s doctor will assess him periodically.

Chronic heart failure is increasingly common, especially in the elderly.

Though scary, there are effective drugs to improve outcomes and reduce hospital admissions.

Dr Isriyanti Rafae is a lecturer in family medicine and Prof Anthony Cummins is the academic lead in family medicine, Perdana University Royal College of Surgeons in Ireland. This article is courtesy of Perdana University. For more information, email starhealth@thestar.com.my. The information provided is for educational and communication purposes only and it should not be construed as personal medical advice. Information published in this article is not intended to replace, supplant or augment a consultation with a health professional regarding the reader’s own medical care. The Star disclaims all responsibility for any losses, damage to property or personal injury suffered directly or indirectly from reliance on such information.