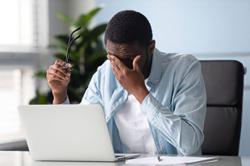 Regularly playing the drums over a number of years appears to cause changes in brain structure and function not seen in non-musical individuals.

Carried out by researchers from Ruhr-Universität Bochum in Germany, the new small-scale study looked at 20 professional drummers who had been playing the instrument for an average of 17 years.

At the time of the study, they were also practising for more than ten hours per week.

The participants underwent various MRI (magnetic resonance imaging) scans so the researchers could assess the structure and function of the brain, and compare the scans with those from 24 unmusical control participants.

The findings, published online in the journal Brain and Behavior, showed that compared to the control subjects, the drummers showed a clear difference in the front part of the corpus callosum – a brain structure that is responsible for motor planning and connects the brain’s two halves.

Here the drummers had fewer, but thicker fibres, which would enable them to exchange information between the two hemispheres more quickly than the control participants.

“It has long been understood that playing a musical instrument can change the brain via neuroplastic processes,” says co-author Sarah Friedrich, “but no one had previously looked specifically into drummers.”

The researchers decided to study this group of musicians for the first time as drummers have superior motor coordination skills to untrained individuals and are able to perform complex fine motor tasks with both hands at a similar level of performance.

“Most people can only perform fine motor tasks with one hand and have problems playing different rhythms with both hands at the same time,” explains researcher Lara Schlaffke.

“Drummers can do things that are impossible for untrained people.” – AFP Relaxnews When headaches occur in clusters
What we can do to prevent road traffic accidents
What your tongue says about your health Premium
Got Covid-19, but had no symptoms? Long Covid can still hit you
Physically-active persons can fight off Covid-19 more easily
When surgery means no coffee for the caffeine addict
Diets that could impact Covid-19 severity
Scientists create new substance that helps trap airborne viruses on surfaces
Covid-19 vaccines effective against the Delta variant
Novavax Covid-19 vaccine over 90% effective