Food addictives enhance flavour, but could be dangerous to our health

By DATUK DR NOR ASHIKIN MOKHTAR

While MSG does occur naturally in certain foods, our high intake of processed food containing this flavour enhancer might not be good for our health. — Photos: VisualHunt.com

Fast foods, flavoured snacks and diet soft drinks are just some of the foods that contain troublesome substances called excitotoxins, that could be wreaking havoc on your personal health.

They are a category of chemicals that tend to overstimulate neuron receptors in your brain by inducing too rapid a firing of the impulses, leading to the death of those neurons or nerve cells.

The effect has been noted especially in parts of the brain that regulate emotions, onset of puberty, the immune system and sleep patterns.

Excitotoxins are beneficial to the food industry because of its flavour-enhancing qualities.

Any number of foods that you pick off the shelves of supermarkets contain excitotoxins, such as gravies, snacks, soups, and especially, processed vegetarian foods.

They take a considerable effort to avoid and such foods are to blame for symptoms like bloating, water retention, skin health issues and headaches.

When you eat out anywhere, the amount of excitotoxins are even higher, but the worse part is, you won’t know exactly which type of food and drinks are the most unhealthy ones. 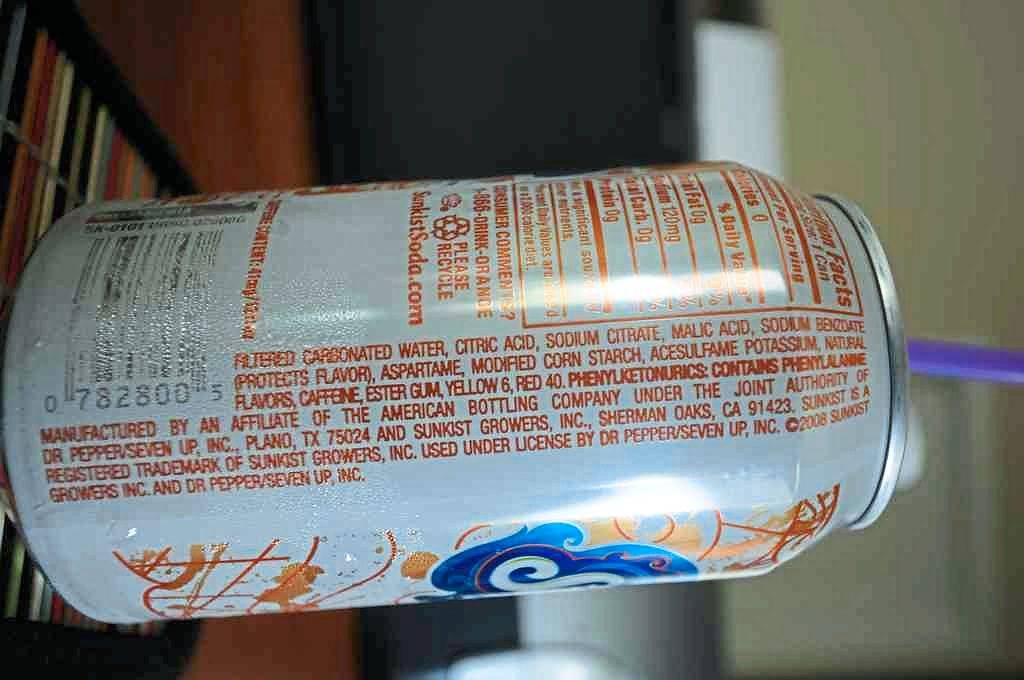 This soft drink contains both aspartame and phenylalanine, but we probably wouldn't suspect it unless we read the ingredients list.

Depending on who you ask, the divide on the harmful effects of excitotoxins is wide.

The food lobby, as well as the US Food and Drug Administration (FDA), claim that a person will have to consume significant amounts of excitotoxins before any real danger occurs.

That is a rather obvious statement, but seems to ignore the fact that our everyday intake of excitotoxins, over time, can be in significant amounts for many.

These get broken down so that the concentrated levels become lower.

But in processed foods, concentrated levels are so high that it floods your entire system, not just your brain, and forces your body to handle too much at one go.

If we can understand how eating an entire pint of ice cream causes your blood sugar to rise sky high, we don’t need research to understand that high amounts of MSG causes harmful disruption within our systems.

It’s not just MSG that we have to worry about though.

Sugar substitutes like aspartame, which are commonly used in soft drinks and hard candy, are linked to symptoms like headaches and muscle cramps.

Even the US FDA cautions those with the genetic disease phenylketonuria (PKU), pregnant women who have hyperphenylalanine, and patients with advanced liver disease, to avoid aspartame because they are unable to metabolise the amino acid phenylalanine effectively.

Symptoms of overexposure to excitotoxins vary from person to person.

Some people experience an immediate reaction to excitotoxins, while others may take several days to see a reaction, which can include headaches, extreme thirst, skin rashes or severe mood swings.

But if your immune system is strong and you have the ability to produce adequate amounts of antioxidants, you will be able to build resistance to excitotoxins and give your neuron receptors time to heal.

Experts agree that children are more susceptible than adults to excitotoxin damage.

According to research by Dr John W. Olney, a neuroscientist at Washington University in St. Louis, United States, a child’s brain is four times more susceptible to excitotoxins, compared to an adult’s brain.

Although any significant brain damage may not be obvious until a child grows older, more immediate reactions include behavioural disorders such as Attention Deficit Disorder (ADD) and Attention Deficit Hyperactivity Disorder (ADHD), impaired learning, stomach cramps, depression and nausea. 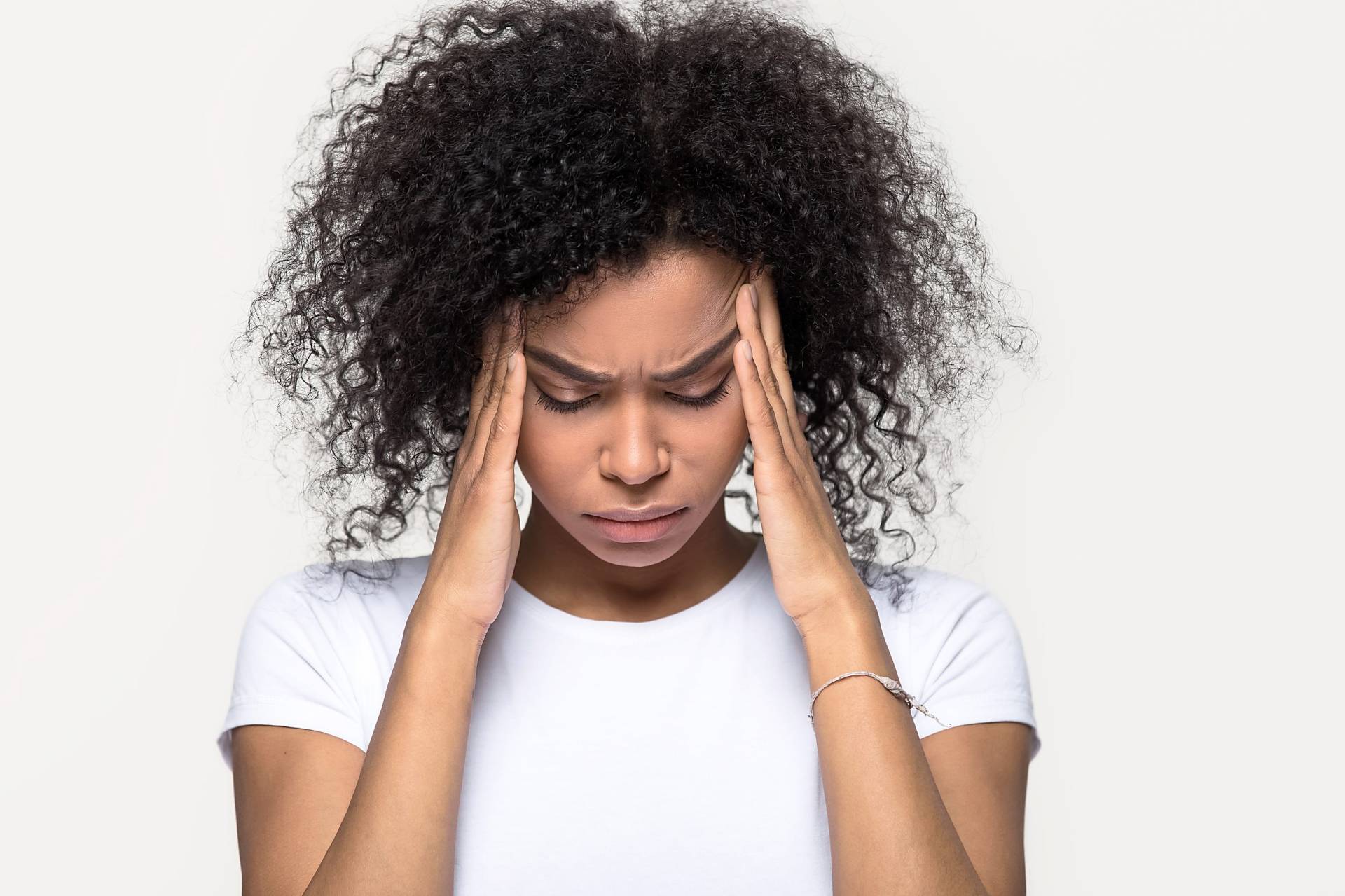 Headaches are one symptom of consuming too much food additives. — TNS

All of this might have you feeling worried about the state of your health, but there is no need to be unduly worried.

As with all things, being conscious about eating everything in moderation can help to reduce the amounts of excitotoxins you consume.

If your diet is generally filled with fresh ingredients, cooked with minimal use of heavy sauces and other flavour additives, then the occasional use of chicken stock – which contains higher amounts of MSG – in your cooking should not have any severe adverse effects.

But if you regularly snack on foods laden with excitotoxins, you are bound to benefit greatly from eliminating most of these foods from your daily diet.

There is some good news in all of this.

Physiological damage can be reversed by simply cutting out excitotoxin-filled foods, even if you have been consuming it for awhile.

Replace heavily-processed foods with nutrient-rich ones that are rich in vitamins A and C, and flavonoids.

Leafy, dark green vegetables, including spinach, kale, brussels sprouts and broccoli are rich in antioxidants. So are fruits like blueberries, raspberries and blackberries.

Turmeric can be used as a replacement for heavily-flavoured sauces, and instead of soft drinks, drink green, black and red teas.

An optional way to combat the effects of excitotoxins is to take supplements that boost your immune system.

These include those known for their antioxidant properties, such as vitamin E, vitamin C and coenzyme Q10.

But you should consult with a physician or licensed nutritionist for specific dosages.

It’s a good idea to try this two-pronged strategy to fight off the effects of excitotoxins.

If they have been in your diet for awhile, you will want to cleanse your system by eliminating as much of it as possible, followed by fortifying your body with better foods, supplements and plenty of water.

Your chance of seeing a change in overall health for the better is much higher, and your wellbeing much more positive.

Protect yourself from the flu, and you protect your children too
How heat can affect your medications
I’m a Covid-19 virgin – does that make me a sitting duck?
A massage can help treat mental health problems
Functional foods can give you extra health benefits, but what are they?
World's first malaria vaccine to benefit millions of children, say Unicef
Kids exposed to unhealthy food marketing on TikTok
Avoid these Covid-19 rapid antigen test mistakes
Bidding farewell to 'Vital Signs': Final thoughts from our columnist
Latest update on the symptoms and spread of monkeypox