When the lungs are squeezed

By Star2.com
People with COPD suffer obstructed breathing. Generally, they have relatively well maintained volume in their lungs, but they cannot get the air in and out fast. – Filepic

COPD is a progressive life-threatening disease that is often misdiagnosed.

The more familiar terms chronic bronchitis and emphysema are no longer used.

The most common symptoms of COPD are breathlessness, excessive sputum production, and a chronic cough. COPD is not just simply a “smoker’s cough”, but an under-diagnosed, life-threatening lung disease that may progressively lead to death.

The main risk factors for COPD include:

COPD can be fatal, but if it doesn’t take your life, the damage is irreversible and burdensome.

There is no cure, but it is treatable and even preventable.

Caused primarily by smoking, it affects 210 million people worldwide. It is now the fourth-leading cause of death behind heart disease, cancer and stroke, and it is predicted to be number three unless urgent action is taken to reduce risk factors, according to the World Health Organization (WHO),

In Malaysia, where an estimated 10,000 die of smoking-related diseases annually, the healthcare bill for COPD was an estimated RM2.8bil in 2010.

Dr David Price, an international authority on COPD, says the rising global death rate is alarming. On an optimistic note, he says the respiratory expert community is very excited that current research is yielding new therapies with increased efficacies that can help doctors better manage COPD and give patients a new lease of life.

The Professor of Primary Care Respiratory Medicine at the University of Aberdeen, United Kingdom, was in Kuala Lumpur recently for a COPD seminar to exchange views and discuss new therapies with the local medical fraternity.

He shares his take on this progressive life-threatening disease, why it is often misdiagnosed, and his message to smokers to kick the habit, the sooner the better.

WHO has predicted deaths from COPD will increase by over 30% in the next 10 years. How alarming is this?

The death rate in COPD is very alarming. Whilst many diseases are becoming less common and more treatable, COPD incidence is rising. This is sad because it’s preventable with the right public health measures, smoking cessation and practices at workplaces to curb pollution.

When I say smoking, it includes cigarettes, secondary smoking and shisha smoking. 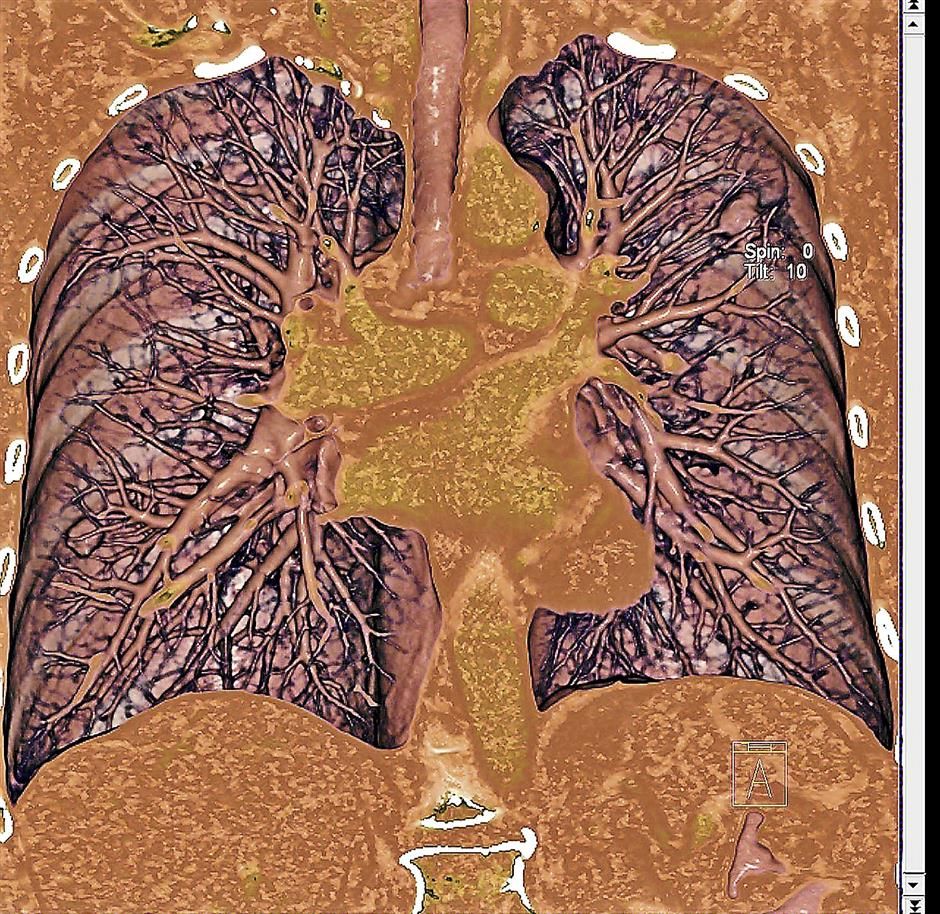 People with COPD suffer obstructed breathing. Generally, they have relatively well maintained volume in their lungs, but they cannot get the air in and out fast. – Filepic

Across Asia, COPD is becoming more common because of this. Generally, there is a 20% chance of a smoker developing COPD, and in the over 40 age group, one in five smokers will have it.

What is behind the increase in cases?

There are several reasons. One is the increase in cigarette smoking. In particular, we are starting to see more women smokers in society.

Smokers are also starting at a much younger age. Our lungs develop until we are in the mid-20s. If you damage your lungs at that stage in your life, you also damage the primal lung function and end up with “stunted” lungs.

People are also living longer. Your lungs age with time, and if you smoke, the deterioration is much faster.

Why is COPD often misdiagnosed and what are the symptoms?

It can be challenging to diagnose COPD because the symptoms are not always immediately obvious.

Breathlessness is a key symptom. And there is cough and wheeze. Anybody who has a cough for more than six weeks must always be fully investigated.

Wheeze is classically thought to be an asthma symptom, but it appears in COPD as well.

Family history is another risk factor. If I have someone telling me they have family members who have lung disease or COPD in their 40s and 50s, that’s really worrying. They may not even call it COPD – they may say it is chronic bronchitis (inflammation of the bronchial tubes that carries air to and from the lungs) or emphysema (damaged lungs).

The most important thing is to compare if you are more breathless doing activities with people your own age. A study done in Australia a few years ago showed smokers who didn’t yet have COPD were much more breathless compared to others in the same age group who never smoked. So, even before the disease fully starts, they are getting breathless already.

A new study has found that people who have chest infections and prescribed antibiotics repeatedly actually had COPD, and each time, the flare-up or exacerbation causes them to lose lung function. So, someone getting repeated chest infections should ask for a test to diagnose COPD.

How is COPD diagnosed?

With a simple painless test called spirometry. It measures how fast and how much you can blow air out of your lungs.

People with COPD suffer obstructed breathing. Generally, they have relatively well maintained volume in their lungs, but they cannot get the air in and out fast. Obstruction also happens in asthma, but in asthma, it is reversible.

What is the difference between COPD and asthma?

Asthma tends to start at a younger age. If you start to get breathless after 40, then you need to be thinking it is COPD.

If you have been smoking for 15 or 20 years, then it’s very likely to be COPD.

It can still be asthma because the symptoms are similar – breathlessness, cough and wheeze.

The little difference is that COPD symptoms tend to stay and progress over time, whereas asthma may come and go. About one in six people with COPD have some degree of asthma-like illness. So, it is important to ascertain whether a patient has just COPD or COPD and asthma.

The treatments are quite different. Asthma requires anti-inflammatory therapy whereas the main treatment for COPD is bronchodilators to open up the lungs.

What is it like to be a COPD sufferer?

A good way to imagine is to breathe in once, twice, three times, and keep breathing in to completely fill the lungs up, but you cannot empty the air out.

The worst time of the day for a patient is first thing in the morning because you have been lying flat. Even for normal people, getting ready for the day is pretty tough – get out of bed, take a shower and dress. COPD patients can’t do these all in one go, they have to stop and rest frequently. Mornings are really very, very tough times for them.

Some patients may stop exercising and give up work prematurely.

What are the treatments currently available for COPD?

There is no cure for COPD, but early intervention works much better because in the early stage, the deterioration occurs faster. We can help patients to stop smoking, get them physically active again and start them on the right treatment.

In this way, they end up with normal lives.

With drug treatment, the most effective therapy is long-acting bronchodilators to open up the lungs. COPD patients really should be on long-acting drugs because they do reduce the number of flare-ups, and there is a study that shows they can potentially reduce mortality too.

Short-acting drugs are the least effective and do not prevent exacerbation.

Long acting drugs come in two groups. One is the lama and the other is called the laba. Lama unblocks the airways while laba works on the muscles to relax the airways.

The drugs are taken separately in the morning and last for 24 hours. Some patients may require only one drug, but others need the two together to get the best effect.

Why the excitement over current research on COPD treatments?

We are quite excited that some drugs being researched might help to slow down the development of the disease. What we are going to see in the next few years is that new therapies will target both lama and laba in one inhaler. We are seeing results – improvements in the way the lungs function that is comparable to what we see in sthma.

Can you share the UK’s experience in the diagnosis and management of COPD?

The major awareness has been in the last five years. One of the things the UK government did, after a lot of pressure, was to set up a clinical strategy to help recognise the symptoms early, help doctors to diagnose early and therefore manage it better.

The strategy was drawn up by a group of primary and secondary care providers, patient representatives, government, public health, pharmacists and nurses.

We incentivise doctors to do proper spirometry. There is also a movement started by GPs called the Primary Care Respiratory Society that is very much focused on improving respiratory management in general practice. So, there has been a push from both the government and also from GPs.

We also do a lot of work on rehabilitation, helping patients make the best of their bodies. We do two things – advocacy and how to manage breathlessness and get them fit again with exercise programmes. We get patients to work together as a group.

My aim is to keep them fit, healthy and enable them to live their lives with less flare ups. I’m less focused on the mortality because what I really want is for the patients to live life to the fullest.

When the lungs are squeezed