Doh! Edible cookie dough is now being served in Malaysia

There is something about cookie dough that is just so appealing. It could be the fact that it’s a forbidden temptation (my mother had a wooden spatula specifically for swatting my hands from her mixing bowl) or the fact that it’s just so incredibly delicious – smooth, creamy and oh-so sweet. I’d wager that childhoods everywhere are tinged with memories of cheeky kids surreptitiously licking the dough clean off mixing bowls.

But for so long, cookie dough has remained just that: a forbidden treat. Until last year, when edible cookie dough started becoming an actual thing. It began in the United States, with Dō, which opened early last year in Manhattan and became so popular that queues were regularly two hours long!

The craze for edible cookie dough quickly caught on all over the US and according to an article on Eater, data from Google Trends last year showed that edible cookie dough was at the highest index it had ever been. This cookie dough frenzy sparked numerous cookie dough outlets, including a London pop-up called Naked, whose founders included a pastry chef who had worked in Michelin-starred restaurants!

All the way here in Malaysia, cookie dough devotees like myself watched from afar, oohing and aahing over online images of these delicious treats and wishing that we could indulge in them here. Well, guess what? Now we can, thanks to Doh Malaysia (www.dohmalaysia.com), arguably Malaysia’s first edible cookie dough brand. 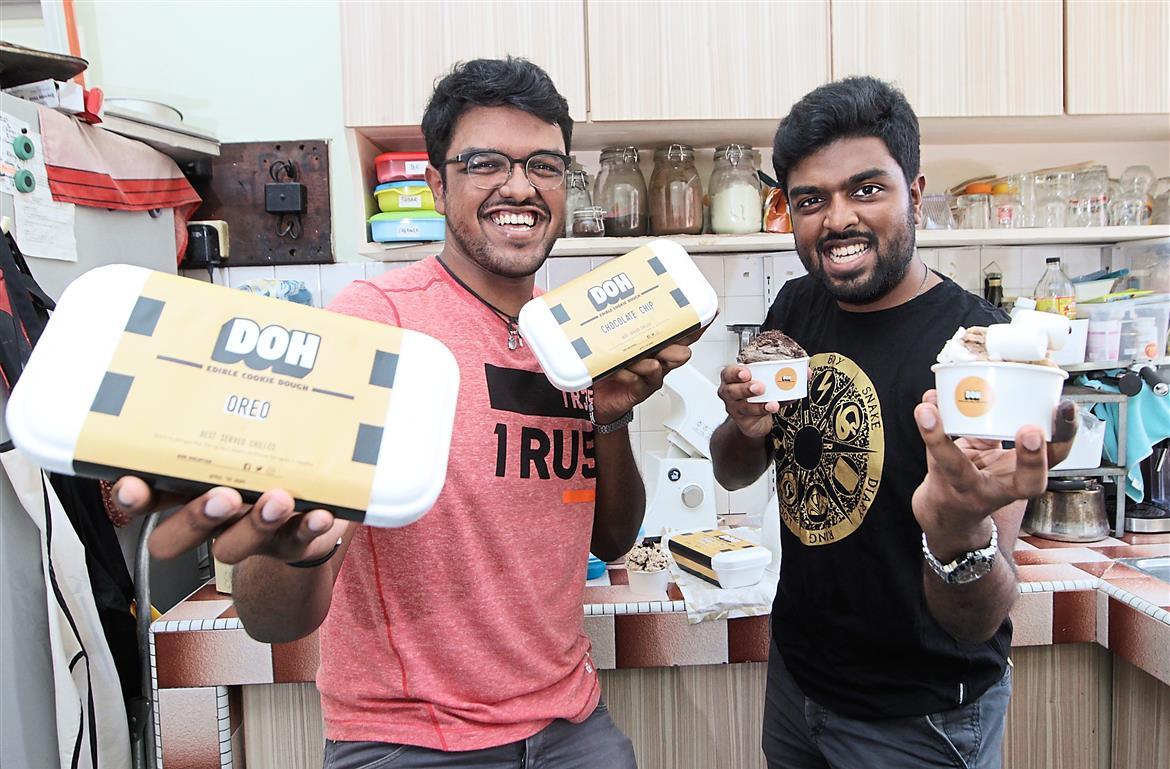 Shailesh (left) and his brother Visvamba are the young people behind the edible cookie dough brand Doh Malaysia.

The brainchild of articulate 21-year-old finance and accounting student Shailesh Nathan, Doh Malaysia was launched in February this year after constant trial-and-error and efforts at improvement.

“I actually started about a year ago because I was in uni and had a lot of free time as my classes weren’t so stressful, so I thought why not try something? I saw a story on the Internet about edible cookie dough in New York and it really intrigued me, and I was surprised that no one had done it here before, so I thought why not? So then I started talking talking to a friend about it, and in January last year, we started working on it,” he says.

Shailesh and his friend ran into problems right from the start. Neither had an F&B background and their first few batches of cookie dough didn’t include eggs at all, which made the texture of their dough too hard when it was refrigerated. Shailesh’s friend eventually backed out of the project but Shailesh ploughed on, finally finding the magic formula for his cookie dough. 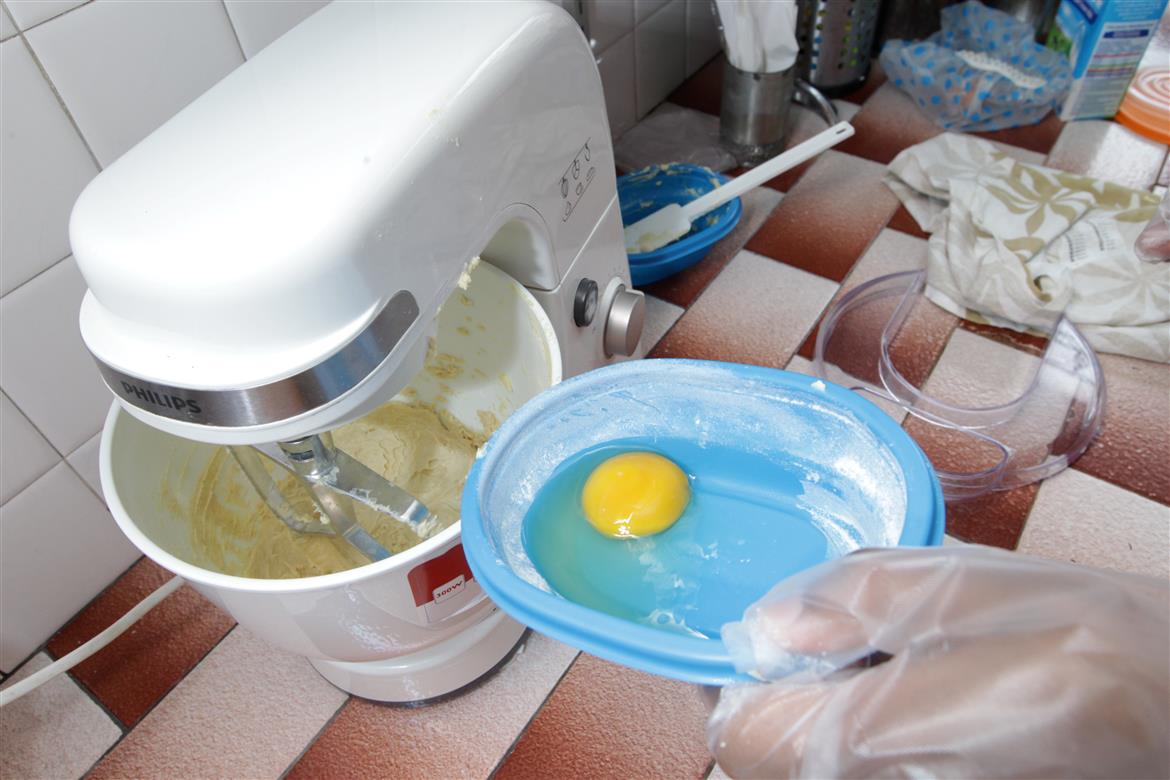 Doh Malaysia's edible cookie dough is made using heat-treated flour and pasteurised eggs, which is what makes it safe to eat.

One of the main concerns people have about consuming cookie dough – even when the marketing material says that it is “edible” – is how safe it actually is to eat. We’ve all grown up believing that raw cookie dough could potentially cause salmonella poisoning – from eggs. While this is true, there is also the risk of food poisoning from flour, which also harbours bacteria. Which is why Doh Malaysia’s edible cookie dough is made using heat-treated flour – the flour is baked in an oven until it reaches 70°C. This has the effect of killing bacteria that may have been present in the raw flour. 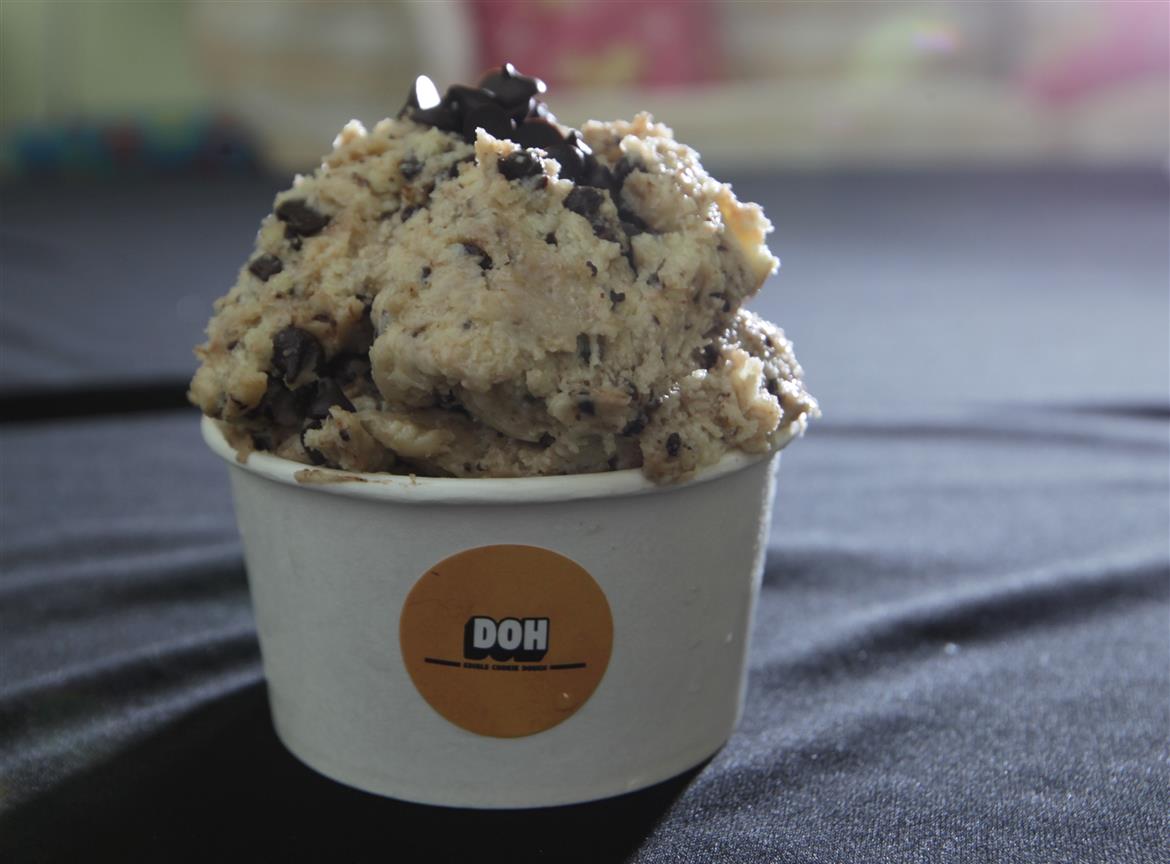 At the moment, Doh Malaysia offers five flavours – chocolate chip, Oreo, marshmallow crunch, salted caramel and matcha, priced at RM20 for 400g and RM29 for 700g, with other offers available on their website. Orders can be made until Thursday, and are shipped out on Saturdays and Sundays (delivery is limited to the Klang Valley at the moment). The edible cookie dough can last for two weeks in the refrigerator and up to two months in the freezer.

So, just what does Doh Malaysia’s edible cookie dough taste like? Well, like every single one of your cookie dough dreams came true. Of the flavours on offer, the chocolate chip cookie dough is a clear winner – soft and thick with vanilla undertones and generous chocolate chips scattered throughout. The Oreo, meanwhile, is a dense, rich chocolatey affair with lots of crushed Oreo atop, while marshmallow crunch is composed of marshmallow and shortbread biscuit in what proves to be a sinfully delicious marriage of flavours. 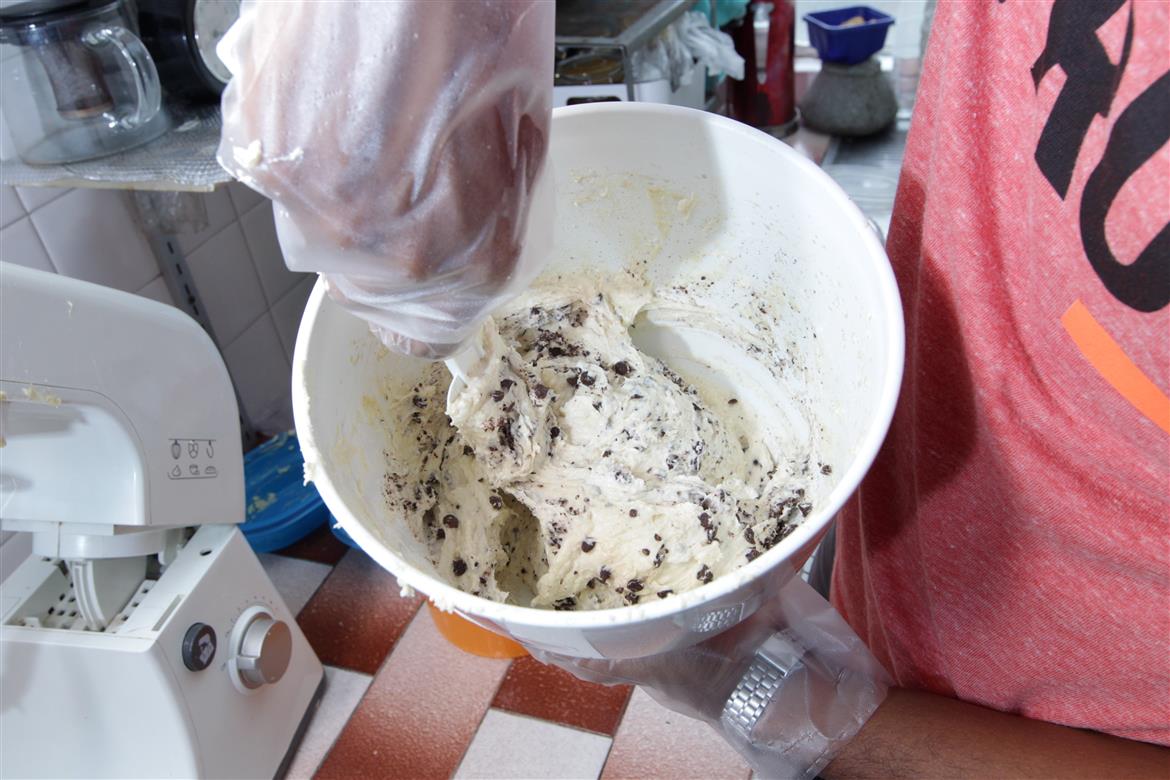 All those dreams of licking the dough clean off the bowl can now come true with Doh Malaysia's edible cookie dough.

Although the cookie dough is crazy delicious, you’ll very quickly suss out that (ironically) while you can now finally eat as much of it as you want, the reality is that you can’t actually consume large quantities in one go. Remember those times you swiped globs of cookie dough from the mixing bowl and felt really full afterwards? It’s the same effect here. I’d say however tempted you might be, a little goes a long way with edible cookie dough, so dole it out in careful portions.

Shailesh says one of the major challenges they have had is managing people’s expectations and educating them about what edible cookie dough actually is.

“A lot of people haven’t heard about edible cookie dough, so they don’t know what to expect. Some people try it and say, ‘Oh, I expected it to be ice-cream!’ But generally, response has been good. And we’ve taken feedback from people, so we’ve adjusted things like our sugar content because some people said our dough was too sweet,” he says. 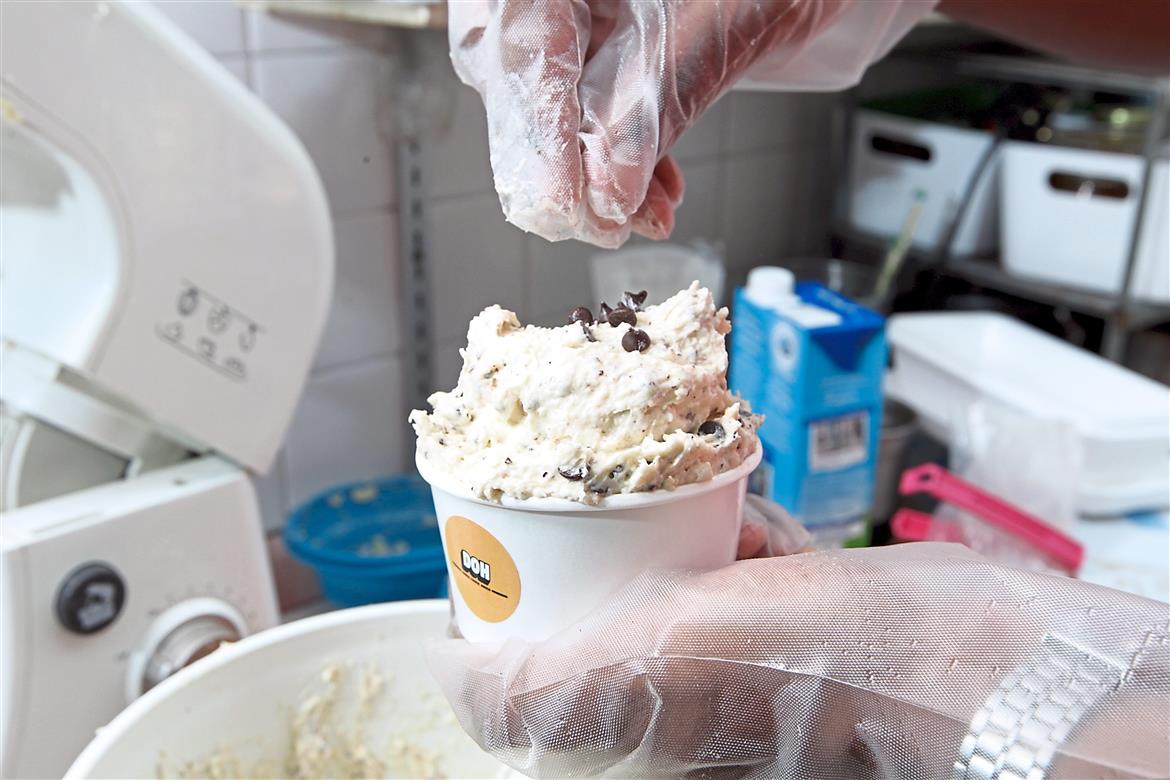 Moving forward, Shailesh and his 22-year-old brother Visvamba (who is his partner in this operation) are looking at kicking things up a notch. They have already invested in a commercial mixer to help increase the volume they can produce, and will soon be looking at expanding their flavour range.

“Anything I see as a cookie, I try to make into cookie dough, so the base is the same for everything, it’s just the flavouring that’s added. We’re looking at adding flavours like red velvet and something with brownies in it,” says Shailesh.

Visvamba says they are also constantly looking at inventive new methods to introduce their product. The brothers recently bought an ice-cream cone machine and have been serving cookie dough in cones when they attend local bazaars, and this has inspired lots of new ideas.

As both brothers are currently studying, they want to keep their business as is for the moment until they have completed their degrees.

“Right now, the plan is to keep it like this until I’m done with my degree in June and then we’ll see. I’d like to do Doh Malaysia full-time for awhile and see where it goes,” says Shailesh.

Doh! Edible cookie dough is now being served in Malaysia